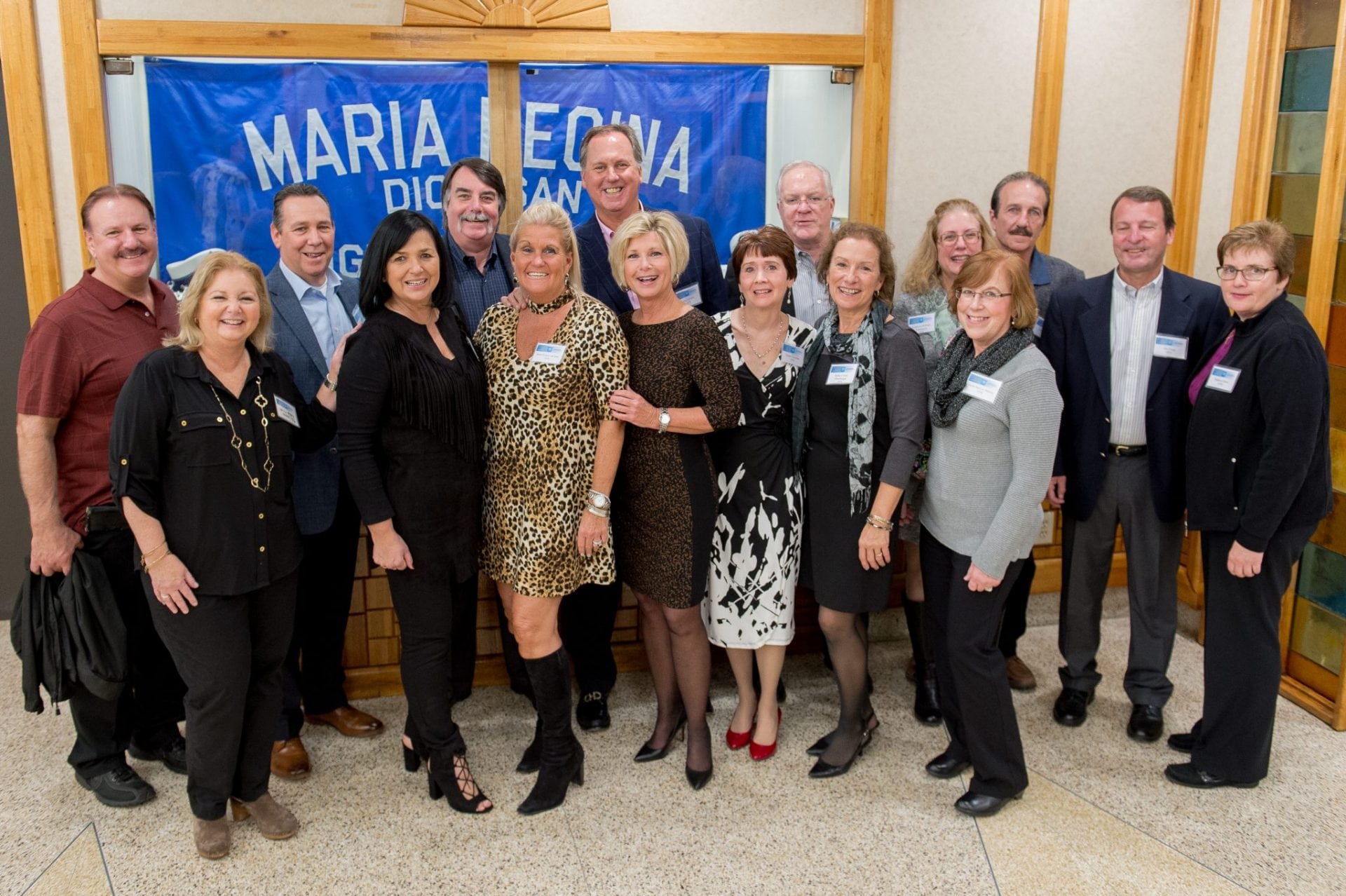 On November 5, 2016, 450 members of the Maria Regina alumni community returned to campus for Mass and a cocktail party celebrating the 50th Anniversary of the opening of Maria Regina High School. Mass was concelebrated by Msgr. James Lisante ’70, Father Philip Eichner, S.M., and Deacon John Catalano ’70. The evening featured a special presentation to Mr. James Jones, who celebrates his 50th anniversary of service.  In the spring of 1966, Mr. Jones began maintaining the construction site that was to be Maria Regina High School, and stayed on after the school’s opening, as well as its transition to St. Agnes Cathedral High School, and, ultimately, Kellenberg Memorial High School.
William Marra ’70, who helped organize the event, reflected on the evening saying, “Our goal was to gather as many alumni as possible and celebrate the wonderful times and relationships that were developed in the building. This was especially true for the class of ’70 since we were there at the very beginning. I wanted to embrace the school spirit that was there when we were students and continues to exist today.  Maria Regina will always be in our hearts and our minds. GO CROWNS!!!”
Jeannie Madelmayer ’77, who played a key role in spreading the word to classmates near and far regarding the celebration, says, “Maria Regina was a special school and having the ability for alumni from every class to get together in a place we still feel is our home was wonderful.  I think for everyone to see how beautiful and full of life the building still is brought such a feeling of pride to all who attended.  The evening really helped to make people realize the spirit of our beloved Maria Regina still lives in the building!”