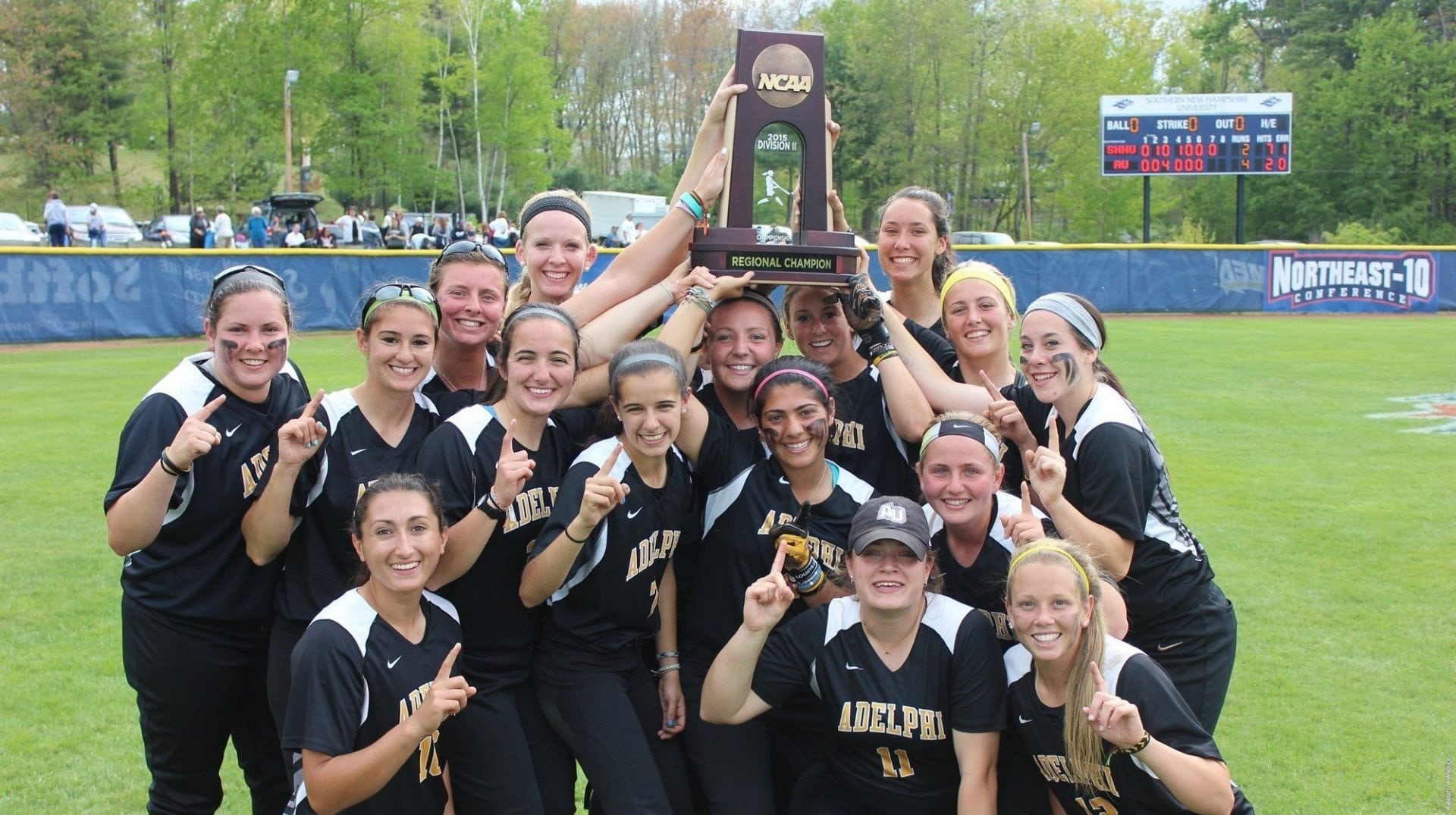 After winning game one in 15 innings yesterday, the Panthers used a 4-2 decision in game two this afternoon to sweep the series and advance to the World Series in Oklahoma this coming week.
Looking to redeem the efforts of the previous inning, with one out in the third Krista King reached on an error followed by Jordan Catalano getting hit by a pitch and Wink singling to load the bases for Martini. Working the count to 2-0, the freshman roped a line drive just over the left field fence to clear the bases and put Adelphi up 4-1 with the grand slam that proved to be the game-winning hit.
Adelphi now moves on to the NCAA Division II Championship this Thursday through Monday at ASA Hall of Fame Stadium in Oklahoma City.
[Krista King’s Experience] at Kellenberg Memorial: Three-year member of the varsity softball team…won three consecutive league championships and three New York State championships…member of the All-Long Island softball team in her junior and senior year… named All- League three times…earned varsity softball Championship game MVP as a senior…named MVP of the varsity softball team in her senior year…earned honor-roll status all four years of high school.