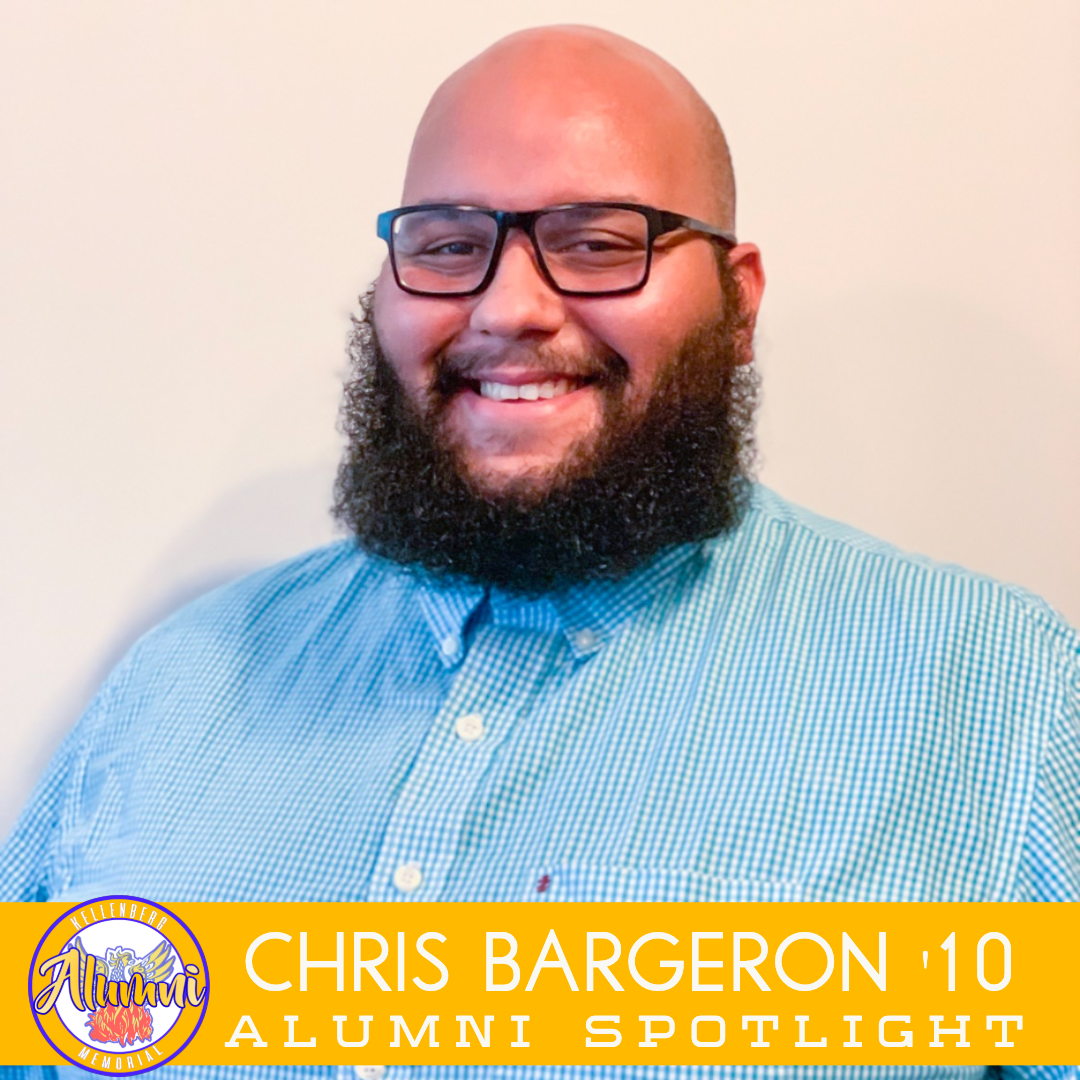 Chris Bargeron ’10 is a Regional Coordinator with Jesuit Volunteer Corps.  In this role, Chris provides formation accompaniment to volunteers in thirteen cities and oversees eleven coordinators in the East cohort. A graduate of Molloy College, Chris holds a Bachelor’s Degree in Adolescent Math Education and Special Education. Before joining JVC, Chris began his post-graduate service years as a Dominican Volunteer in Chicago where he was an ESL and job skills instructor at Heartland Alliance. He continued his service work for refugees in his second year of volunteering in Atlanta, GA at Catholic Charities. There he was an employment specialist, helping refugees gain and/or continue employment primarily in their first years of moving to the US.

How did Kellenberg prepare you for success in college and in your career so far?
Kellenberg helped me tremendously to come “out of my shell” and be involved in the different cities and environments that I have been in the past few years. Kellenberg has helped me find my voice and express who I am. I took advantage of my college experience more by being involved in many different activities and clubs including rugby, the Performing Arts Club and Molloy Student Government. I credit being so active at Molloy to the way Kellenberg shaped me during my time there.
Even before I attended Kellenberg, and I was a student at St. Martin’s, I had an opportunity to take a trip with Kellenberg students to deliver supplies to three New Orleans schools after Hurricane Katrina, which was the start of my service to others in my life. I further explored the idea of service more at Molloy through Campus Ministry and reflected more deeply about the social injustices that are prevalent in this work.

What inspired you to pursue a career focused on service?
While I was at Molloy, I dove deeper into my faith through the lens of the Dominican charism.  One of the main aspects of the Dominican faith is preaching through action; living out your faith by your actions as opposed to just words. I took this to heart and wanted to share my experiences with current volunteers and with those thinking about serving for a year or two. In this state of our world, we all need to be better neighbors to each other and in my position, I encourage others to not only serve for a year, but build a foundation of service and preaching through action in their lives. I continued to be inspired by the hope that someday planting these little seeds of faith in action will result in the world being a better place.
What is the biggest inspiration you draw from your job?
The biggest inspiration is easily the volunteers. I’ve seen three different cohorts of volunteers thus far, and it amazes me how many different stories and perspectives come out from their same work placements. The service year for a volunteer isn’t an easy one. It’s not just a gap year to build a resume with free housing in a city that they’ve always wanted to live in. The people that the volunteers serve come from really tough backgrounds, with tough stories that can be mentally draining sometimes. They are challenged to question the social systems in play that put their clients at such a disadvantage. Being able to share this experience with them as a mentor is life-giving.
Who was your favorite teacher/class, moderator/club, or coach/team when you were a student here, and why?
There were so many teachers and coaches I can think of that helped lay the foundation of the person that I am today. Among them all, my favorite was Coach Alfalla. He was and I know still is, a phenomenal coach and genuinely cares about everyone’s success. He was a big help for me during my junior and senior years to get healthy through wrestling. I always remember an important lesson from something he said at one of the “Meet the coaches” nights for parents for one of the wrestling seasons.  He said that he doesn’t make the call on who the first string wrestlers are in each division and that it’s truly based on the individual’s work ethic. I think that’s stuck with me in that someone isn’t going to hand me everything that I want, and that I have to earn for what I desire, which is, in most recent years, fighting for refugee rights in being able to live a life that they desire.