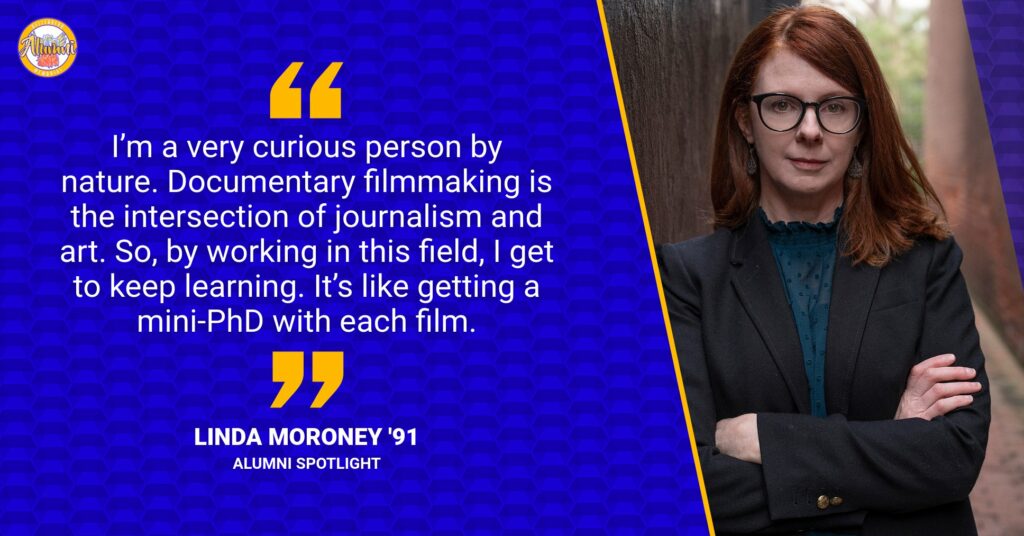 Linda Moroney ’91 is an Emmy award-winning documentary filmmaker, programmer, and educator. Currently, she’s producing and directing a short documentary about Election Day 2020, filmed at five locations in New York state where suffragists are buried. This is the second part of the Women and the Vote NYS project. Previously, she produced and directed ELECTION DAY 2016, which was shown at the Inaugural Meet the Press Film Festival with the American Film Institute in 2017 and licensed by NBC. She also produced and directed the 2019 Emmy Award winner TURN THE PAGE, a film about a literacy program for incarcerated parents, which has been broadcast nationally across PBS. She was a producer on THE LAST DALAI LAMA?, which screened theatrically across North America during the summer of 2017 and she was the associate producer RAM DASS FIERCE GRACE, named by Newsweek as one of the five best non-fiction films of 2002, and broadcast nationally on PBS.

In addition, Linda programs the One Take Documentary Series and Film Festival at the historic Little Theatre in Rochester, NY, and teaches filmmaking at St. John Fisher College. She is the founder of the Rochester Documentary Filmmakers Group and co-founder of the Rochester Teen Film Festival. She also established the Election Day Grant for Rochester-based documentary filmmakers. She began her filmmaking career working on Academy Award winner Faith Hubley’s last six animated films and as an associate producer on Emily Hubley’s SET SET SPIKE. Find out more about Linda and her work by visiting www.lowtotheground.com.

What inspired you to pursue a career in documentary filmmaking and production?

I’m a very curious person by nature. Documentary filmmaking is the intersection of journalism and art. So, by working in this field, I get to keep learning. It’s like getting a mini-PhD with each film. 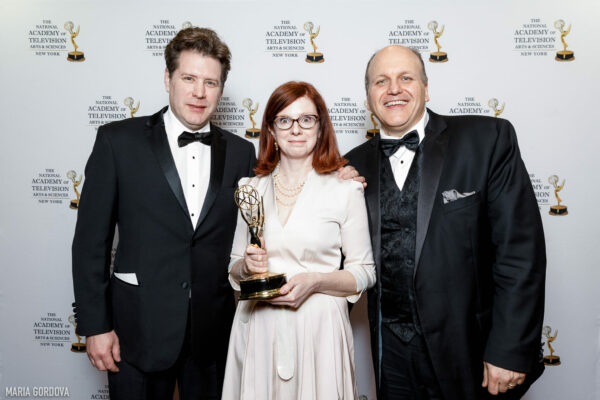 Quite a few ways. But the two that stand out the most are: 1) I’m truly grateful that our class was so diverse. That’s incredibly important in developing empathy and compassion and 2) AP History & English. Those classes taught me to look at the WHOLE picture and see how things are interconnected. Thanks Mr. Buckley & Mrs. Egan!

Do you have any advice for current students or young alumni who are interested in pursuing a career in filmmaking and production?

Filmmaking is a craft and the best way of learning a craft is by doing. Working on it each day. Whether that means filming, editing, or writing a page or two. Also, develop a thick skin. Rejections can hurt, but they’re usually not personal.

I had long thought the only thing I remembered from French class was “fermez la bouche.” Sorry, Brother David! But, years after graduating, I found myself in the French-speaking part of Belgium. Every night I conjugated verbs in my dreams, and it all came back to me. Clearly, I had learned more from him than I realized! Thank you!