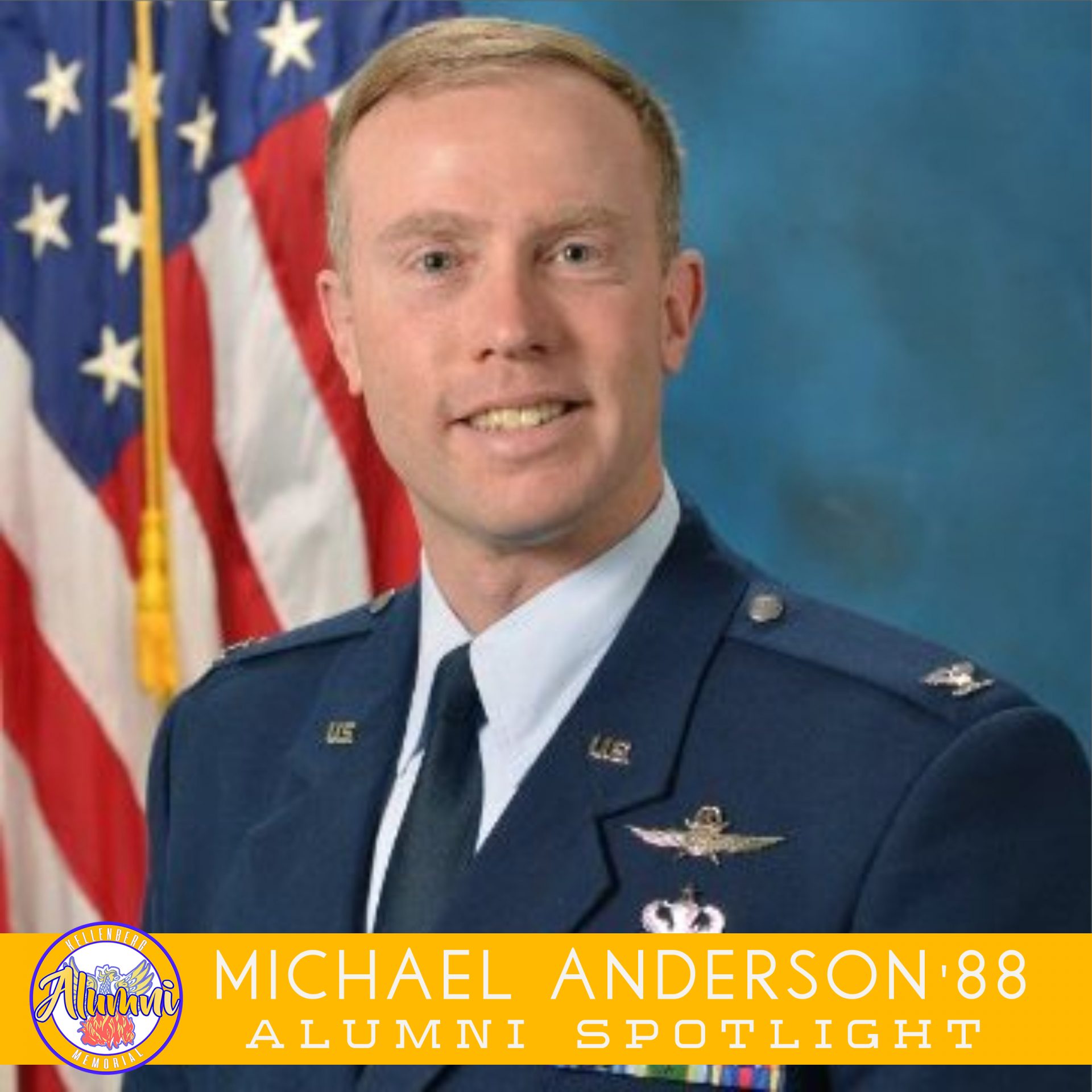 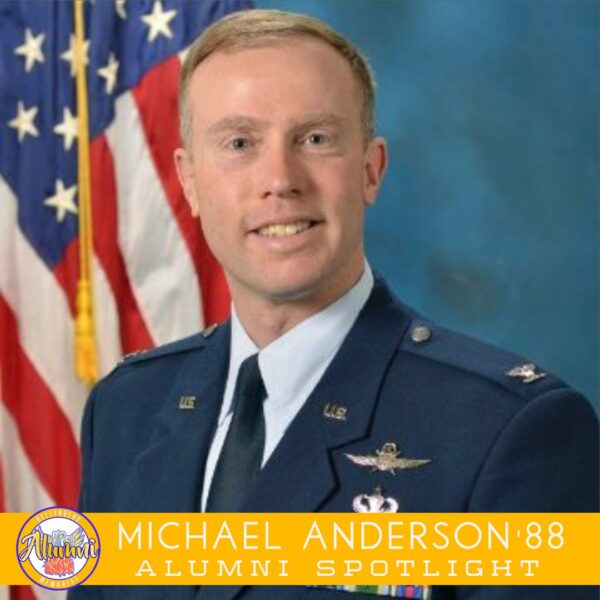 Michael Anderson ’88 recently retired after 25 years of active duty service with the United States Air Force.  He retired at the rank of Colonel, with his last post being at Maxwell Air Force, AL. His ceremony was held on Lexington Green, the site of the battle of Lexington and Concord outside of Boston, MA, and he was awarded the Legion of Merit.  Michael now lives with his wife, Sara, and children, Marcus (13) and Erin (11), in New Hampshire and is pursuing a Ph.D. in history at the University of New Hampshire.
What inspired you to serve our country by joining the United States Air Force?
I always felt I had a calling to the military.  When speaking to family, I thought the Air Force would be the best fit, so I applied for the ROTC program at Boston University.  I didn’t get a scholarship at first, but after a semester of good grades, I was offered a full ride. I can partially thank Kellenberg – they helped me take 4 AP exams, of which two qualified for college credit.  That allowed me to take a lighter load during my first semester in college, which helped boost my GPA and that was critical to the scholarship and my eventual commission as a second lieutenant.
How did it feel being awarded the Legion of Merit?
It was a big honor, especially since it was not automatic.  Normally, you have to be a higher level commander, but General Kwast was a great leader and mentor, and he supported me fully.  But I think the Bronze Star was my most rewarding. Earning that as a Captain for my deployment right after 9/11 is one of my proudest moments.
How did Kellenberg Memorial shape who you are today?
Kellenberg, and St Agnes before it, had a great combination of excellent education, good discipline without being stifling, caring teachers, and sports programs that were serious, but focused on development as much as winning.  I was able to be in the Math Club, Computer Science Club, and play baseball and soccer. All those things helped me with my military career, assisted me with mentoring others since I had so many good examples myself, helped drive me to stay physically fit, and since I had a career as a telecommunications officer, gave me a very good educational foundation to build upon.
You recently attended your 30 Year Reunion.  Did you enjoy reconnecting and being on campus again?
I am a very nostalgic person, so it was fantastic to see everyone.  I cannot believe how much the campus had changed from when I graduated!  It is incredible. And my fellow classmates are just fantastic. I only regret that more could not come, especially those who have passed away.  So it was bitter-sweet. Still, it was a great experience.
Who were some of your favorite teachers from your time as a student here?
There were so many.  Ms. Pospisil (now Mrs. Dugal) was one of my first teachers my freshman year and certainly inspired me towards science.  Mr. Gigliotti was a fantastic math teacher, very down to earth, and one of the funniest people ever. Mr. Buckley’s History classes were always fun and interesting – I am actually pursuing a Ph.D. in history and I know he had some influence in that.  There were so many, I could go on and on.