Victoria Bell ’18 is a junior multimedia journalism student at Hofstra University’s Lawrence Herbert School of Communication. She is currently interning for CNBC Make It in the digital video department. She has also completed an internship at Newsday in the lifestyle department. Victoria is also a director, producer, and host for 88.7FM WRHU, as well as an editor for The Hofstra Chronicle.

What has inspired you to pursue a degree and future career in journalism thus far?

It was actually the Communications Club at Kellenberg that inspired me. Before going to Kellenberg I wanted to be a psychologist and I definitely had a change of heart in high school with what I wanted to do. During my freshman year, I used to do the morning announcements and for whatever reason, it just sparked in my mind, “Oh, this is a career that I could pursue.” I kept with it and eventually my junior year I was a producer and continued that into my senior year. I started to make packages by interviewing the Drama Club. I did features on The Little Mermaid and Bye Bye Birdie those projects really transformed the way I looked at broadcast journalism.

How do you think your time at Kellenberg Memorial helped prepare you for your success in your academic and professional pursuits?

Kind of similar but again, being a producer for the Communications Club was a huge part of that. We were basically in charge of everything involved with assembling and running the morning announcements. It was very hands-on. Mr. Beyrouty really let us handle a lot of it. That helped in giving us a sense of responsibility. I learned at Kellenberg how to manage a rundown, and that is something I’m now responsible for a Hofstra’s radio station. Also, Kellenberg’s big emphasis on encouraging students to get involved and join clubs inspired me to be a part of lots of different things, which has helped me to learn how to balance everything that I do now.

Do you have any advice for current students or young alumni who are interested in pursuing a degree in journalism?

Try to get involved as much as you can. During my freshman year at Hofstra, I looked up all the journalism-related organizations and joined everything. It’s important to test everything out and figure out the best fit for you. Even within journalism, there are so many paths you can take. So you need to try everything to fine-tune how to achieve your ultimate goal.

I’m really appreciative of Mr. Beyrouty and everything that he did for me and the rest of the Communications Club. Mr. Beyrouty allowing me to work on special features really solidified my desire to pursue journalism. He always had great advice. 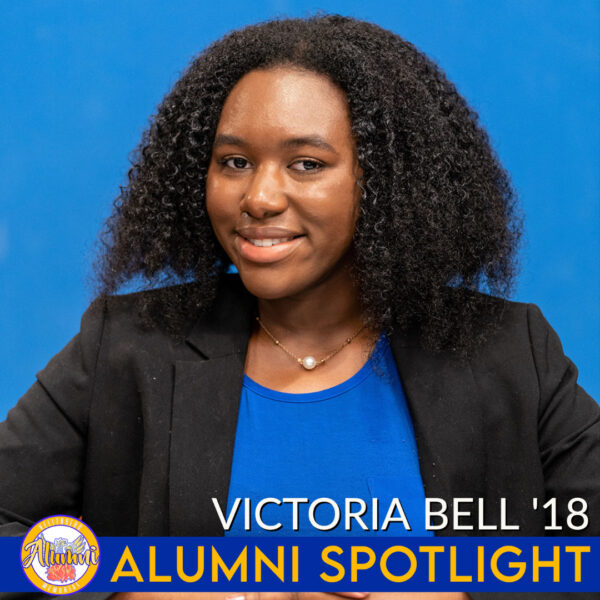