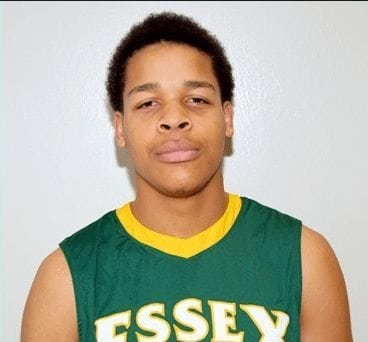 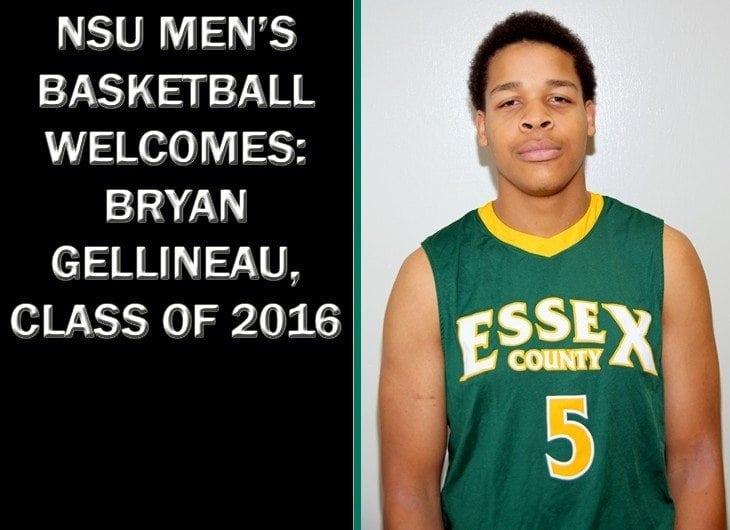 NORFOLK, Va. – The Norfolk State men’s basketball program added size to next year’s roster when it signed 6-foot-10, 240-pound center Bryan Gellineau to a national letter of intent on Friday. Gellineau will have two years after eligibility remaining after finishing this season at Essex County College in New Jersey.
“We are excited to welcome Bryan to our 2016-17 recruiting class,” said Norfolk State head coach Robert Jones. “He immediately addresses our post depth for next season. At 6-10, he plays extremely hard and carves out space underneath the rim. He brings a hard-nosed, tough approach to the game. His best basketball is ahead of him, and we can’t wait to get him on campus.”
In five games so far this year, the native of Massapequa, N.Y., has bumped his scoring average up from last year to 7.2 points per game to go along with 5.0 rebounds and 1.6 blocks. Gellineau is currently in his second season with Essex County, which is aiming for its fourth straight trip to the National Junior College Athletic Association (NJCAA) Division II tournament in 2015-16.
Gellineau tallied 5.1 points, 5.0 rebounds and 1.5 blocks per game as a freshman in 2014-15. He shot slightly better than 50 percent overall on an Essex team that finished 25-6 and won the District 12 and Region 19 championships for the third straight year.
Gellineau competed for Kellenberg High School in Uniondale, N.Y., as a senior in 2012-13 before attending Eastern Wyoming College in 2013-14. He will thus be a redshirt junior in 2016-17 in his first season with NSU and will have two years to play two seasons.
The Spartans will have to replace three seniors off this year’s squad when they head into the 2016-17 season. In addition to Gellineau, NSU will also have the services of 7-0 center Dan Robinson beginning next year after sitting out this season due to NCAA transfer rules, giving NSU three players standing 6-10 or better along with current freshman Moses Toriola.