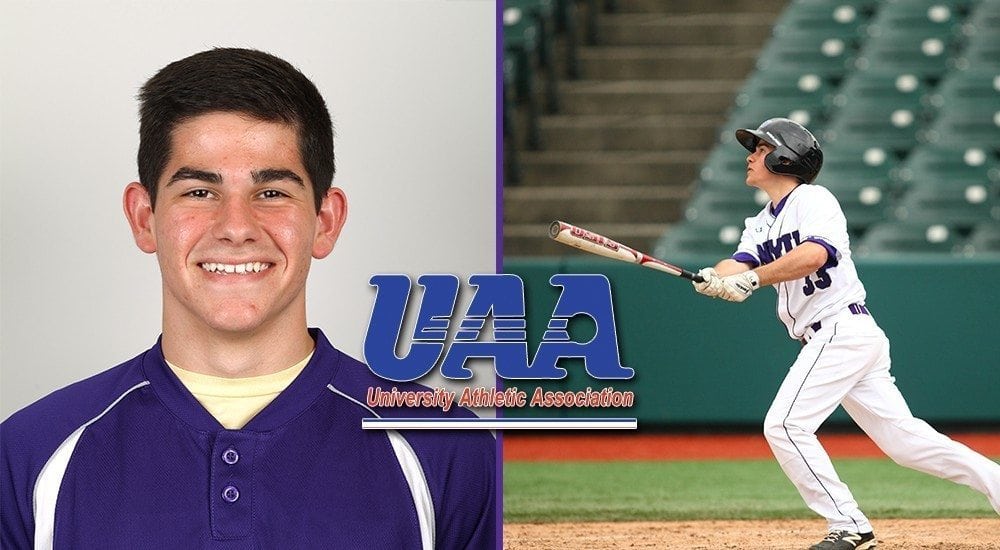 Originally posted on gonyuathletics.com
Billy Griffo of the New York University baseball team was named University Athletic Association (UAA) Athlete of the Week – Hitter on Monday, April 27.
Griffo played in three of Violets’ five games last week, each of which resulted in wins for NYU. The freshman had his best game to-date last Thursday, April 23, when the squad rallied to defeat Centenary College 13-12 at MCU Park in Brooklyn. Griffo had five RBIs in the victory, including a clutch two-out, two-RBI single to tie the game in the bottom of the ninth. Later in the inning, the third baseman scored the winning run on a wild pitch.
Over the course of the week, Griffo had a .636 batting average (7-for-11), an .818 slugging percentage and eight RBIs. He also scored four runs and stole a base.
This is the first career weekly honor for the Rockville Center, NY, native.
Griffo and the rest of the Violets return to the field later today at Ursinus College in Collegeville, PA. First pitch is scheduled for 4:00 pm and live stats will be available.