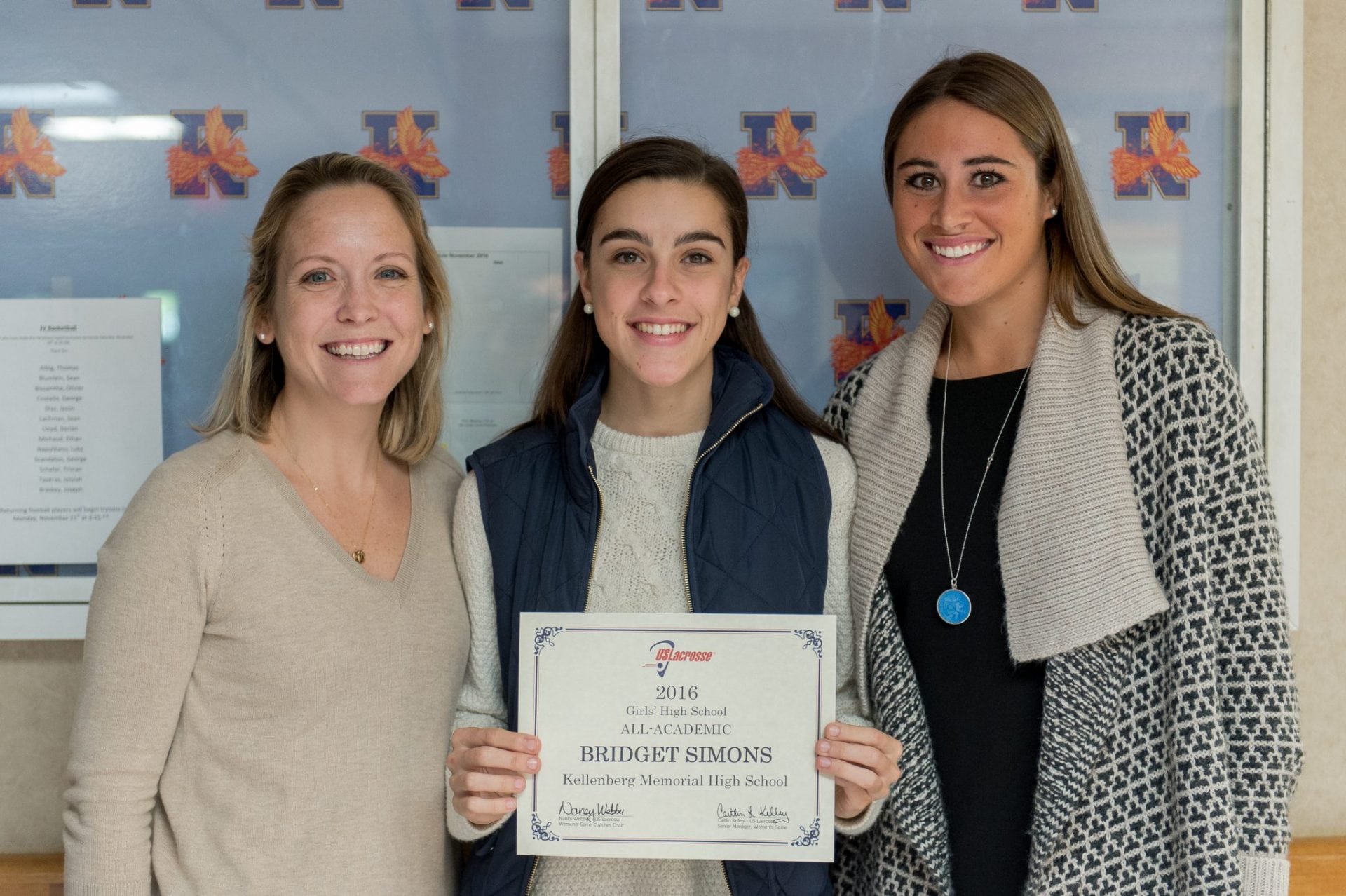 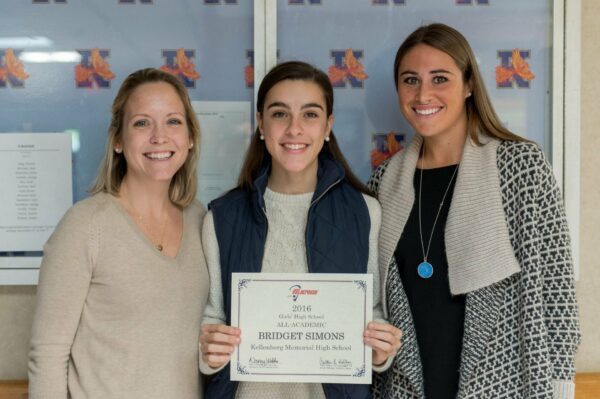 A huge congratulations in order for Kellenberg alumna Bridget Simons.
She received the award and honor of being named Academic All-American (All-Academic) by US lacrosse for the 2016 season. This is the first time in Kellenberg girls’ lacrosse history that a player has been awarded this honor. We were finally able to present her with her certificate when she returned home for Thanksgiving break from the University of Notre Dame.
An All-Academic player has to not only exhibit exemplary lacrosse skills and good sportsmanship but has to represent high standards of academic achievement in the classroom. An All-Academic player should also make significant contributions of service to their school and/or community.
Bridget Simons met and exceeded all of these standards. She was ranked #1 out 547 graduates from Kellenberg’s 2016 graduating class. She earned the Academic Excellence Award at graduation. Bridget was a passionate lacrosse player who made major contributions to our junior varsity and varsity teams since she was a freshman. She was an all-league award recipient throughout her time at Kellenberg Memorial. Bridget was a leader in draw-controls, which helped lead our teams to countess victories. She was named as a captain for her senior year.
Bridget always led by example on the field and inside/outside of the classroom. She was a volunteer at Hofstra’s summer camp REACH program as well as countless service activities and clubs at Kellenberg Memorial. Bridget Simons is truly deserving of this award.