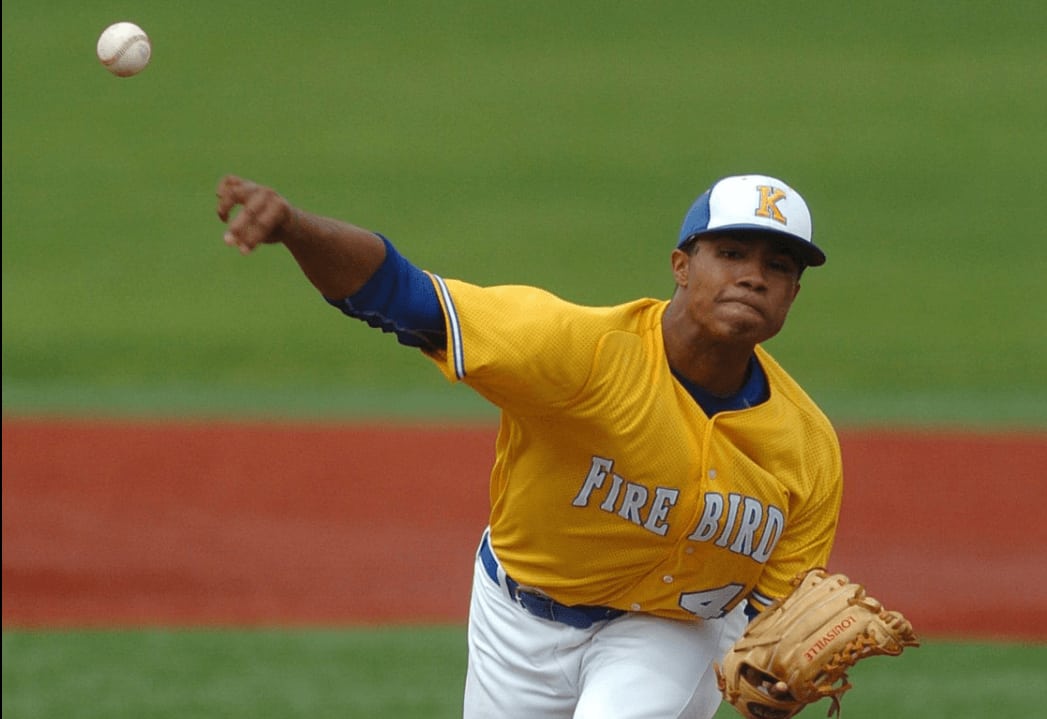 Congratulations to Jason Diaz as he was named one of Newsday’s top five baseball players on Long Island.
Here is what Newsday’s Gregg Sarra had to say about Jason:
There is a special quality about Diaz that jumps out at you. He’s a very quiet, unassuming young person, yet, extremely motivated. The righthander is blessed with a 94-mph fastball, a rarity at his age.
Diaz is being touted as the next first- or second-round draft pick from the Long Island area in 2019. And he remains humble and hardworking.
“He’s genuinely a beautiful person, a real role model” Kellenberg coach Chris Alfalla said. “He embodies everything that our Catholic school preaches. We are about civility, order, and respect. He reaches out and mentors teammates and younger players in their development. He really is a special kid. Oh, and he’s a great baseball player.”
The 6-1, 220-pound flame thrower is committed to the University of Miami. He earned the win in the third and decisive game for Kellenberg in the CHSAA championship last year as a sophomore.
“He was so composed,” Alfalla said. “He was lights out.”
The high velocity strikeout pitcher with a superb mix of off-speed pitches finished the season with a 5-1 record with 53 strikeouts in 38 innings and a 0.55 ERA to earn Newsday’s second team All-Long Island.
“I had the opportunity to win a title and represent my school and that was important,” Diaz said. “My Catholic faith is also important to me. I enjoy mentoring young people and spending time with the freshmen. We pray, teach them about our faith and how to become good fathers and role models.”
Read the whole article by clicking here.