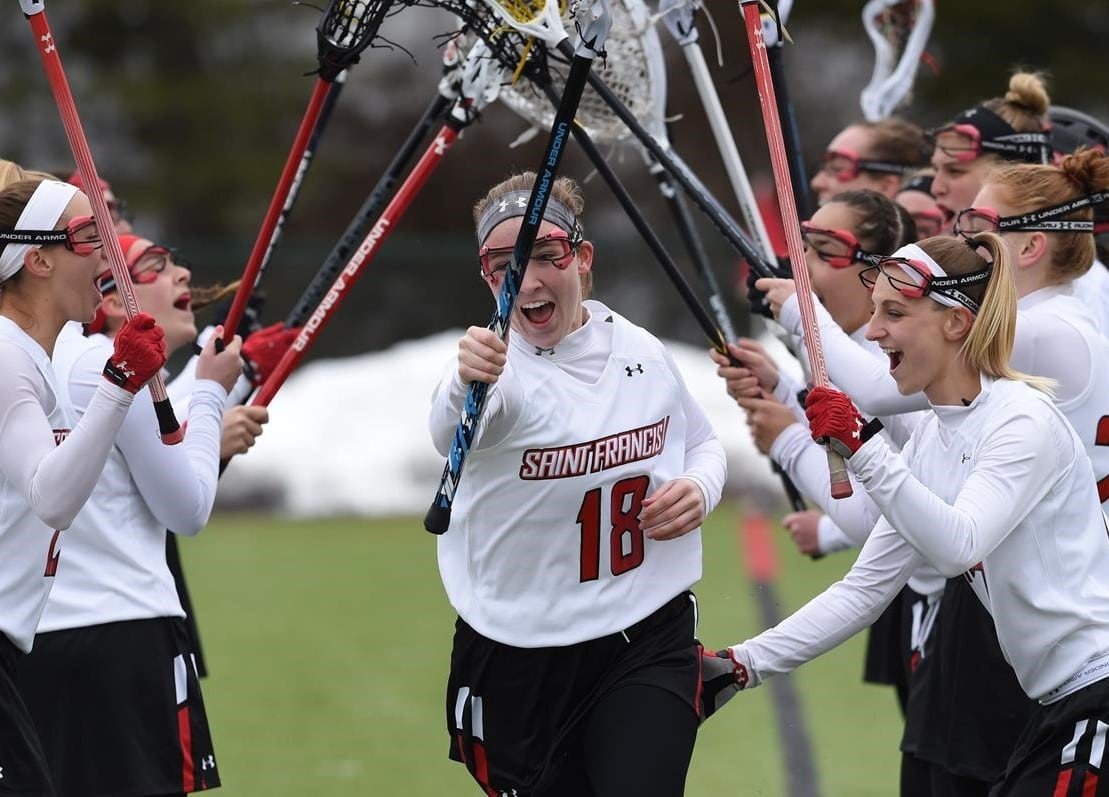 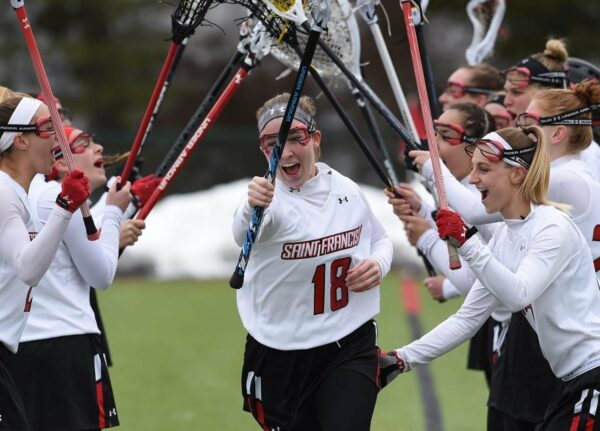 Somerset, N.J. – Junior attacker Sarah Mahon (Malverne, N.Y./Kellenberg Memorial) collected the second NEC Player of the Week honor of her career and her first of the season on Monday after scoring 11 goals in two games last week.
Mahon opened her week with a team-high four goals in a 13-12 loss at Fresno State. The four tallies, which were a season-high at the time, were shattered in Saint Francis’s 21-14 win at Saint Mary’s as she scored seven goals to go along with two assists.
Mahon’s nine points tied the Saint Francis single-game record. Teammate Holly Lawrence (Damascus, Md./Damascus) also scored nine points this season in a win over Longwood. Mahon bested her previous career-high of five goals, which she set as a sophomore vs. Radford.
The junior ended a Saint Mary’s 6-0 run in the second half with three goals in a span of 5:53 to put the game away.
Mahon is solo second on the team in goals (26) and points (32) and ranks in the top 10 in the NEC in both categories.
Saint Francis is off to a 5-4 start and has won five of the first six Player of the Week honors. Lawrence has won the award three times and freshman Sydney Davis (Harwood, Md./Southern) has won it once.