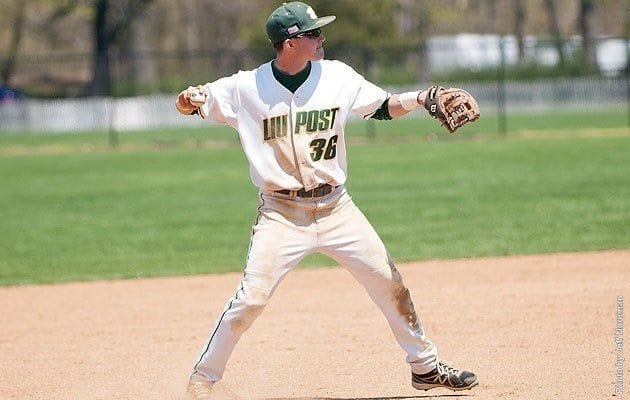 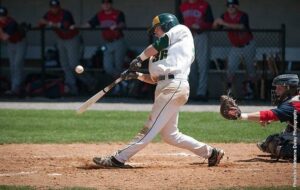 Originally posted on liupostpioneers.com
LIU Post senior third baseman Tom Tolan (Malverne, N.Y.) has been named the East Coast Conference Player of the Year, as announced Wednesday by the league office.
Tolan, also the conference’s first-team third baseman, bounced back from playing in just two games in 2013 to garner the conference’s top honor in 2014. In 33 games, Tolan smacked 44 hits in 122 at-bats to finish second in the ECC with a .361 batting average. The righty collected at least one hit in 25 out of the 33 contests he played in, and posted 13 multi-hit games. He also racked up three doubles, two triples, and 16 RBIs on the season.
In addition, Tolan ranked among the Top-10 in the ECC in runs (26), hit by pitch (9), stolen bases (15), and on-base percentage (.435). He excelled defensively at the hot corner as well, making only four errors for a .955 fielding percentage.

Gold Team Victory At Annual Blue And Gold Showcase
May 17, 2022
Go to Top