A Great Start For The Speech and Debate Team 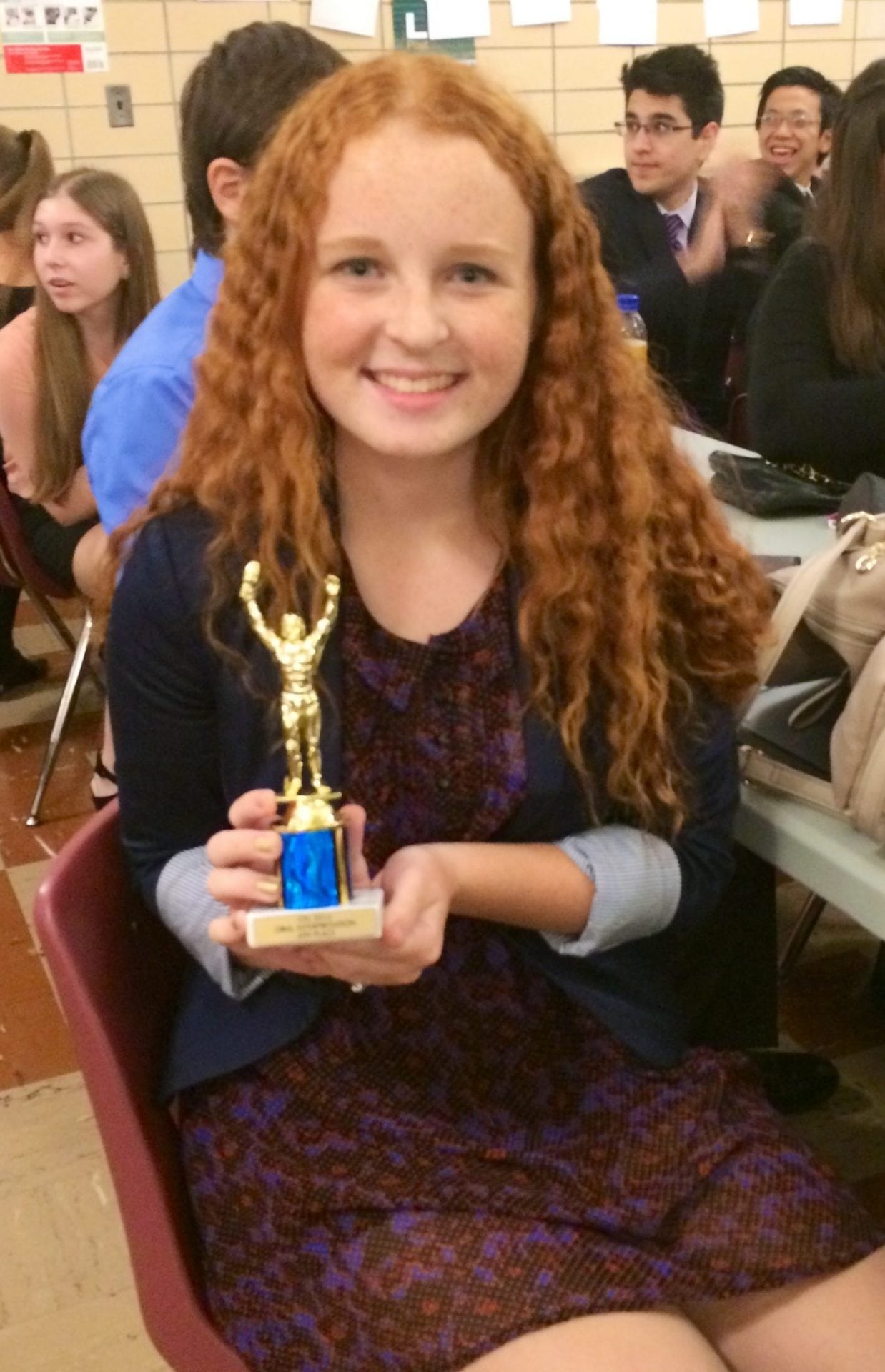 The Speech and Debate Team is off to a strong start this school year. With many of the graduating seniors gone, the team has taken on a youth movement. Many members of the team are novices and new to the activity. This has not stopped the team from achieving a great deal of success early on. As with every year, the goal for the team is to qualify competitors for the NYSFL (New York State Forensic League) State Tournament, which will be held in April. This year the tournament will be held at SUNY Oneonta.
Junior Fiona Danyko is already qualified to compete at states this year. Fiona competes in the speech category varsity oral interpretation. She only needed two tournaments to get her half qualifications. At the first tournament of the year held at Sacred Heart Academy, Fiona finished in fifth place overall. On November 1st, Fiona finished in second place overall. Looking to join her at states are fellow speakers and juniors Artemis Tsagaris, Danielle Santevecchi and Gabrielle Caracciolo. All three received honorable mention at the November 1st tournament.
The debate team has also had its share of triumphs. Junior Timothy Byrne is halfway qualified for the state tournament. At the last debate on October 25th Timothy debated to a record of 3 and 1 and finished in third place competing in JV Debate. What has been the most impressive is the work of the many novice debaters on the team. Freshmen Faith O’Connor and Maddy Connolly have debated admirably, achieving a record of 3 and 1 in their most recent debates. Novice public forum debaters Stephanie Parmiter and Paige Perrone received their first half qualification at the last debate. Stephanie and Paige are both freshmen. Sophomore public forum debaters Lizzie Allhusen and Eva Gomez also received their first half qualifications finishing with a 3 and 1 record overall.
Needless to say the future looks bright for the Kellenberg Speech and Debate Program.