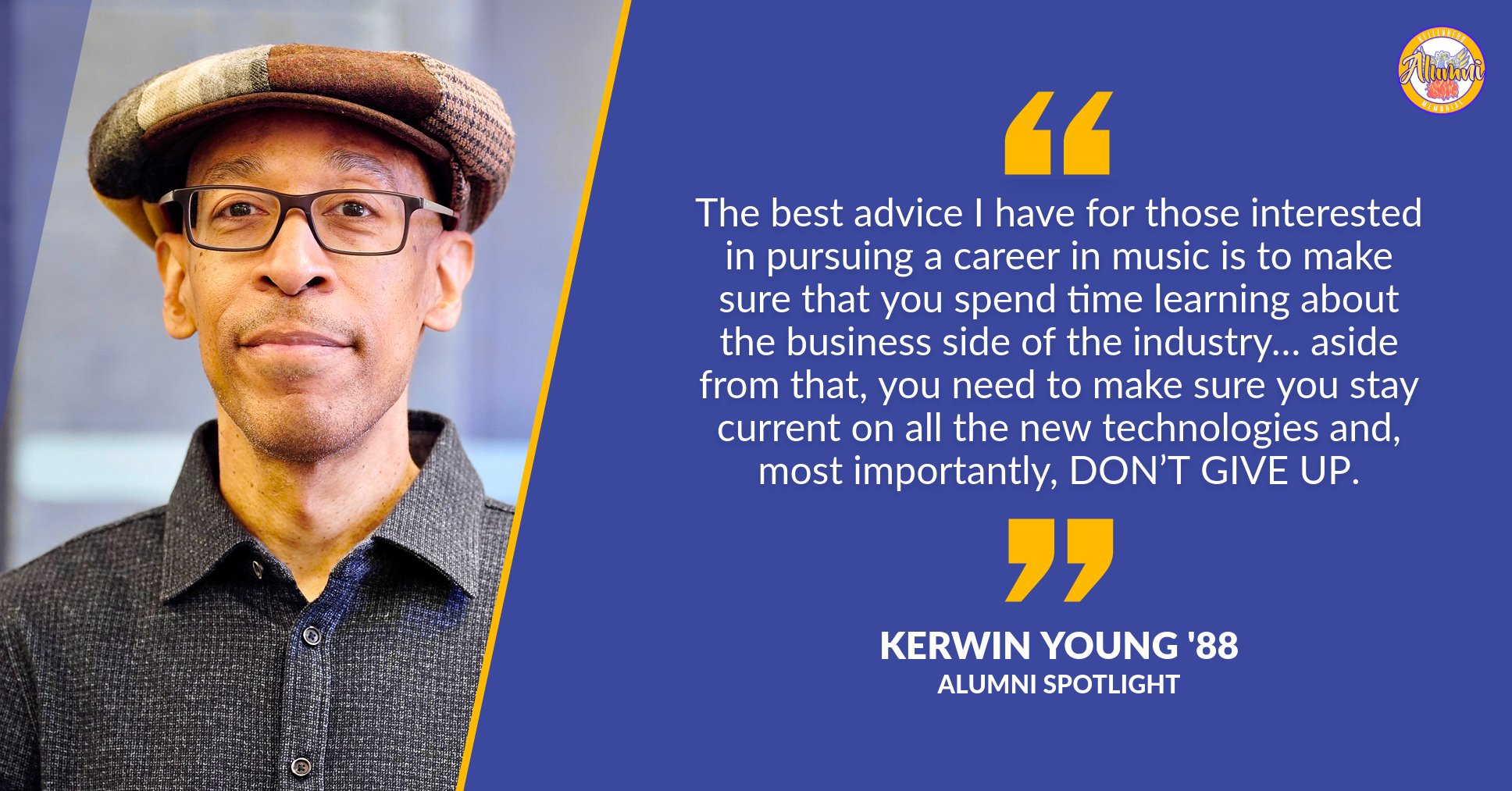 Kerwin Young ’88 is a concert and media composer with nine symphonies and a plethora of epic orchestral works. He is an award-winning and multi-platinum Rock & Roll Hall of Fame recording producer, multi-musician, educator, Hip-Hop Cultural Ambassador, and Performing Rights Associate with the U.S. Department of State (Next Level).

Kerwin Young earned a B.M. and M.M. in music composition at the UMKC Conservatory of Music and Dance, where he studied with Chen Yi, Zhou Long, and Jazz Messenger legend Bobby Watson.

What inspired you to pursue a career in music?

I grew up in a very musical family. My dad, who played trombone, made me and my brothers each learn an instrument. My mom was in the chorus at church. and I had a lot of professional musicians in my family. Seeing others reach such great heights in music made me realize that I could do it too.

How do you think your time at Kellenberg Memorial helped to prepare you for your success in your academic and professional pursuits?

Kellenberg was super strict, but the teachers were also really supportive. I utilized my time in high school to delve deeper into my academic passions. There was a certain amount of academic freedom that allowed me to study subjects that weren’t built into the curriculum. I was really into ancient history and different religions, so I would use the library all the time to explore those areas. I also made every minute at school count. I had to get all my work done in order to be able to do my understudy work with Public Enemy, so I figured out how to multitask and balance it all. I was at the top of my class, but definitely had fun too.

Do you have any advice for current students or young alumni who are interested in pursuing a career in music?

The best advice I have for those interested in pursuing a career in music is to make sure that you spend time learning about the business side of the industry. When I first started out, I thought I knew everything. However, I didn’t have a publishing company and so I lost out on huge amounts of money in royalties. Aside from that, you need to make sure you stay current on all the new technologies and, most importantly, DON’T GIVE UP.

My homeroom teacher, Mr. Roache, was great. He was also one of the baseball coaches. I loved baseball, but threw my shoulder out during tryouts and realized that part of my life was done. I also remember really liking my typing teacher, Mrs. Trykko. Overall, all the teachers were very supportive.