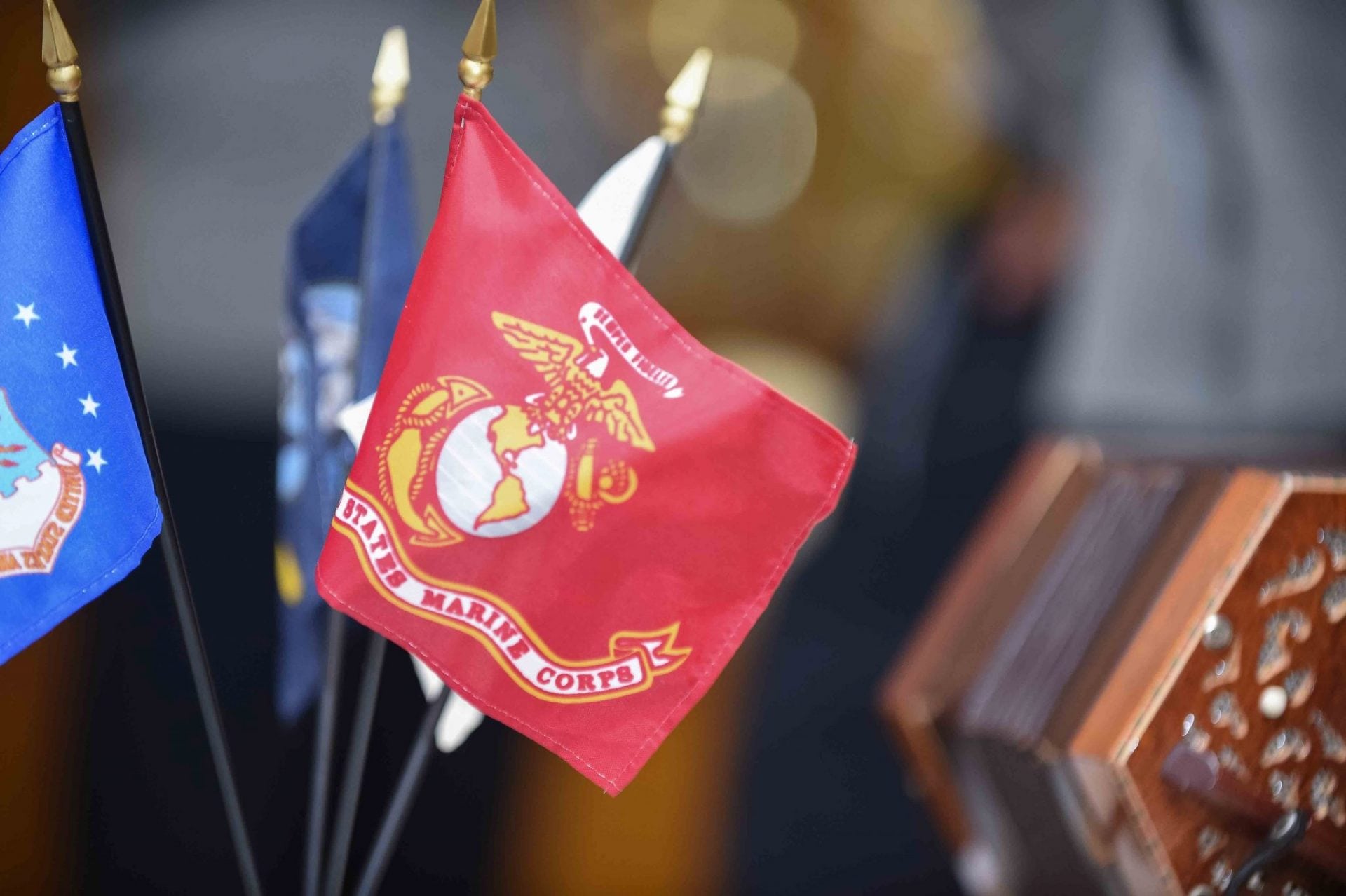 Article by Danielle Santevecchi ’16:
As Americans, we enjoy freedom, a value that has become a part of our daily life. Democracy, liberty, and the pursuit of happiness all act synonymous to what it means to be an American. However, it is easy to forget how we came to receive these rights. On November 10, the Kellenberg Memorial History Club held its annual Veteran’s Dinner to honor the sacrifices made for our great country. The event took place from 7:00–9:00 PM in the cafeteria and was open to Kellenberg students and their family members, especially those who served in the armed forced or are currently serving.
When guests began to arrive, they were handed a pamphlet with their seating assignments and were encouraged to take a picture in a unique photo area. Members of local reenactment groups often stepped into the photos with attendees, donning uniforms from World War II or the Civil War. Each member of the History Club was assigned to a specific job, one being the artifact table that stood on the right side of the cafeteria. At this station, guests were encouraged to submit their artifacts and mementos for display. Some especially interesting pieces were medals of honor, helmets from soldiers, and plaques received by veterans.
When the event began, Kellenberg’s Boy Scout troop respectfully brought the American flag as well as other flags to the platform stage and all paused to sing the national anthem. Afterwards, senior Sarah Ellis, the Mistress of Ceremonies, welcomed all to the dinner and History Club Officer and senior Nicole Gilette delivered a Veteran’s Day prayer.
Following this, senior Miles Velez delivered a speech honoring those who were prisoners of war or missing in action. In front of him was an empty chair at a table set with dining ware, and Miles acknowledged that those that have been lost could not toast or be present that night.
When it came time to eat, the Firebird Swing chorus preformed different popular hits as guests enjoyed their dinners. Following this performance, speeches were also given by senior History Club officers Joe Egan and Danielle Santevecchi, and seniors Charlie Russell and Peter Guariglia. These speeches all highlighted sacrifice, honor, and thanksgiving, and during Peter’s recitation of a poem, senior Erin Lyons added to the reverent atmosphere with a beautiful violin solo.
After dessert was served and the night began to come to a close, it was time to read the names of those veterans present at the dinner. As the names were called by Sarah Ellis, the veterans stood up and were applauded. Overall, the night was a great success for the members of History Club and SALT. Though Veteran’s Day has passed, the tribute dinner reminds us of the importance of always remembering sacrifice, and most of all, the cost of freedom.