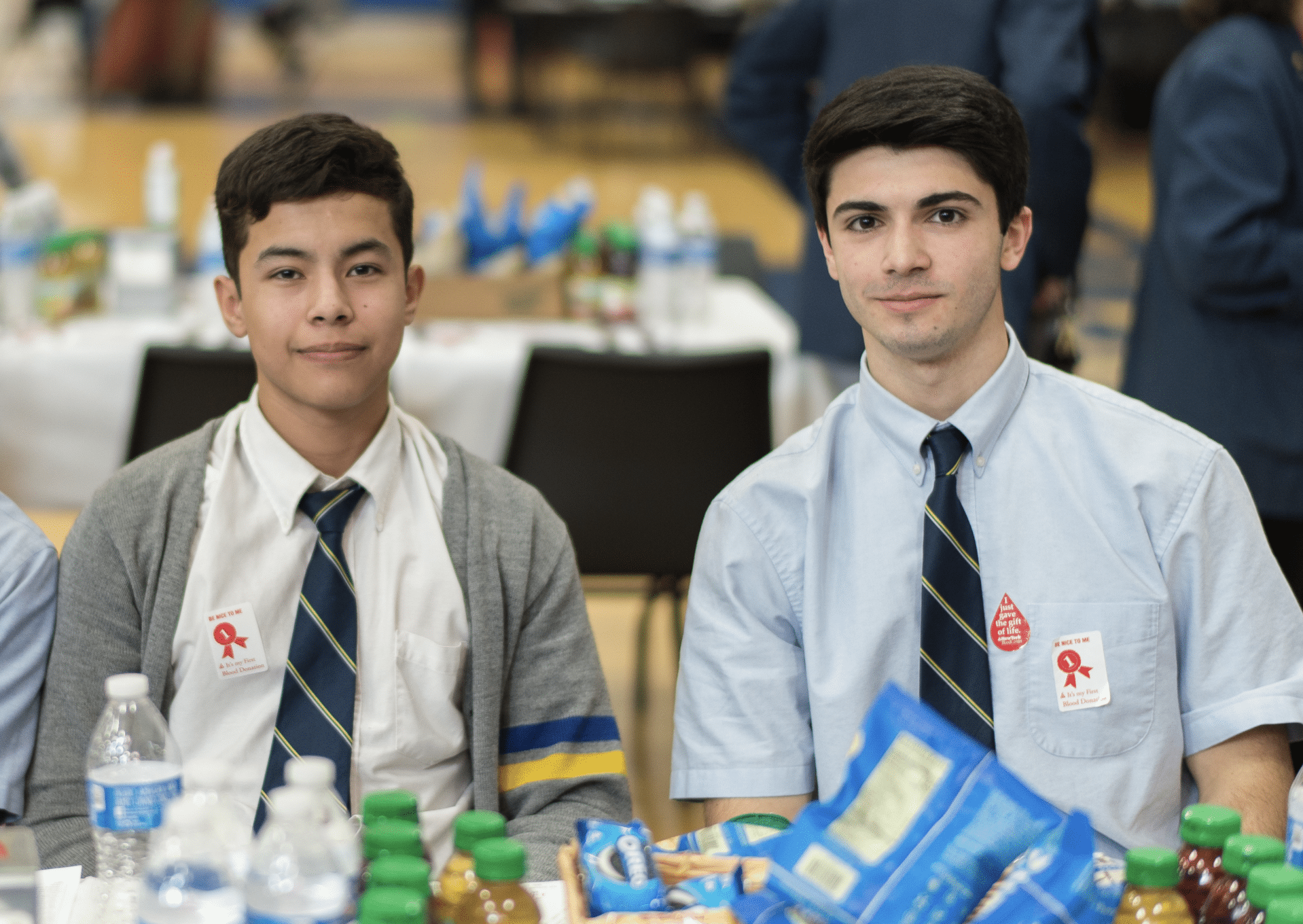 Article by Phoenix staff writer, Sean Ronan ’20:
Pope Francis said, “Let us imitate the attitude of Jesus toward the sick: He takes care of everyone, He shares their sufferings and opens their hearts to hope.” On February 9, 2018, that is exactly what the class of 2018 did during Kellenberg Memorial High School’s annual Senior Blood Drive. Mrs. Finn, who coordinates the event, stated, “Our goal was to increase the number of blood donations because, today, there are so many people in the world who need it. We want to get students in the habit of donating to save lives.”
The National Cancer Institute reported on its website that in 2014, nearly 15,780 children and adolescents were diagnosed with cancer. Cancer is currently the nation’s second leading cause of death, which claimed the lives of 1,960 in the United States in that year. Unfortunately, those numbers are expected to increase.
At the conclusion of the event, the New York Blood Center recorded that Kellenberg Memorial High School’s 179 students who registered to participate in the event saved nearly 483 lives on Wednesday. 139 whole blood donations were collected. Some seniors even volunteered to be put on one of the 22 ALYX machines, which draws only his or her red blood cells. Donors lose less blood because the machine returns the individual’s platelets and plasma. The needle is also smaller in size. Red blood cells are used to treat a grave case of anemia or bleeding caused by trauma. The whole blood count of those individuals who donated using the machines doubled to 44 units. This donation can then be transfused to two recipients for every unit of blood received. In total, 161 pints of blood collected from the entire event.
Alexandra Lewis ‘18 described her experience saying, “I donated blood last year as a junior and had a phenomenal experience. I decided to donate blood again this year because it is an easy hour out of my day to help at least two other people. I felt fulfilled after donating.”
Since its founding, the Kellenberg family is known for its consistent effort in helping those in need. In the past, Kellenberg has been awarded the Hemoglobin Award by the New York Blood Center on many occasions. The school’s goal is to continue to break its own record in blood donations in May during the Junior Blood Drive.