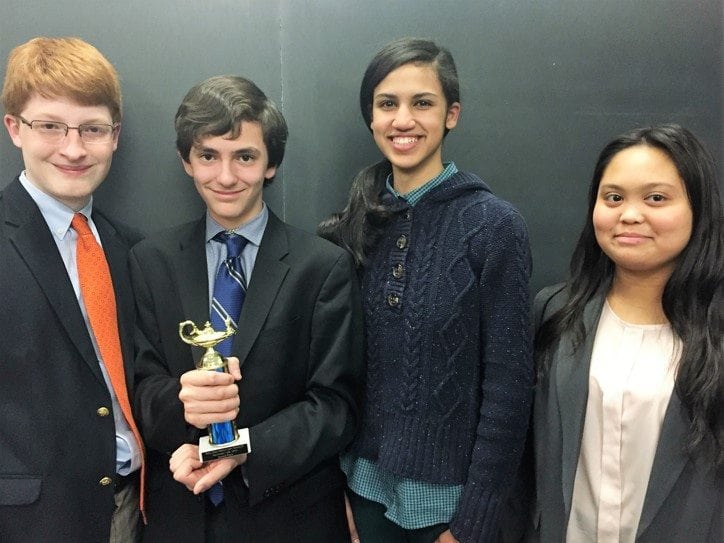 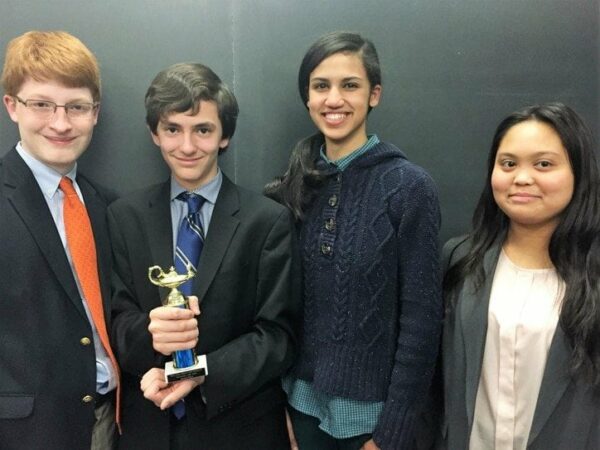 Article by Aidan York ’20:
On Saturday, November 12, three Kellenberg Academic Quiz Bowl teams rose at 4:15 am to travel to Penn State University to compete in the second annual Nittany Lion Novice Tournament. This tournament was directly towards freshmen and sophomores, but juniors were allowed to attend under certain circumstances. After a long drive and a long day, the C Team, consisting of tyros James Fitzpatrick, Josette Rivera, and Ara San Antonio, earned 13th place, with 3 wins and 5 losses. The B Team, consisting of sophomore captain Erik Brown, juniors Erica Casareno and Joe Hynes, and freshman Victor Louie, came in 9th, earning a 3-5 record as well. Kellenberg A, consisting of freshman captain Aidan York, junior Aidan Dowd, and sophomores Natalie Jean-Michel and Chelsea-Faith Florita, earned 2nd place, after a final round which came down to the last question. Their record was 8-1 record. In addition, Victor Louie was the seventh highest scorer of the tournament, and Aidan York was the second highest. Great job to all 11 students who partook in this highly competitive event!