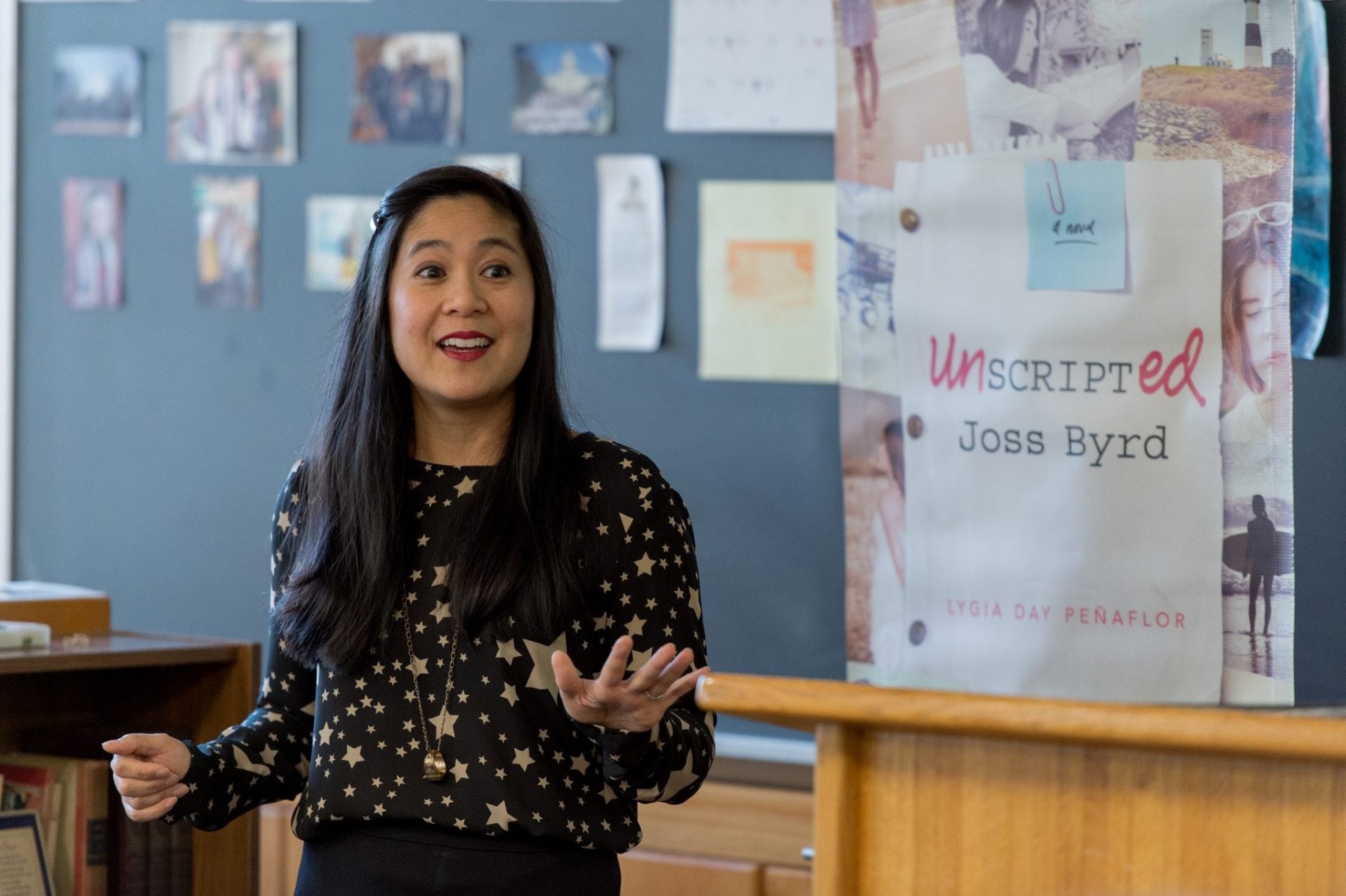 On Wednesday, November 23, seniors in Mr. Dugal’s English classes were treated to a special guest lecture by Lygia Day Peñaflor ’91, who published her debut novel, Unscripted Joss Byrd, in August 2016.  The young adult novel has been met with rave reviews and was recently named a Junior Library Guild Selection.
For the past 10 years, Lygia has served as a private academic teacher for young Hollywood stars.  Her students have included cast members of Gossip Girl, Boardwalk Empire, and I Am Legend.  She drew heavily upon her professional teaching experience when writing Unscripted Joss Byrd, which is about a young actress on the set of an indie film who must deliver an exceptional performance while going “off-script” to stay true to herself.
Lygia shared many inspirational tips with the students about both the process of becoming a published author, and also the general steps to take in order to advance your career in any field.  One piece of advice she shared which resounded with the students was to do one thing every day to further your career.  After a challenging day dealing with writer’s block, Lygia decided to switch gears and send an email to a film director expressing her admiration for his work.  That one thing she decided to do has led her to amazing new heights in her career, as the director signed on to direct and co-write the screen adaptation of Unscripted Joss Byrd.
Although Lygia’s star is rapidly rising, she remains thoroughly in touch with her Kellenberg Memorial roots.  Her husband for nearly 17 years, Robert Szelwach, is a fellow alumnus of the class of 1991, and she can still remember the combination to her locker (32-18-12)!