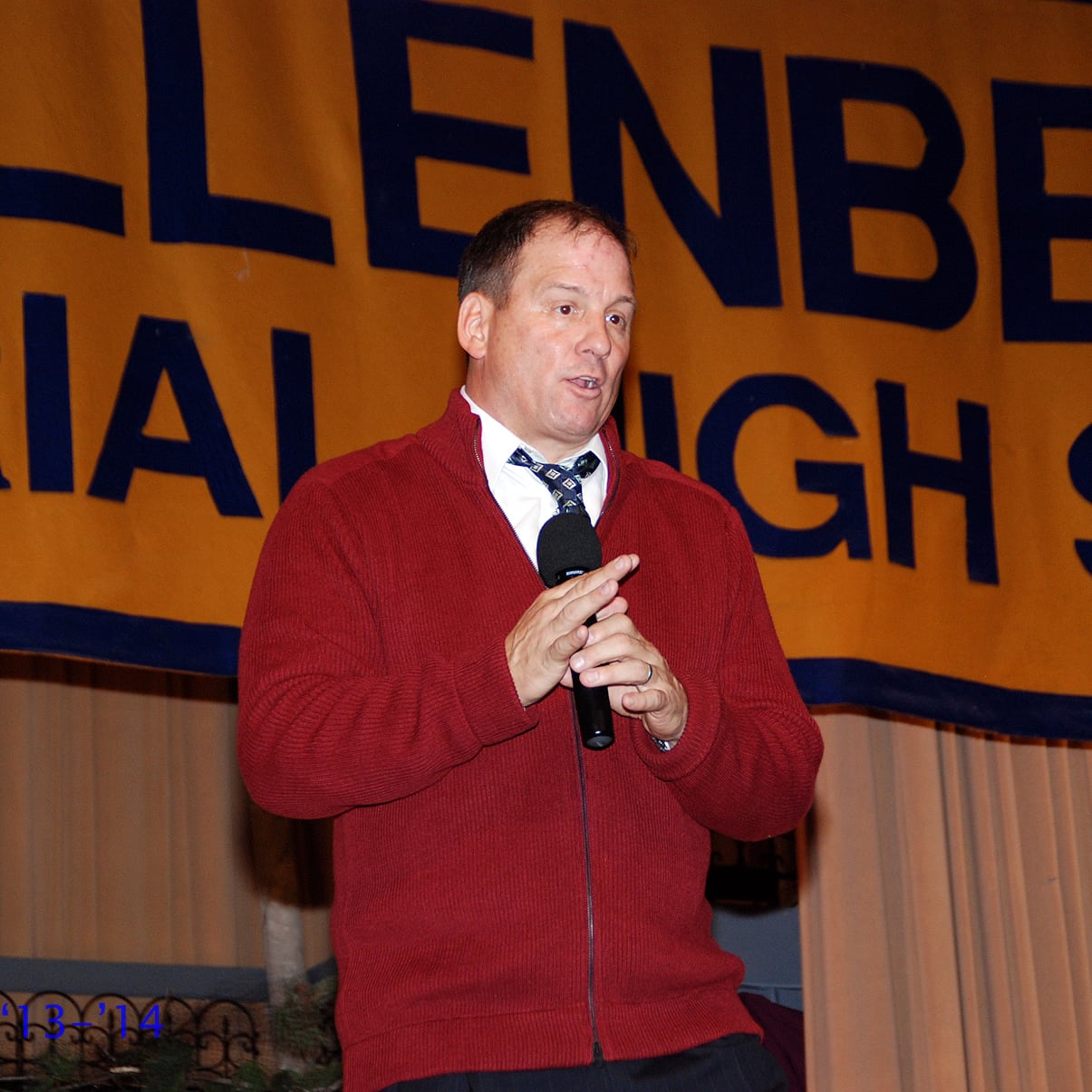 Article by Adrianna Duggan, class of 2014:
You matter. You matter. You matter. On Friday morning, Bobby Petrocelli stood on the auditorium stage repeating these words over and over, and over, again. A Brooklyn native, Mr. Petrocelli quickly captivated his audience with his quick wit and entertaining anecdotes.  However, it soon became evident that he was there to try to convey a far greater idea than anyone originally thought. Senior Darcy Gray stated quite accurately, “I was struck by his ability to be so lively and humorous, while getting across a poignant message with a tragic and touching story.”
His story began after two and a half years of marriage to his wonderful wife. On a Thursday night in October, Bobby Petrocelli lost the love of his life in a tragic accident. Wracked by grief he was forced to start over, in a sense, and try to reclaim his sense of purpose. The one thing that enabled him to do that was: the unwavering support of the students and faculty where he was teaching. Those students supported him through the funeral and the hospital stays, through the physical and mental recovery.
And recover he did. Since that tragic night so many years ago, Bobby Petrocelli has been granted a second chance– “a second chance at loving,” he said. He since married his current wife, Susan, and had two sons, of whom his pride is evident. He has not forgotten his story, however, in fact he has dedicated his life to telling people the very thing he needed to hear so long ago: you matter. Those students who visited him and offered their condolences were able to convey to him the very simple fact that he mattered.
He emphasized that his value, and the value of each and every one of us, is determined by the simple fact that we have a God who loved us enough to create us, and that Creator is greater than anyone on earth who could tell us otherwise. “He spoke of a message that every single person needs to hear and believe: you matter, when you’re at your best, when you’re at your worst. You will always matter because the hands that created you are the same ones that shaped the universe. Put simply, God doesn’t create junk,” (Mary Hearon, Senior).  Every person has the desire to be loved and valued, and every person has the responsibility to show others their worth. Bobby Petrocelli reminded us that the simplest and smallest gestures and acts of kindness can transcend that one moment in time and have the ability to affect people for the rest of their lives. It might only take ten seconds.
Ten seconds was all it took for a drunk driver to crash into his home, claiming the life of his wife. Ten seconds was all it took to defend a younger boy at a baseball field. Ten seconds is all it takes to invite a lonely girl to sit with you at lunch or to offer a smile or kind word to a stranger. Ten seconds could change someone else’s life, but it could change yours, too.