Boys Varsity Basketball Gives Back to the Community 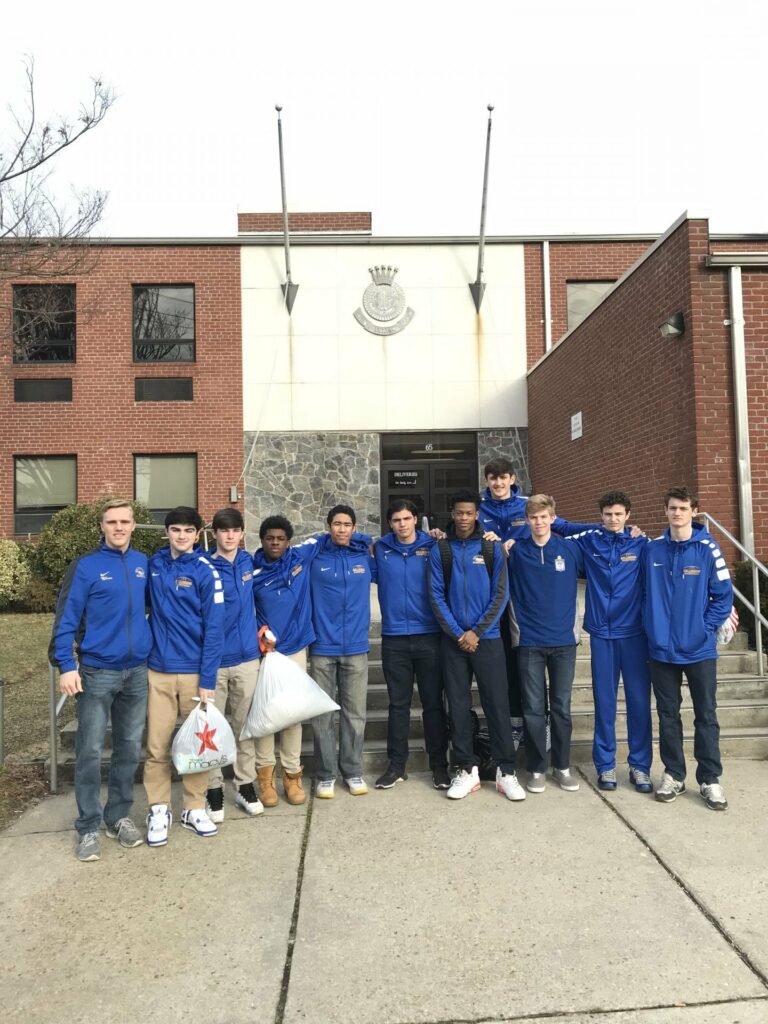 In keeping with the Boys Varsity Basketball Team’s mission of giving back to the community the players took time out from practicing on the hardwood to volunteer at the Hempstead Salvation Army on Saturday, February 10, 2018. Led by Head Coach Jack McCutcheon, Assistant Coaches Chris Lyons and Don DeFino, the boys arrived at the Salvation Army at 9:00 AM sharp and began distributing lightly used clothing to those in need. The players then helped prepare breakfast and lunch for the many families who weathered the cold to eat a hot meal for the first time in a week.
Junior Thomas Cipolla commented that, “it was a privilege for the team to prepare and serve meals to the many people who came in off the streets and helped remind us to appreciate everything that we have.”
While much of the work was labor intensive, the players felt tremendous satisfaction upon seeing the smiles on the faces of the people as they ate and socialized in a loving and caring environment that the Hempstead Salvation Army provides for the many people in need of the simpler things in life.
As the players received many compliments for their generous service to those in attendance the players themselves were the ones who felt blessed. Junior Sean Boll said, “It was an eye-opening and unforgettable experience for me and the rest of the players that I believe has brought us closer as teammates. We look forward—as a team—to do more charitable work in the future.”
Both on and off the court this group of basketball players is showing they represent the values of the Kellenberg Memorial motto of One Heart, One Mind.