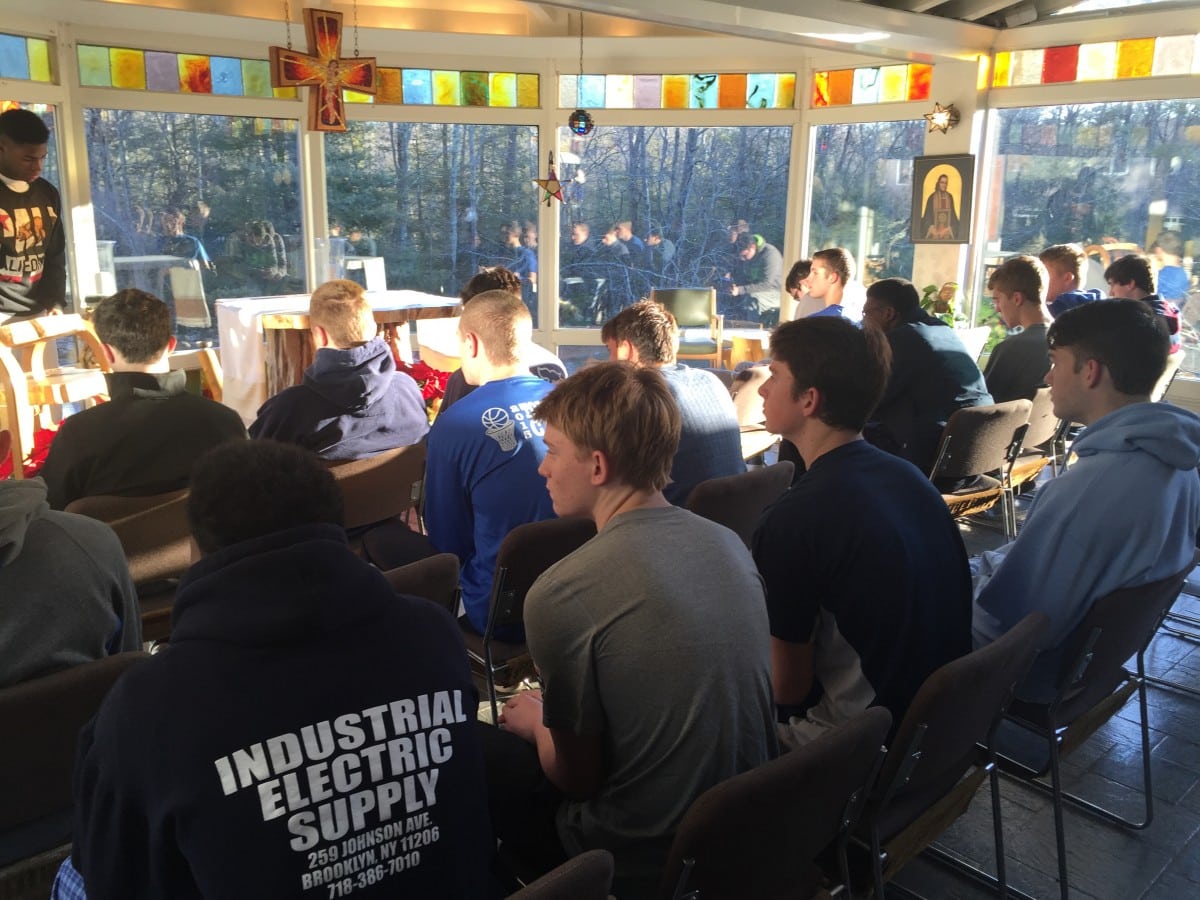 Article by Anthony DeGennaro ’16 & Casey Meekins ’16:
This weekend, the Varsity Basketball team took a trip up to Founders Hollow for their annual retreat.  The goals of the trip were to bond as a group and reflect on important values that a team needs to be successful.
The team started the retreat with a Mass presided by Father Philip Eichner, S.M., president of Kellenberg Memorial High School.  The Mass was held in the Maria Regina Chapel at school.  Father Philip set the tone for the retreat by telling us the importance of coming together as a team.  He described a team as a human body.  Everyone must come together to form a unity just like parts of a body come together to function properly.  After a bus ride filled with anticipation, the team arrived at Founders.  The first couple of hours were spent playing board games and bonding as a team.  “I was nervous on the way up, I did not know what to expect, but after our first team bonding exercise, I felt more comfortable with the guys,” said junior manager, Guynley Jean-Pierre.
On Monday, the team started off their day with prayer in the Chapel.  Coach Lyons and Coach McCutcheon picked prayers that stressed the importance of the using one’s talents.  Following lunch, the team had individual evaluations with Coach Lyons and Coach McCutcheon. “It helped build a stronger relationship between the coaches and me,” said junior forward Liam McAdams.  Later, on Monday night, the team watched a movie called, “When the Games Stands Tall”.  The movie deals with the adversities of a football team and their courage to come together.
The bus left Founders Hollow Tuesday morning with high hopes to take on St. Mary’s High School.  On the bus ride home, the team reminisced about the fun times on their retreat and their new attitudes.  The team and coaches were especially thankful for the outstanding cooking of Coach Defino, whose culinary skills and love of food are much appreciated.  The junior players look forward to their retreat next year and the seniors definitely finished their last retreat on a high note and left us with memories we can take with us in the years to come. 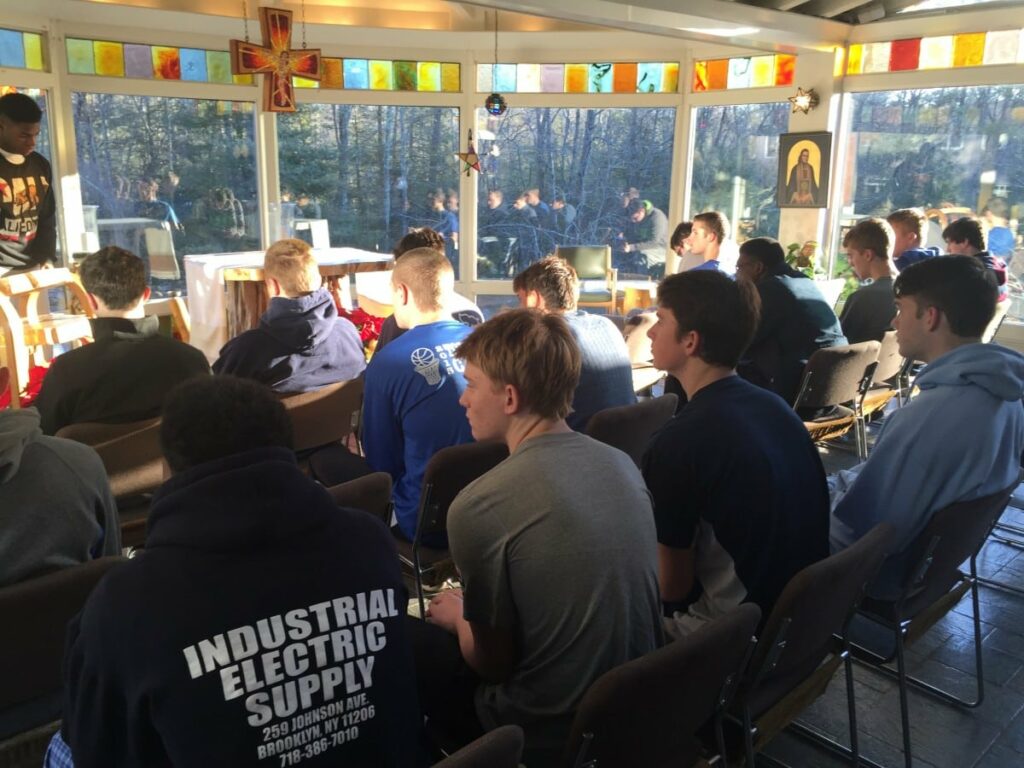 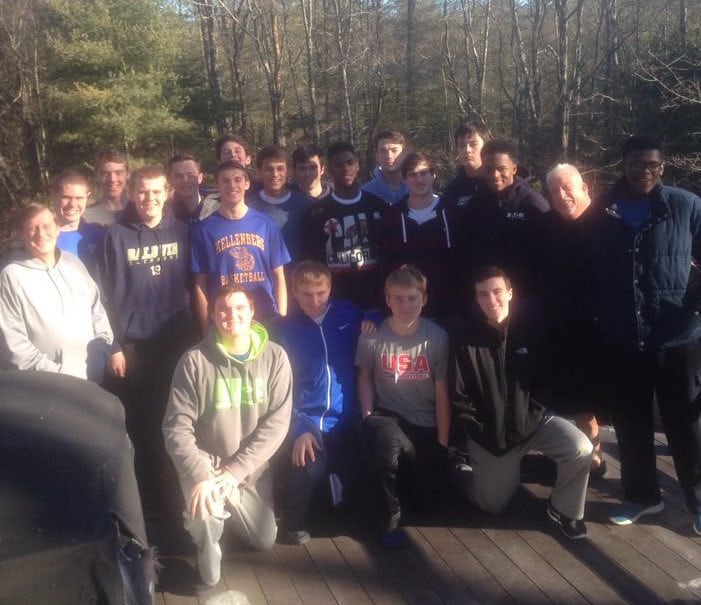