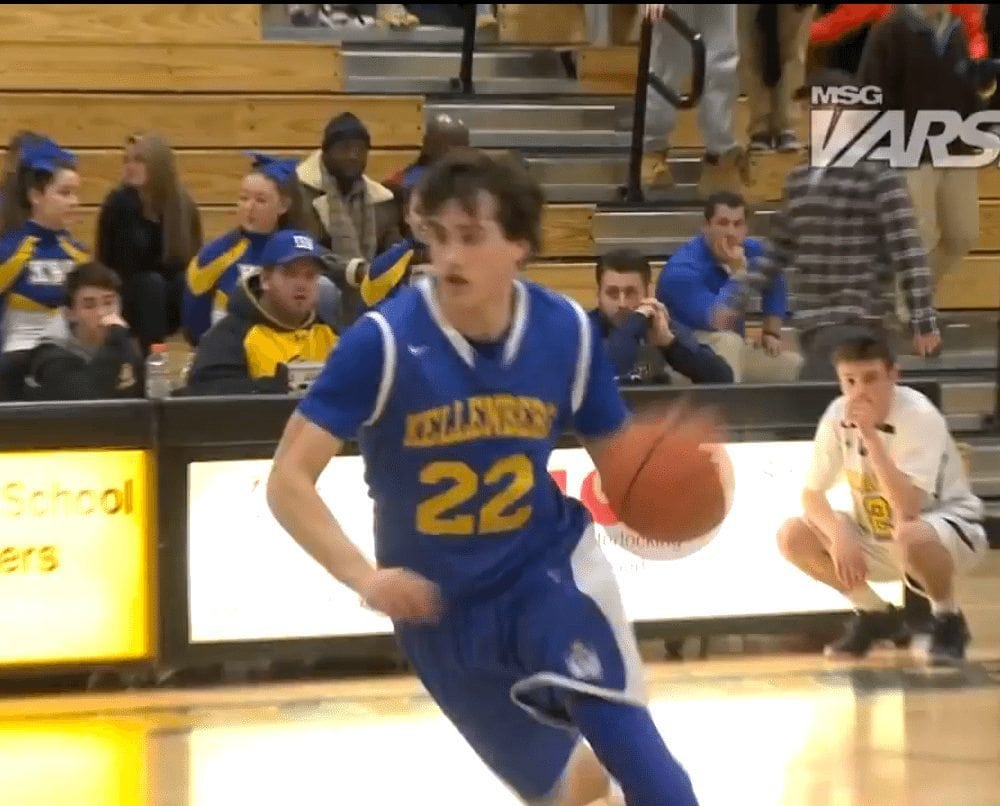 The Boy’s Varsity Basketball Team defeated St. Anthony’s High School tonight by the score of 80-69 and earned the honor of 2015-2016 League Co-Champions of the CHSAA. Their league record of 10 wins against 2 losses (20-3 overall) ties them with Chaminade High School as both teams head into the league playoffs next week.
Senior Steve Torre scored 26 points, grabbed 12 rebounds, and had 10 assists. Backcourt teammate, Senior Kyle DeVerna, had 23 points along with 7 assists and 6 rebounds. Excellent outside shooting by Ryan Wilkens, Anthony DeGennaro, and Conor Remhild helped to seal the victory.
The team has now won 11 games in a row and have won the league championship three out of the past six years. Many thanks to the Kellenberg administration, teachers, and especially the “Birds Nest” for all their support. Hope to see you all during the playoffs.

Click here to watch highlights from tonight’s game on MSGVarsity.