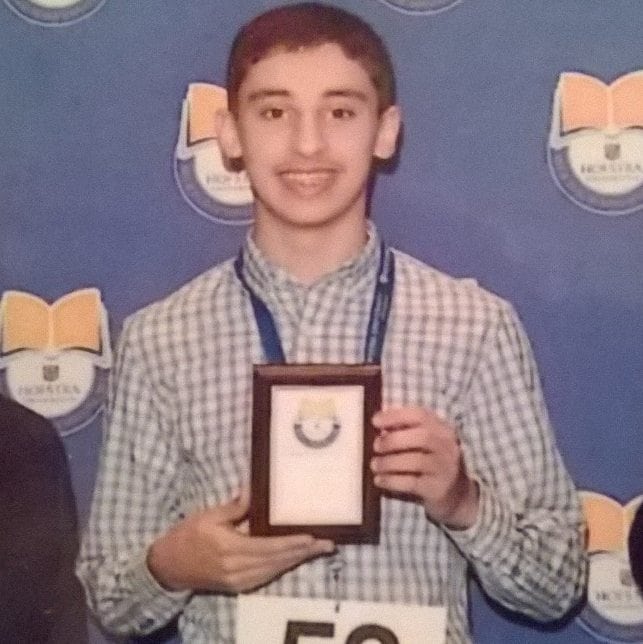 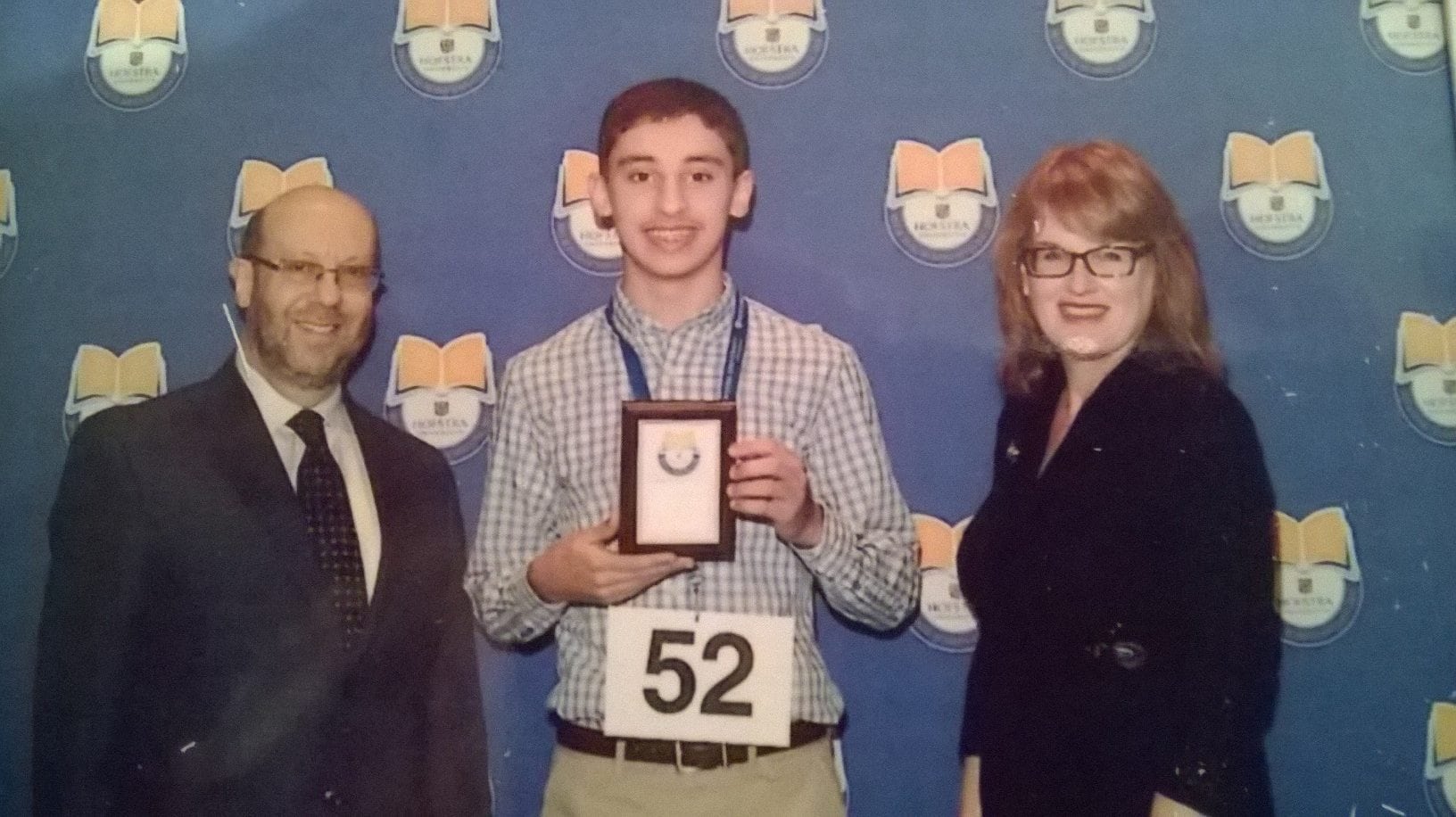 Brother Joseph C. Fox’s eighth grader, Christian Morales, recently participated in the regional Spelling Bee at Hofstra University. Christian qualified for Hofstra as one of the top winners in the Latin School’s annual spelling bee. He competed with thirty students in grades six, seven, and eight and then completed twelve rounds of spelling words that progressively became more difficult as the rounds continued. In the end, Christian was our final winner with the spelling of the word “silhouette.” On February 8, 2015, joining 115 competitive spellers from the various campuses on Long Island, the spelling bee event at Hofstra University became a welcoming challenge for Christian Morales. He first had to successfully complete a written spelling test which lead to the narrowing down to 39 contestants. Christian then proceeded to the next phase of the oral competition in which a spelling bee pronouncer dictated words to the remaining finalists.
After his well-earned accomplishments at Hofstra University, Christian left his mark as a true and strong competitor. He was rewarded with a personal photo, a plaque, a tote bag, a hand-held dictionary, and a memorable experience. Congratulations to our Christian Morales!