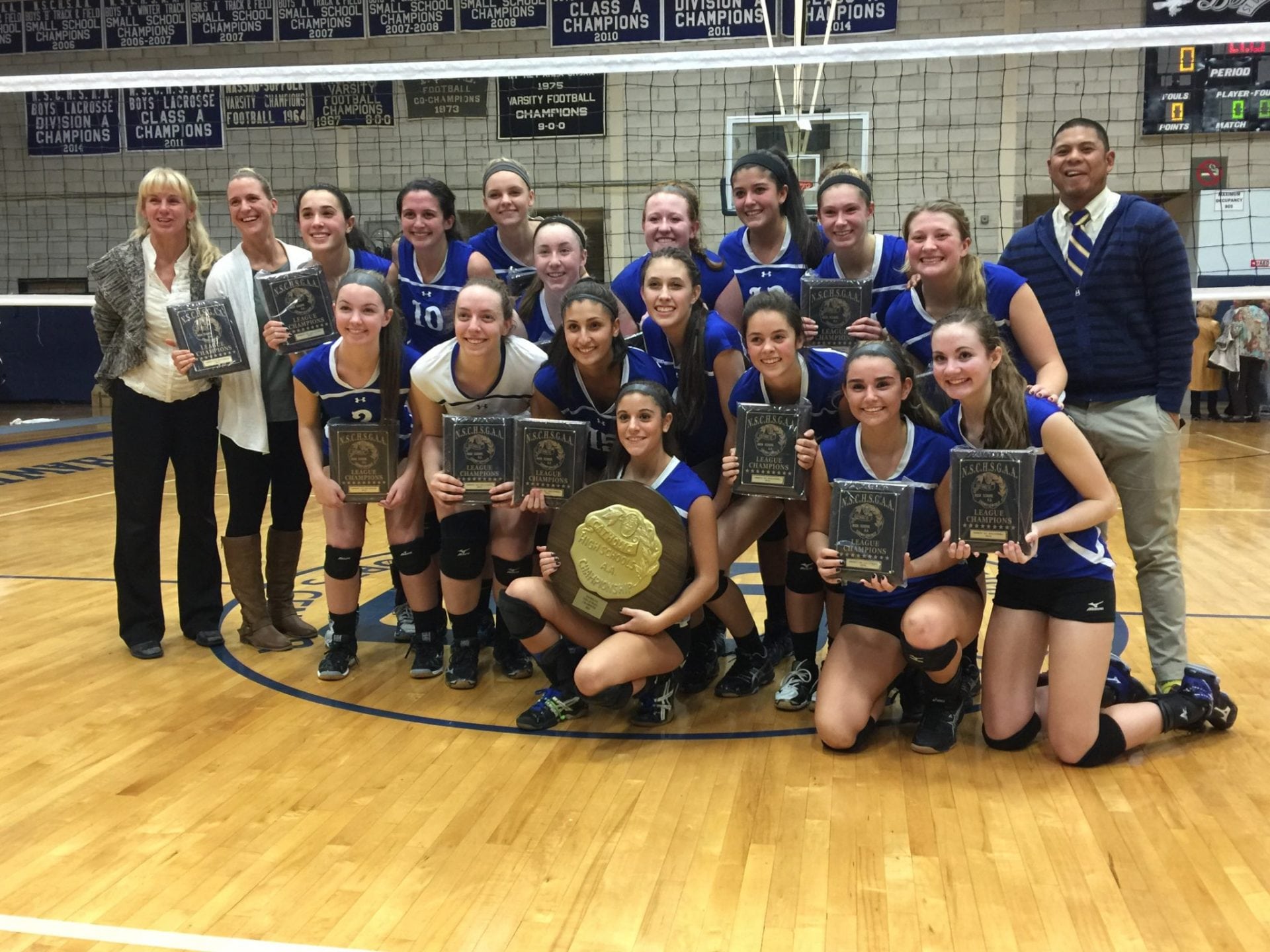 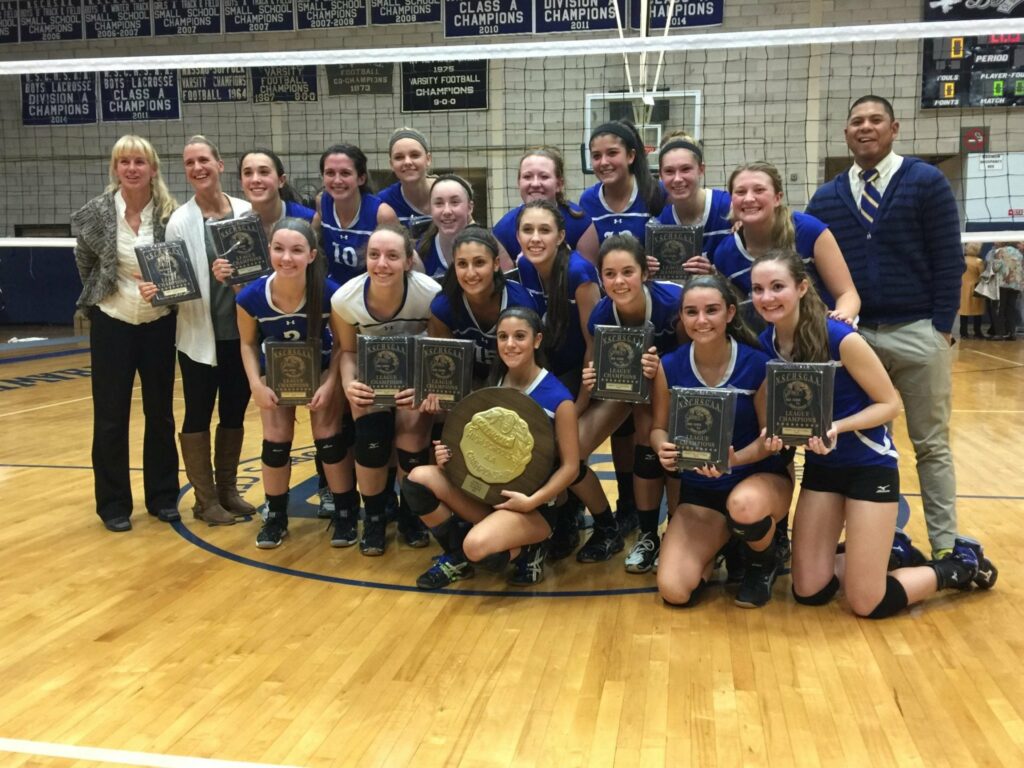 For the second straight year, the American Volleyball Coaches Association (AVCA) has named the Kellenberg Memorial girls varsity volleyball team as a recipient of the AVCA Team Academic Award.
The award honors collegiate and high school volleyball teams that display excellence on the court and in the classroom by maintaining a 3.30 out of 4.00 or an 82% cumulative team grade-point-average for the academic school year.
An impressive 260 high schools and 469 collegiate squads throughout the United States were lauded this season. “What an honor it is to be recognized by the top organization in girls’ volleyball for what our players do off the court. Our team GPA surpassed the required cumulative average by an additional eight points, a true testament to our players’ pursuit of excellence and to the support we have of our administration and faculty members,” varsity coach Cathy von Schoenermarck observed.
The Lady Firebirds, 2015 NSCHSGAA League and New York State champions, open their 2016 season at home on Thursday, September 8, against Sacred Heart Academy.