An Evening with GK Chesterton Presentation 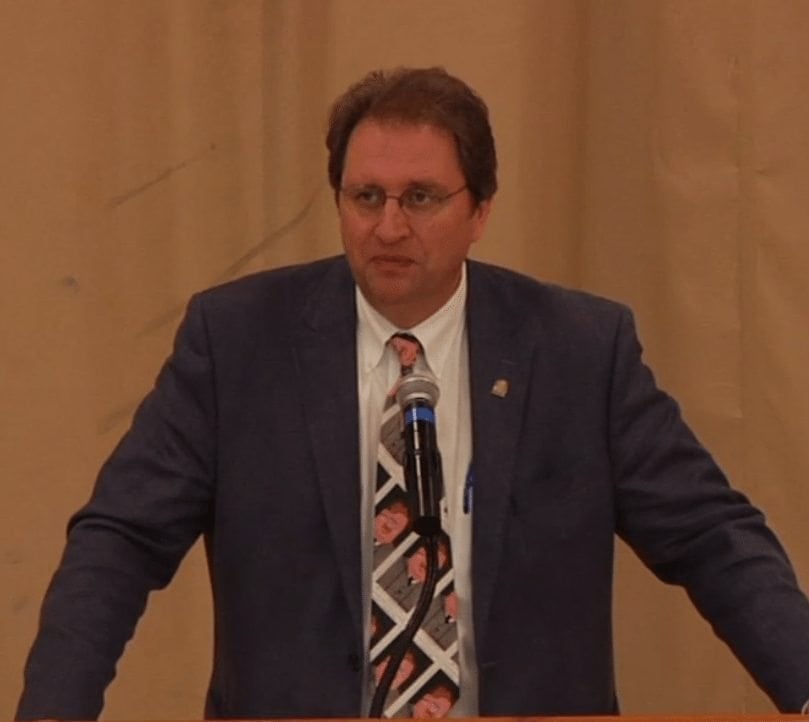 Article by Sarah Goldberg, Class of 2015

On Wednesday, September 25, 2013, Kellenberg hosted an “Evening with G. K. Chesterton,” an English writer, theologian, and Christian apologist. Dale Ahlquist, an expert on Chesterton, took the interest of the audience of Kellenberg teachers, students, parents, and alumni immediately. Ahlquist offered a few words about Chesterton, who passed away in 1936, and then opened the floor to a question and answer session from the audience.

Gilbert Keith Chesterton, better known as G.K. Chesterton was born on May 29, 1874. Chesterton was a writer, a theologian, a poet, a dramatist, an orator, a biographer, a Christian apologist…the list goes on and on. He is best known for his reasoned apologetics. Even those who disagree with him recognize the appeal of his works such as Orthodoxy and The Everlasting Man. Chesterton originally referred to himself as an “orthodox” Christian but begun to identify more and more with Catholicism. Chesterton, by many, was also seen as a prophet. He always spoke of trying to change the road that we are on. He motivated people by saying, “Seek the Lord while He May be found.” His preaching always pointed to the eternal God.

Chesterton, until he was 48 years old, was a part of the Anglican Church. In 1922, however, the public news spread of Chesterton’s convert to Catholicism. He described his new religion as “the one fighting form of Christianity. He was so inspirational and persuasive in his religion, that the Church is now investigating causes of sainthood.

On Thursday, September 26, Mr. Dale Ahlquist addressed the senior class in an assembly on the life of Chesterton.
Please enjoy the following footage of the speech delivered.