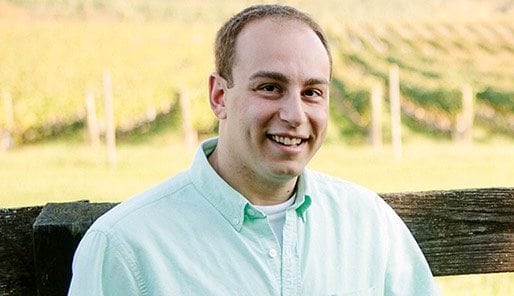 Jonathan Urick, a 2013 graduate of the University of Virginia School of Law, will clerk for U.S. Supreme Court Justice Antonin Scalia during the 2015-16 term.
Urick joins his classmate, Galen Bascom ’13, who will clerk for Justice Stephen Breyer — and a long list of UVA Law graduates in recent years. Virginia is fourth in contributing the most clerks to the U.S. Supreme Court from 2005-14, after Harvard, Stanford and Yale. (More)
Urick is currently clerking for Judge Jeffrey Sutton of the U.S. Court of Appeals for the Sixth Circuit in Columbus, Ohio. In the 2013-14 term, he clerked for Judge Amul Thapar of the U.S. District Court for the Eastern District of Kentucky.
“I’m incredibly honored and humbled by Justice Scalia’s confidence in me, and I’m eager to learn from his wealth of experience,” said Urick, whose interview with Scalia also included a challenging session with his clerks. “Leaving the interview felt a bit like leaving a law school exam, but the waiting was far more nerve-racking.”
Still, Urick says getting the call from Scalia “was incredibly exciting … it took a while to sink in.”
Urick, who is originally from the Long Island town of Malverne, New York, is a 2008 graduate of the University of Delaware. He majored in economics, but his minor in political science included a heavy dose of constitutional law. The “exposure to Scalia during that formative time was a huge factor in my decision to go into law,” he said, “and a major influence on how I think.”
After completing his undergraduate degree, Urick worked in the corporate governance field for two years in Washington, D.C., with a nonprofit trade association of pension funds, before pursuing law.
“Virginia Law was by far my first choice; it was my dream school,” Urick said. “The well-known collegial atmosphere and friendly student body was a huge factor. … Charlottesville just made it perfect.”
While at the Law School, Urick was a member of the Federalist Society and served on its board, participated on the Extramural Moot Court team for two years and served on the William Minor Lile Moot Court Board. He also was a member of the Supreme Court Litigation Clinic. His favorite activity, though, was serving as articles development editor for the Virginia Law Review.
“The job was tailor-made for me,” he said, citing the wide exposure to legal issues and intellectual stimulation involved with the position. “I loved debating articles with my brilliant fellow editors.”
At graduation, Urick received the Robert E. Goldsten Award for Distinction in the Classroom, which recognizes the student who the faculty determined contributed the most to classroom participation.
Myron Steele, a lecturer with the school and retired chief justice of the Supreme Court of Delaware, recalled Urick’s internship with him at the court over the summer of 2011. (While an intern, Urick assisted the Chief Justice on a law review article, and he would later take Steele’s class, Advising the Board of Directors in a Mergers and Acquisitions World.)
“Not surprisingly after working with him for the summer, I expected to see his thoughtful approach to the class, his insightfulness and his eager participation in class discussion. He did not disappoint — a brilliant student with a keen mind,” Steele said.
After “working to do everyone at UVA proud” in Justice Scalia’s chambers, Urick said he will probably stay in D.C. for a time and enter private practice. Government work or academia could follow. He said he dreams one day of returning to Charlottesville, perhaps even to teach law.