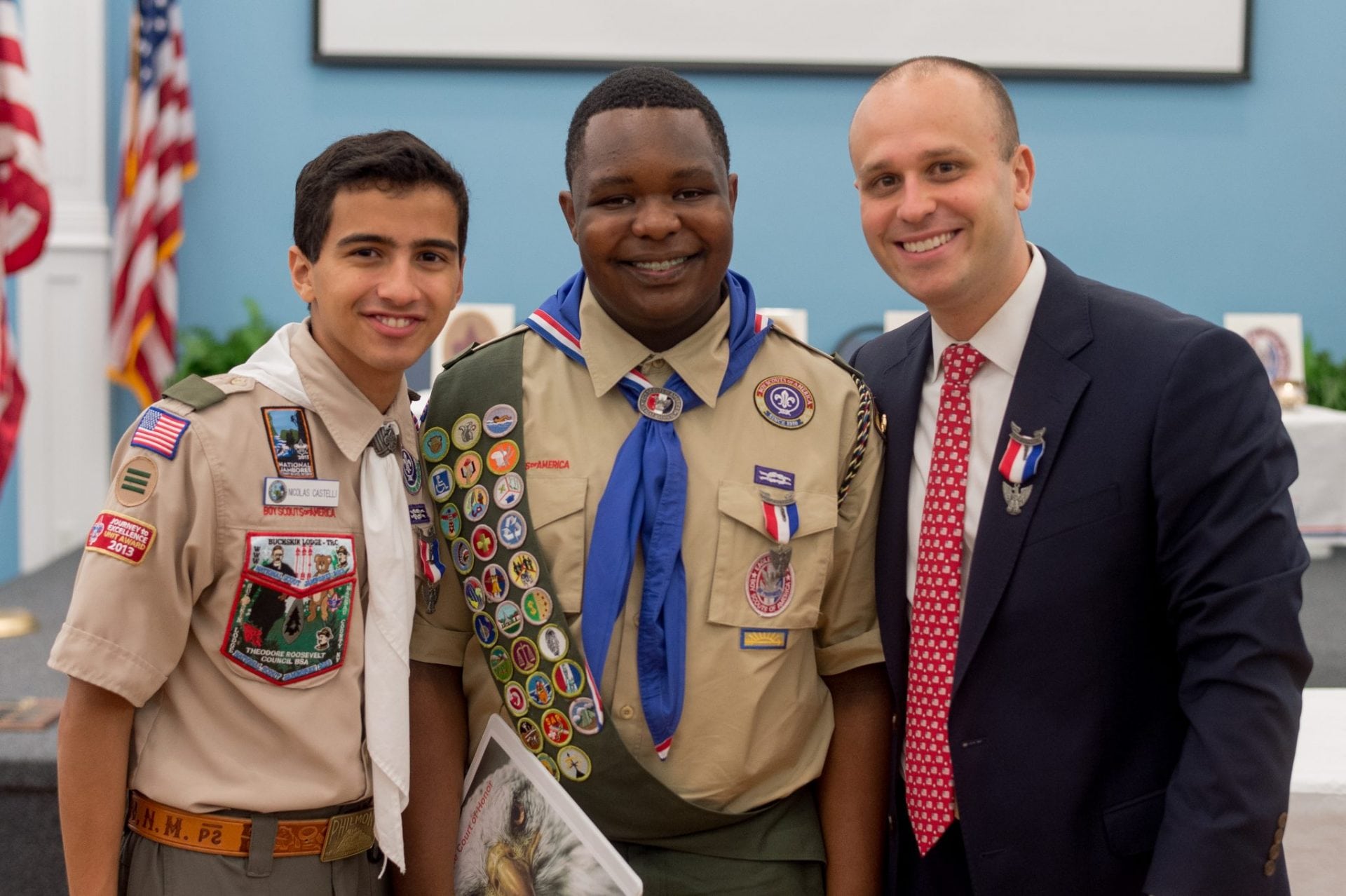 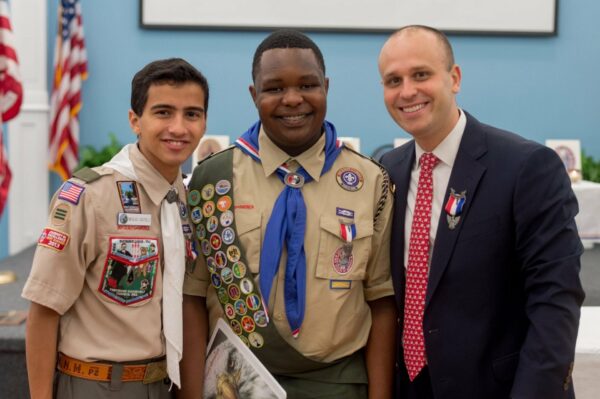 On September 10, 2016, Kellenberg Memorial Junior Shane Jackson was awarded the highest rank in scouting, Eagle Scout. Only about 5% of boy scouts become Eagle Scouts. Becoming an Eagle Scout requires commitment, leadership, character development, and hard work. A scout must go through 6 ranks prior to applying for Eagle Scout, earn 21 merit badges, and hold a leadership position in his troop for a total of 16 months.
Shane’s Eagle Scout project was facilitated between several parishes of the Diocese of Rockville Centre. He distributed Vial of Life forms, which are medical forms for elderly citizens. These forms have saved countless lives throughout the country. Shane was fully responsible for the planning and execution of the project.
Many famous, accomplished, people such as President Gerald Ford, Steven Spielberg, and Neil Armstrong are Eagle Scouts. Our school Principal. Brother Kenneth Hoagland, S.M. is an Eagle Scout. Shane was awarded certificates and citations by politicians, religious leaders, and many others at his Court of Honor. Congratulations to Shane and his family on this momentous achievement. 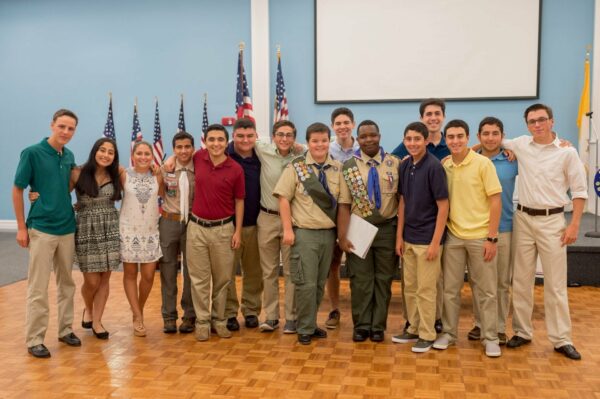 Shane pictured with current members and graduates of the Technical Services Club at Kellenberg Memorial.