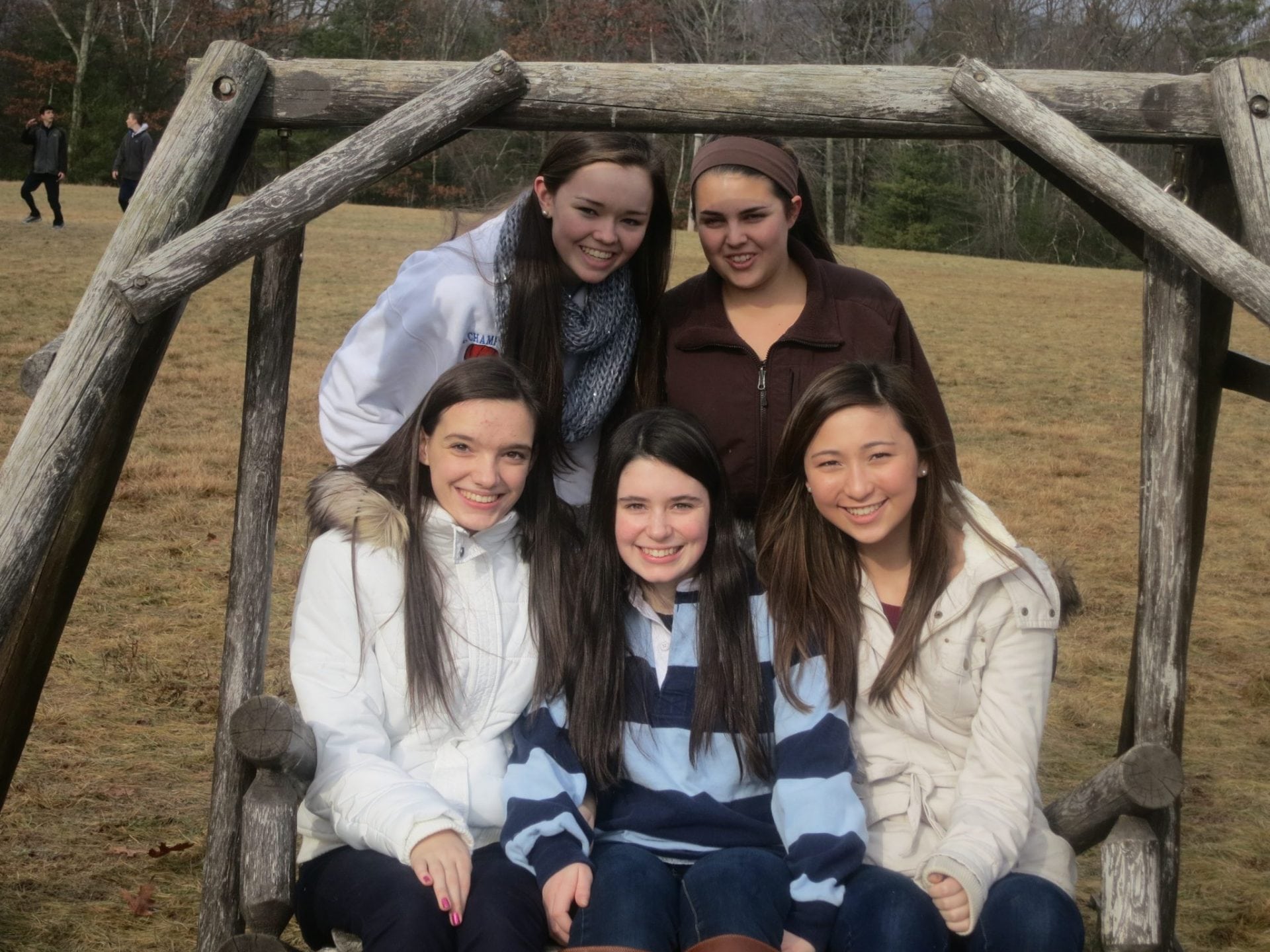 By Audrey McBrien, Class of 2015:
The Junior Retreat Staff retreat was a truly moving experience that I had the pleasure of participating in. We stayed at the Brothers’ retreat house, Founders Hollow, which is surrounded by acres of beautiful land. It was so nice that I almost wanted to spend more time outside than inside! One of the things we did together as a group was take a walk around the property to enjoy each other’s company and the outdoors. The walk lasted about an hour, which would ordinarily seem long, but admiring the beauty of the property made the time fly by. It’s not often that we take a moment to step back and appreciate God’s creation. This part of the retreat was not even focused on God, but personally it really opened my eyes to the fact that His creation is full of magnificent things, especially in nature, that go unnoticed by people. We also had morning and evening prayer led by Father Philip. The chapel’s glass windows provided a breathtaking view of the nature outside and made the experience that much more powerful. What I enjoyed about the prayers was that Father Philip made it very interactive. He asked questions about the readings and background information so we really learned about the prayers we were saying. The retreat also had hands-on activities for us to take part in. Some of the activities were spiritual and some were icebreakers. We could go all throughout high school without knowing some of our fellow classmates, so these games really helped us get to know each other better. In the hallway, there were brown paper bags decorated with our names and stickers. We were invited to write small positive notes to each other throughout the retreat and put them in our peers’ bags. One of the best feelings was opening our bags and pulling out the small pieces of paper that had such sweet messages written on them. Adoration was also incorporated into the retreat, and this was my favorite part. The chapel was lit up by candles on the tiers of the Adoration Tower, where the Monstrance sat. We all sat in a circle around the Eucharist and focused on the divine presence of Jesus while students led us in meditation songs. In between these songs, witnesses of faith were shared by some students which were extremely powerful. I was moved by the courage that my classmates possess and how each of us connects with our faith. The retreat went above and beyond my expectations and was one of the best experiences I have ever had during my time at Kellenberg. So many new friends were made and so many memories were created.