Kellenberg Celebrates the Triumph of the Cross 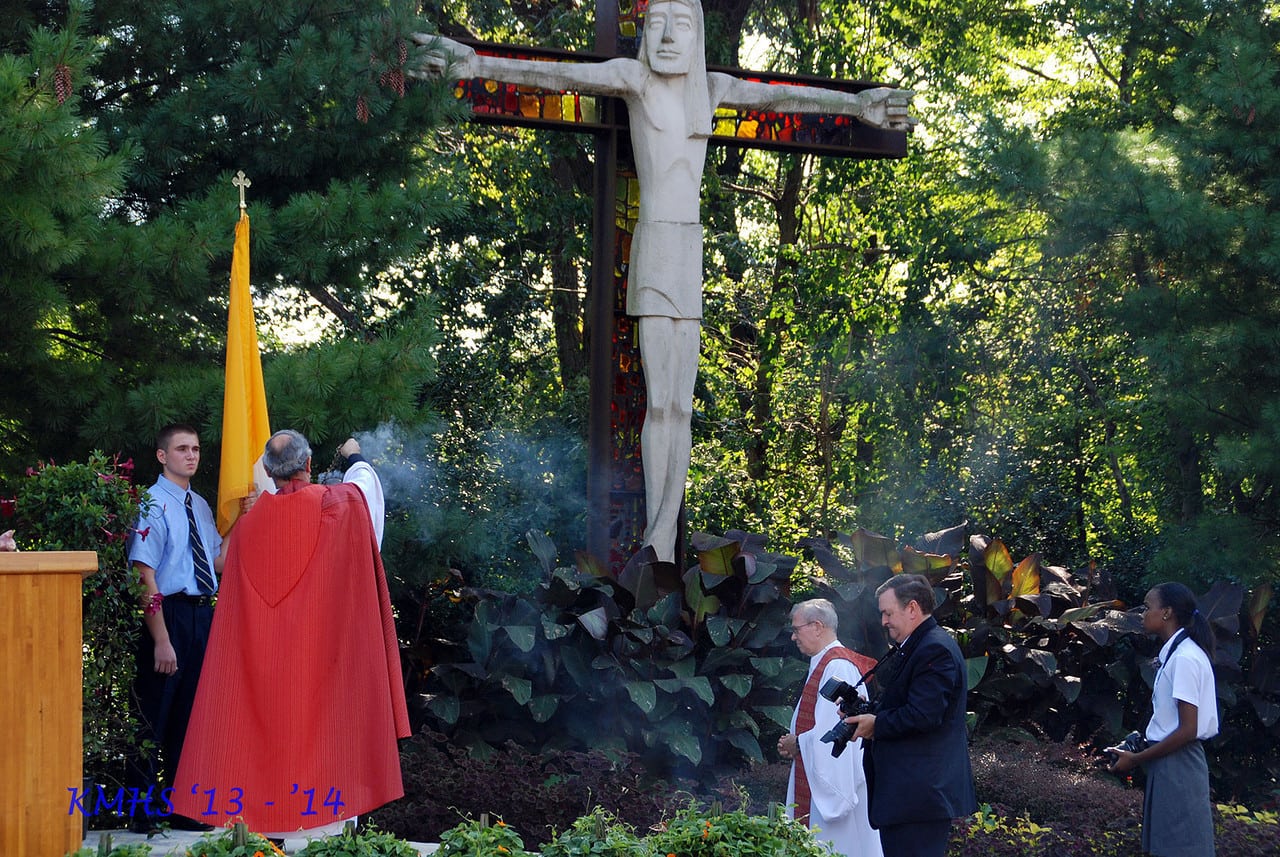 Article by Gabrielle Harvey
Last Friday, September 13, 2013, Kellenberg Memorial held its annual Triumph of the Cross prayer service. During the service, which was led by Father Thomas Cardone, S.M., many students helped out in some way to make it such a beautiful day. Junior Isabella Bastiani  did a wonderful job doing the readings throughout the service  while other Junior boys assisted in the precession. Each student was given a cross to wear around their neck, which Father Tom blessed for the students as they renewed their baptismal vows. The Gregorian Consortium also sang at the prayer service. The Triumph of the Cross was a great way to start off the school year in a spiritual way. In addition to the Kellenberg student body, the students from St. Martin de Porres Marianist School joined for the morning prayer service. The morning’s events concluded with a breakfast for all homerooms gathered.