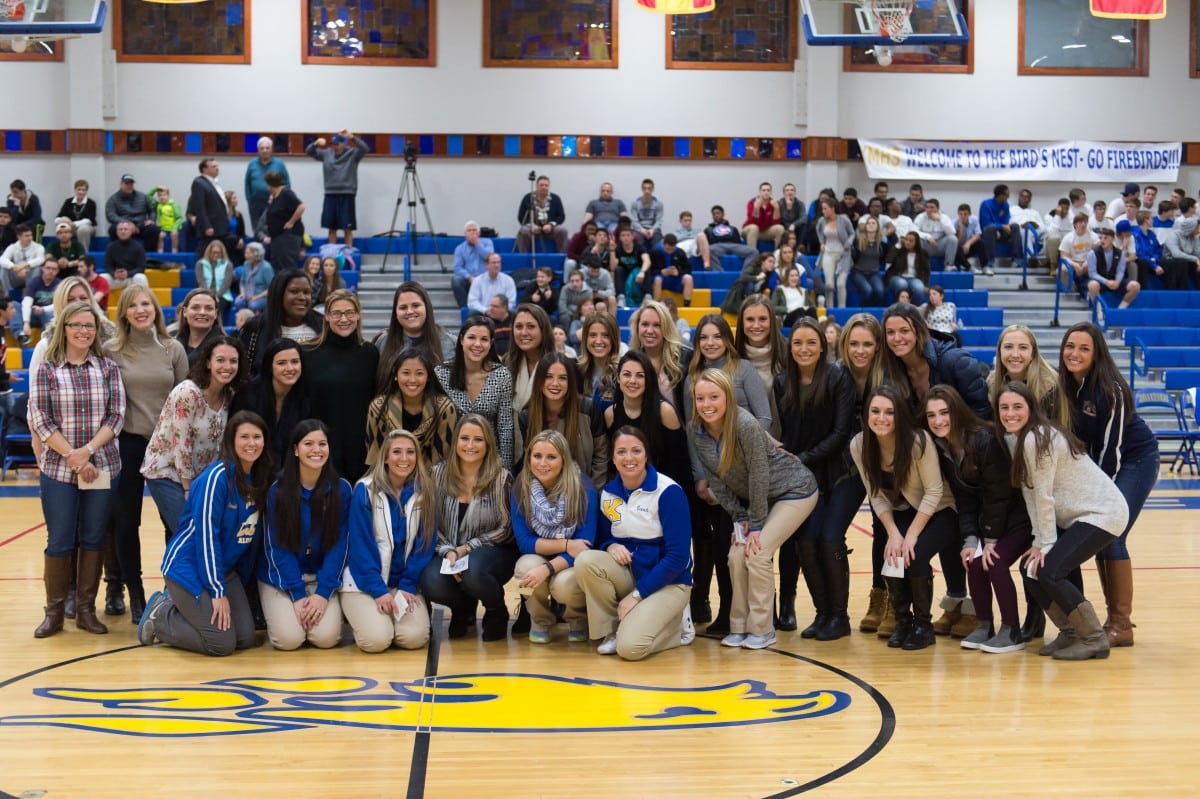 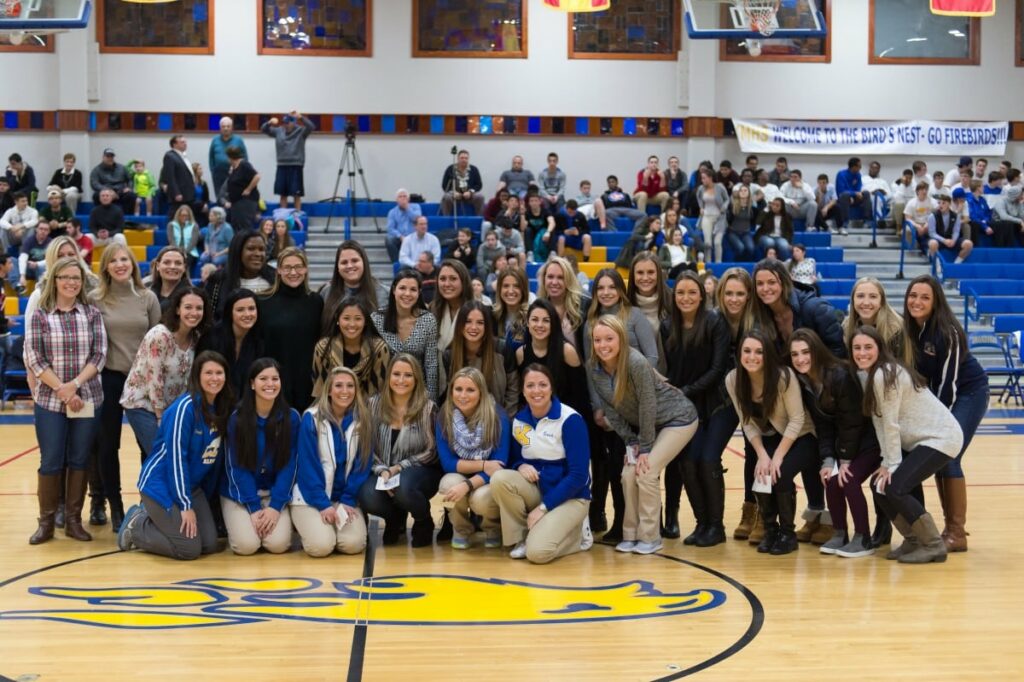 Article by Amy Kupplemeyer ’19 and Meredith Kass ’19:
On Friday January 8, 2016, Kellenberg Cheerleading Alumnae from the classes of ’90,’ 93, ’94,’98 ’99, ’00, ’05, ’06 ’07, ’08, ’09, ’10, ’11, ’12, ’14 and ’15 came together in the Kellenberg gym for the Boys Varsity Basketball game.
At half time, a special recognition was made and each cheerleader was called onto the court. They were recognized for their time, dedication, hard work, and determination as Kellenberg cheerleaders. Following the ceremony, they took a program picture showing their Firebird spirit. The game continued and the Firebirds took home the victory with a score of 74-63.
The following day, the Varsity Cheerleading team competed at MacArthur High School. The very talented Lady Firebirds competed against six other competitive teams. They performed a flawless routine and never failed to show great sportsmanship to the other teams. Friends and family came out to support and root for the cheerleaders. The team left the competition with smiles on their faces and a second place victory.