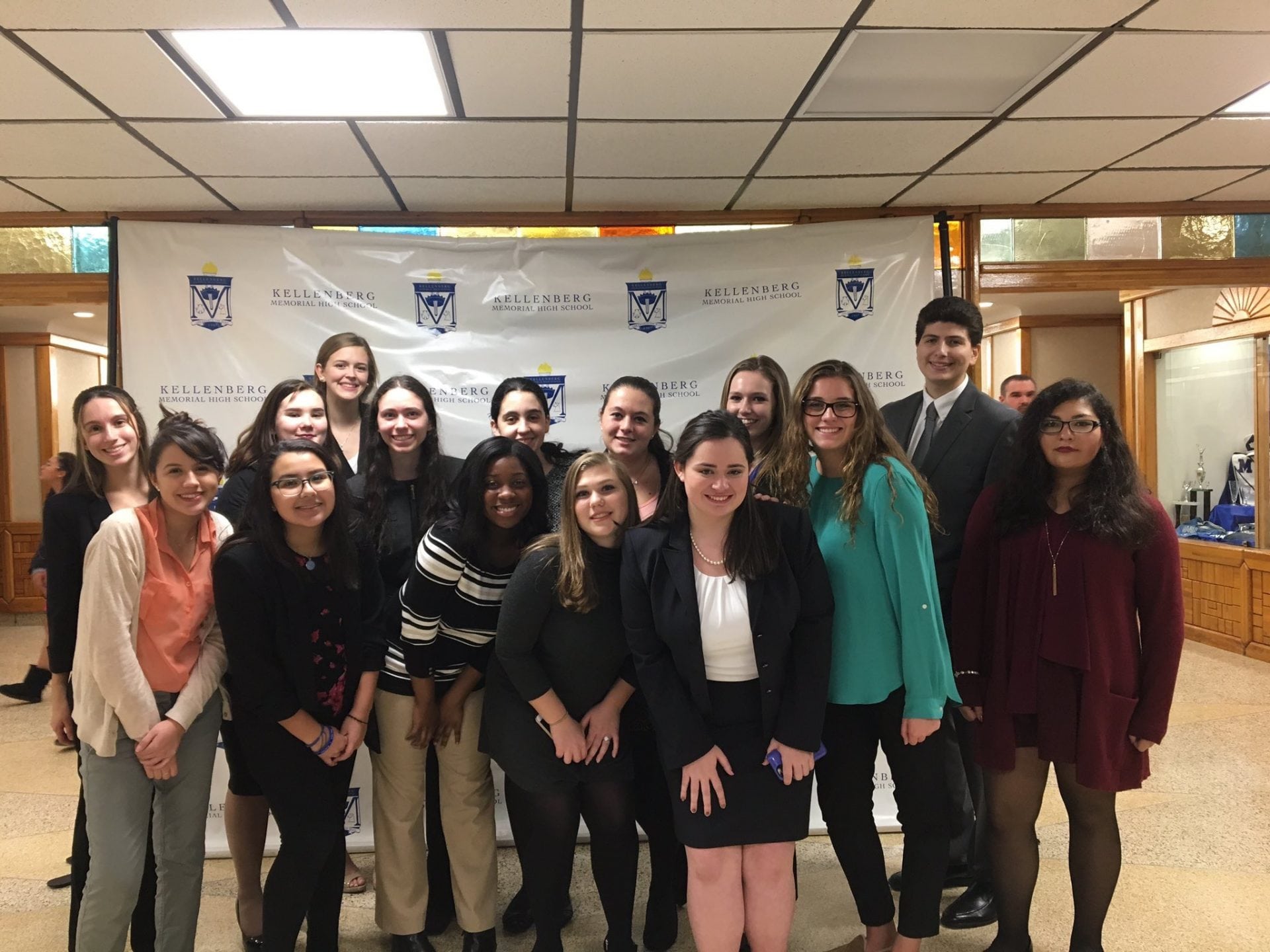 Article by Maura Lynch (’19); On Saturday, November 12, The Kellenberg Speech and Debate Team hosted the Catholic Forensic League of Rockville Centre Interleague Speech Tournament. The Interleague i tournament is one in which the participants vary between the Long Island, Brooklyn, Queens and New York City districts. Seventeen of our own students competed in over six different categories. All of the Kellenberg team performed well, with varying degrees of success. With some students progressing as far as finals, the team found this to be an incredible learning experience. Each individual member of the team gained more experience and learned by watching others compete in their respective categories. Coaches, Mr. Cioffi, Mr. Champney, Miss. Frisina, Mrs. York, Mr. Cummings and Mr. Cartier, all provided valuable instruction and led the team even closer to victory.
Congratulations to Kaitlin Byrnes ‘18 (Dramatic Performance) and Christian Licato ‘18 (Original Oratory) for placing 7th and 13th respectively. This was a big accomplish for both students, especially for Christian as this was his first tournament. Overall, the team continues to practice and work hard to qualify for the NYSFL State Tournament in April.