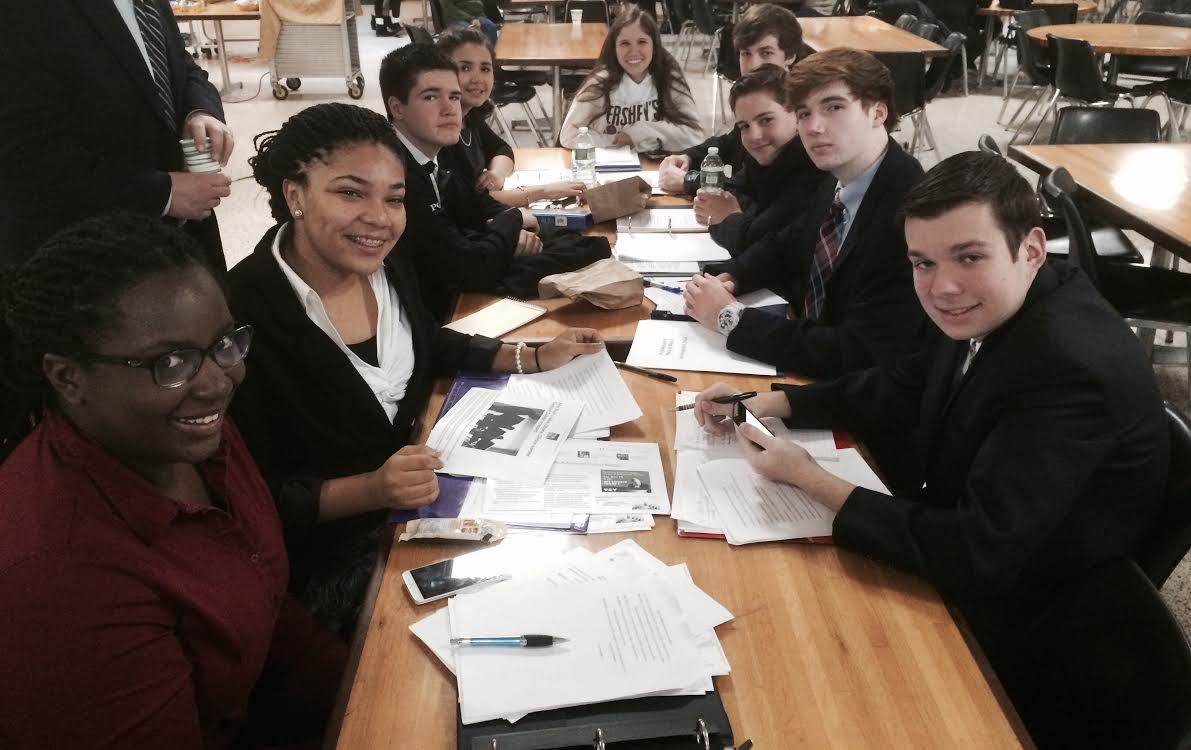 Article by Fiona Danyko, class of 2016:
On Saturday, November 15th, Kellenberg Memorial hosted the annual Speech and Model Congress Interleague Tournament. This tournament is one of the most difficult competitions of the year, with students coming from three leagues to compete.  At the tournament were the Catholic Forensic League of Rockville Centre, the Brooklyn Queens Catholic Forensic League and the Catholic Forensic League of New York City. Five hundred and ten students competed in Varsity and Junior Varsity categories as well as Model Congress, trying to earn half qualifications for the state tournament. In each of the seven categories, students competed in three rounds. Then, from each category, based on rank, students who had performed best advanced to a final round. At the finals, students competed in an intense round with often over fifty people watching. Many judges then assessed the students ability, and scored them to determine who would win a half qualification for the State Tournament. The State Tournament is held in April in Oneonta, and is the ultimate goal for those in Speech and Debate. As usual Kellenberg Memorial is working towards sending our competitors to states, and our team has already earned multiple half qualifications. We look forward to seeing our team continue in its success as the season continues. Overall, the tournament was considered a big success.