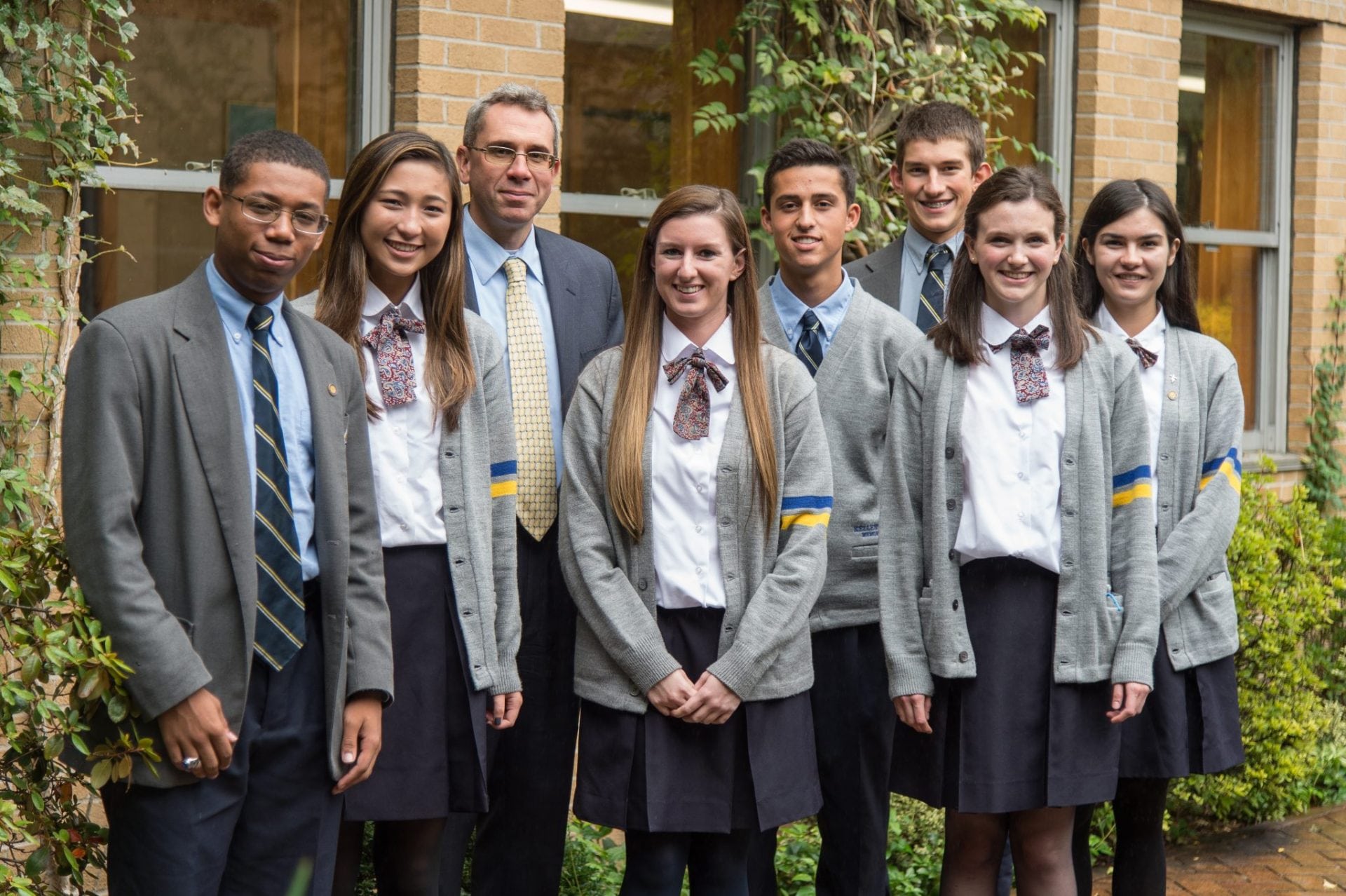 This year Kellenberg is pleased to announce the nominations of eight students who have been honored by the National Merit® Scholarship Program as well as one student who has been nominated as a semifinalist in the National Achievement Scholarship Program.
Senior Mary Guardino has earned semifinalist recognition based on her performance on the PSAT exam. Mary is one of approximately 16,000 students nominated nationally and is now eligible for some 7,600 National Merit Scholarships that will be offered next spring. Mary is a member of the National Honor Society and the Kellenberg Science Olympiad team. Mary is active in her faith as a member of Catholic League and CROSS, and has also served the school community as a Marianist Mentor and a member of both SALT and Junior Retreat Staff.
Kellenberg is also honored to announce seven students who will be commended by the National Merit® Scholarship Program. Nicholas Aquino, Taylor Catalano, Cynthia DeFranco Suzanne Hom, Joseph Levano, Audrey McBrien, and Luke Porcari have been presented with a Letter of Commendation from the National Merit Scholarship Corporation. Though these students will not continue to the 2015 National Merit Scholarship awards competition, about 34,000 commended students throughout the nation are being recognized for their exceptional academic promise. Commended Students placed among the top 5% of more than 1.5 million students who took the 2013 PSAT exam.
“The young men and women being named Commended Students have demonstrated outstanding potential for academic success,” commented a spokesperson for NMSC. “These students represent a valuable national resource; recognizing their accomplishments, as well as the key role their schools play in their acidic development, is vital to the advancement of educational excellence in our nation. We hope that this recognition will help broaden their educational opportunities and encourage them as they continue their pursuit of acidic success.”
NMSC, a not-for-profit organization that operates without government assistance, was established in 1955 specifically to conduct the annual National Merit Scholarship Program. Scholarships are underwritten by NMSC with its own funds and by approximately 440 business organizations and higher education institutions that share the NMSC’s goals of honoring the nation’s scholastic champions and encouraging the pursuit of academic excellence.
Additionally honored by the NMSC is Brandon Kinsler, who has been chosen as one of 1,600 Black American high school seniors who have been named a Semifinalist in the 51st annual National Achievement Scholarship Program. Brandon now has an opportunity to continue in the competition for approximately 800 Achievement Scholarship® awards worth about $2.5 million that will be offered next spring. To be considered for a National Achievement Scholarship, Semifinalists must fulfill several requirements to advance to the Finalist level of the competition. About 80% of Semifinalists are expected to attain Finalist standing, and more than half of the Finalists will win an Achievement Scholarship award. Also included by the National Achievement Scholarship Program were seniors Celine Gellineau and Shaina Mompoint, both of whom have been named as Outstanding Participants by the NASP.