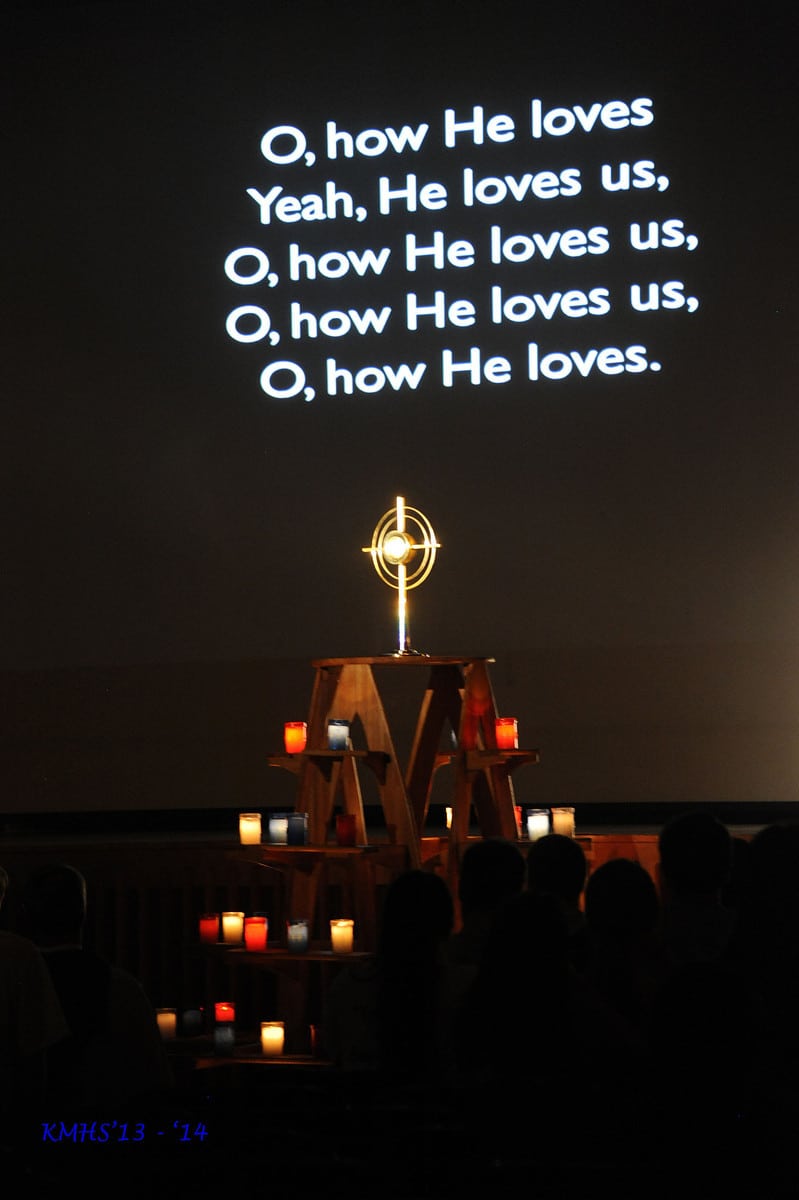 Article by Natalie Gallego, Class of 2015:
There is no better way to start off the New Year than in thanks and worship of God. Kellenberg students certainly proved that at the first XLT of 2014 on January 8th. The evening began with lively and upbeat music performed by the XLT band. Some of the songs were “Joy to the World,” “Everything Glorious,” and “Lay ‘em Down.” As one of the many singers in the band, it always makes me happy to see a group of teenagers gathered together, singing, dancing and just having a great time.
After dinner, everyone reentered the auditorium for a full hour of Adoration. The speaker during Adoration was Father Gregory Rannazzisi, Catholic Chaplain at Hofstra University. In his talk, Father spoke about the chains that each of us have that constantly restrict us from being who we are called to be. I really think that this image can relate to everyone in a personal way. Father Greg invited each of us to have our own conversations with God and ask Him for the strength to break our chains. He stressed the importance of making things right with God, because we truly never know when it will be too late. Junior Stephanie Gallo was especially excited after hearing Father Gregory speak. “I thought his speech was a great way to end the night. The stories he shared were very uplifting and inspiring. His talk encouraged me to appreciate and live out my faith every day,” she said.
Following the speaker, XLT band led Adoration with meditation songs. The most amazing part of the night for me was when we played Kari Jobe’s “Revelation Song.” Although I was a little nervous beforehand, when it came time to perform, I didn’t think about anything except for the lyrics I was singing. Feeling very emotional after the talk, it was easy just to close my eyes and offer everything up to God using song. Rachel Buzeta, a frequent attendant at XLT, reflected on the event that night. “I think tonight’s XLT was a really great experience. The music was awesome, and it was a great opportunity to get closer to God. I also loved being surrounded by kids my own age who want to get better in touch with their faith,” Rachel said. “It is profound to find a gathering like this anywhere else. There wasn’t anything about it that I would change.” XLT is definitely an enjoyable and special way to connect with fellow classmates and with God.
Join in the tradition, and participate in the next XLT on Wednesday, February 12 at 6:00.

Signup for XLT this month online at kellenberg.org/xlt! 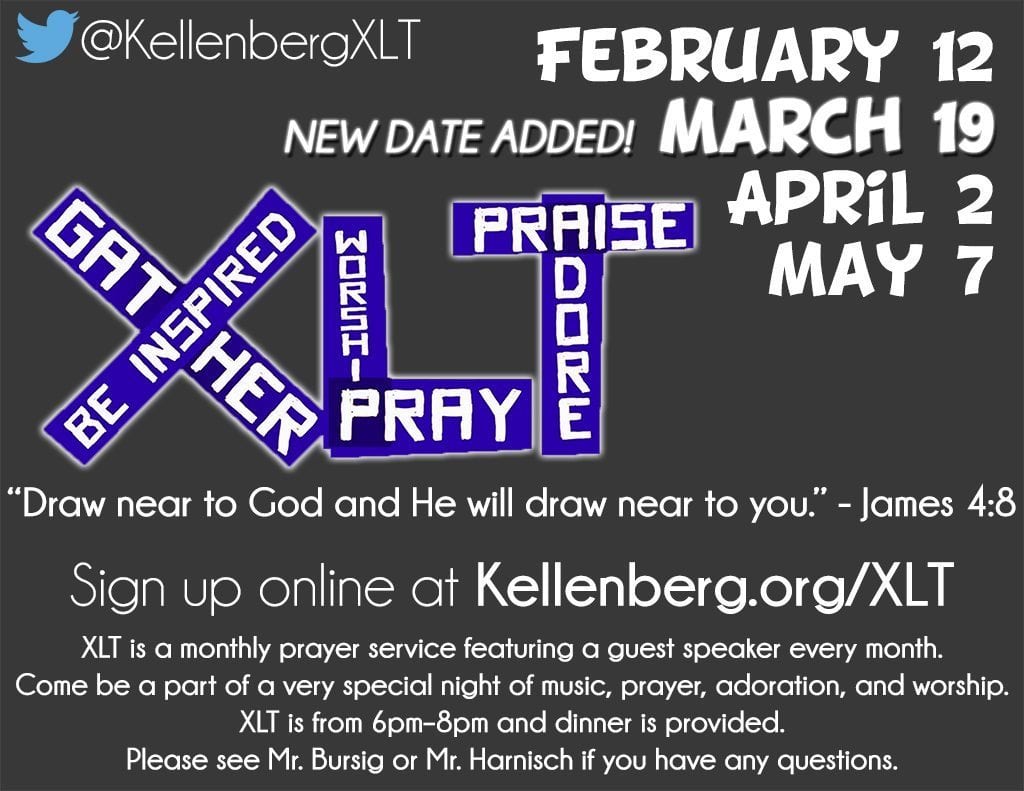