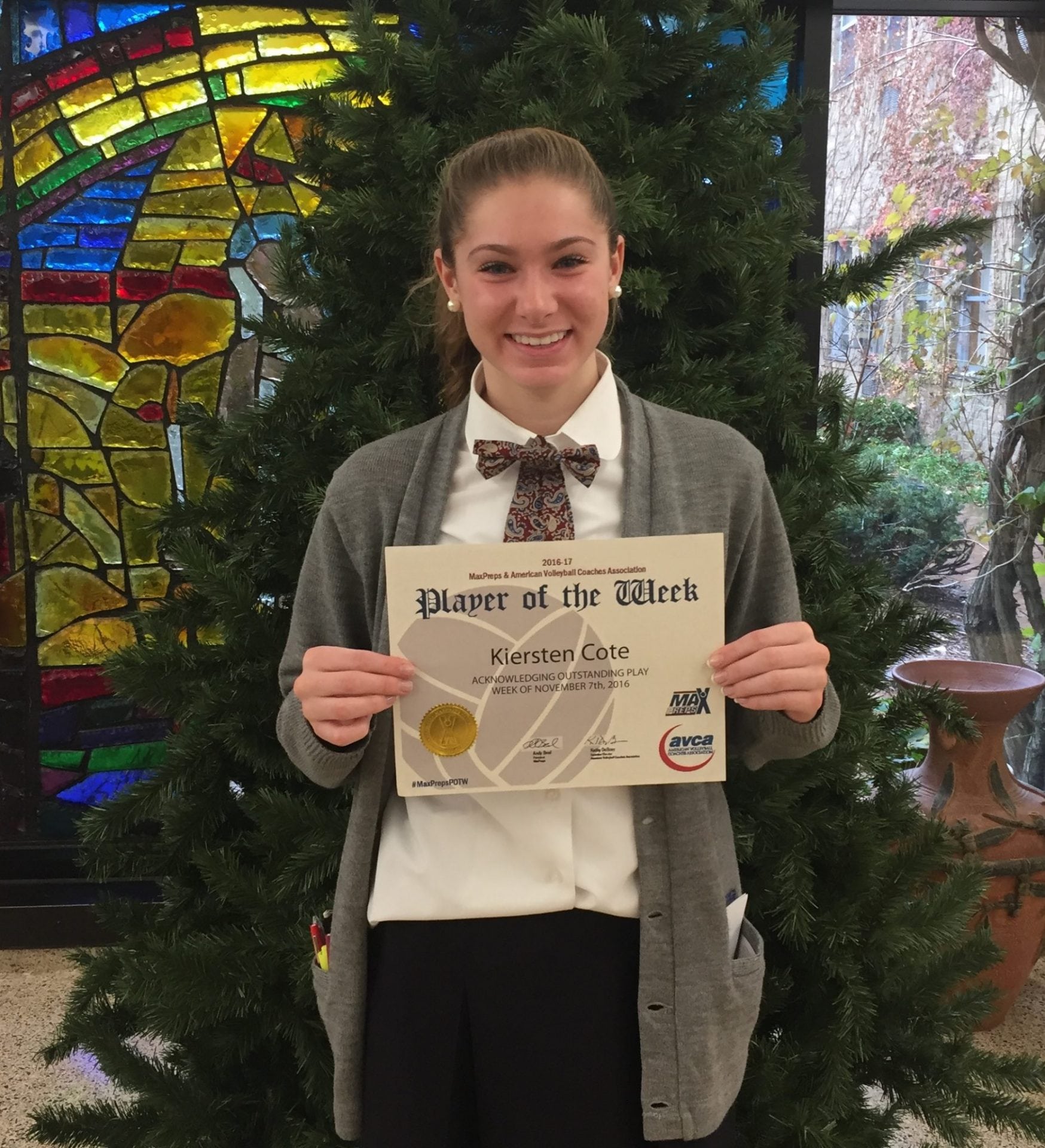 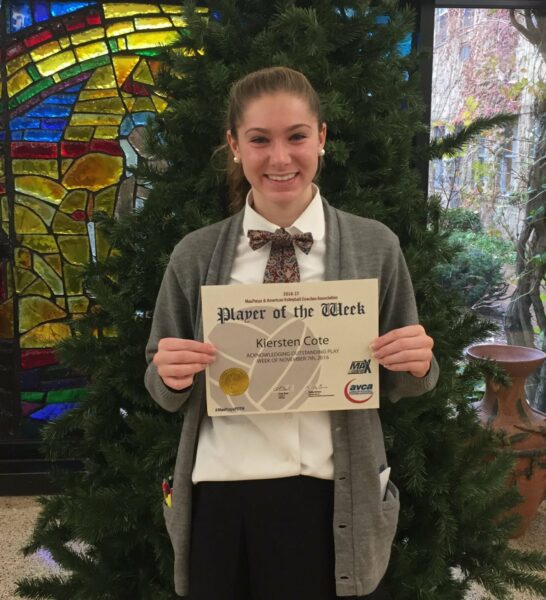 Senior outside hitter Kiersten Cote was named American Volleyball Coaches Association Player of the Week for New York State for her performance November 6 to November 13th, the final week of competition for NYS Catholic High Schools. This is an award given only to the top 50 players in the entire United States during that period of play!
With this honor, Kiersten has gained national recognition for both herself and for the Kellenberg volleyball program thanks to her 56 kills, 29 digs, and 11 blocks displayed at the State Tournament on Saturday, November 12th. Congratulations, Kiersten!