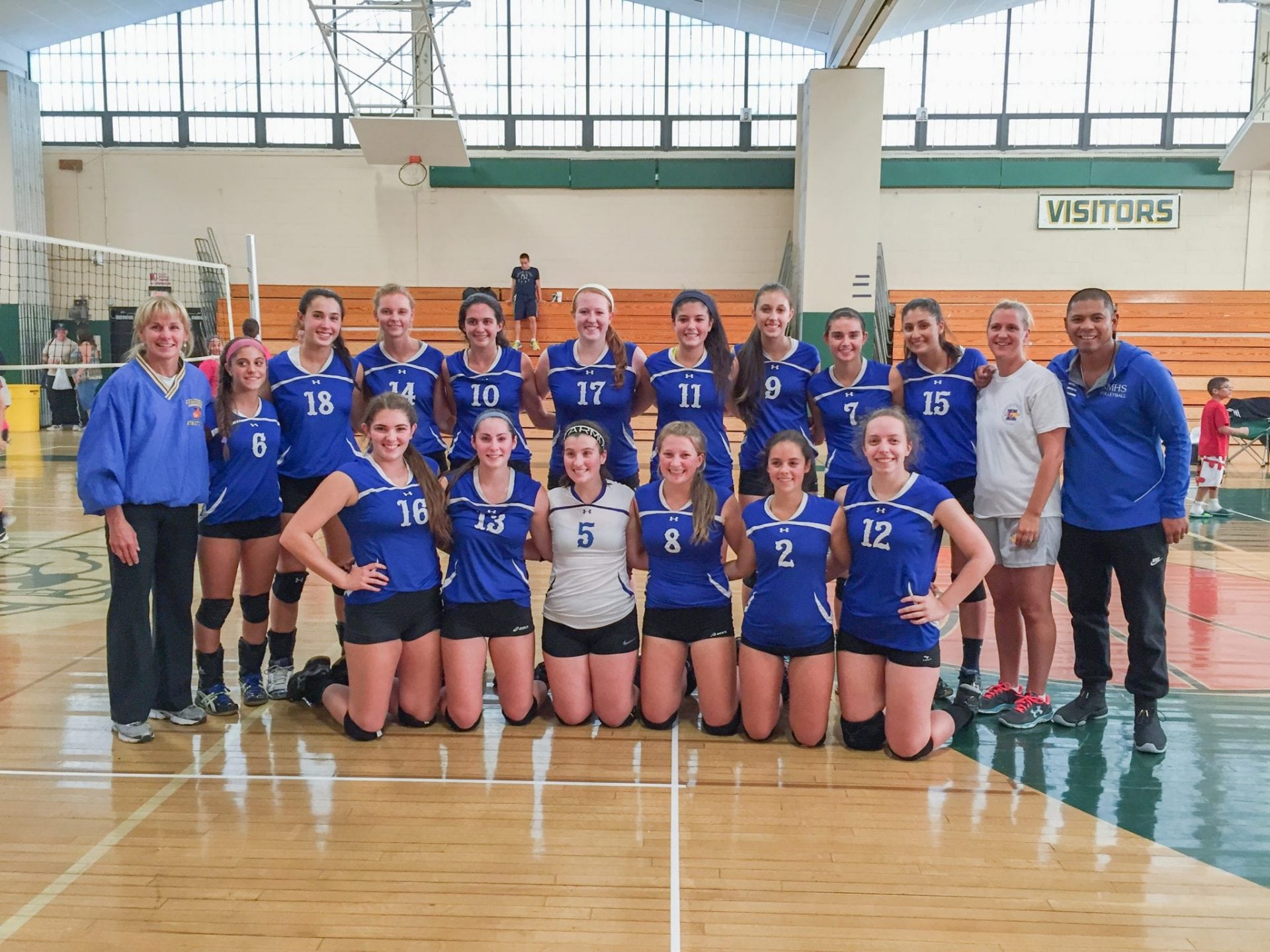 With the score teetering at 13-12 in the championship final, Gabby Caputo launched 2 perfect serves to help Kellenberg seize the title at the Lindenhurst Invitational Volleyball Tournament on Saturday over Nassau County powerhouse Massapequa: 17-25; 25-15; 15-12.
The Firebirds posted a strong record out of pool play, thanks to the 58 service points of Tina Ceriello & Tori Moulder’s 16 blocking points. After cruising through a quarterfinal victory over Half Hollow Hills East, the squad found itself down 1 game to zero against Sachem East before going on a major service tear to capture games 2 and 3 and a berth into the championship.
After dropping the first set to Massapequa, the Firebirds again rallied behind the extensive array of attacks from junior outside hitter, Kate Calabro, who was virtually unstoppable out of the front and back row with 15 kills. Maria Lombardo’s acrobatic 12 digs kept the offense rolling as senior setter Ally Good staved off a nosebleed by creative methods during dead ball play to cap off her 117 assists. 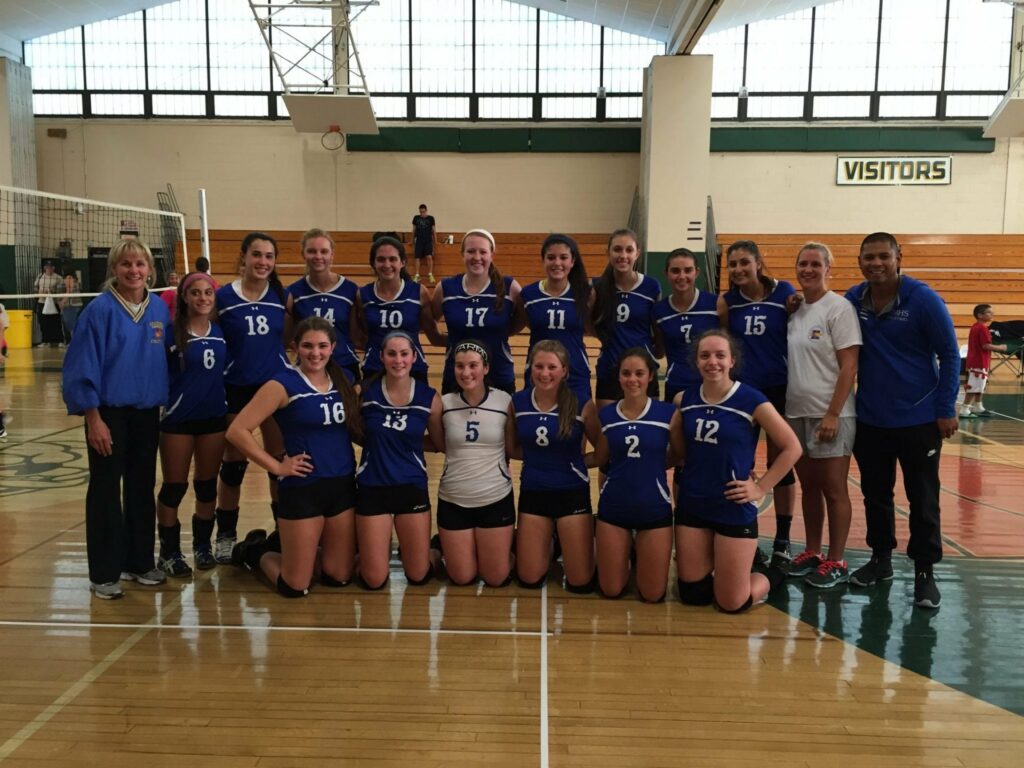