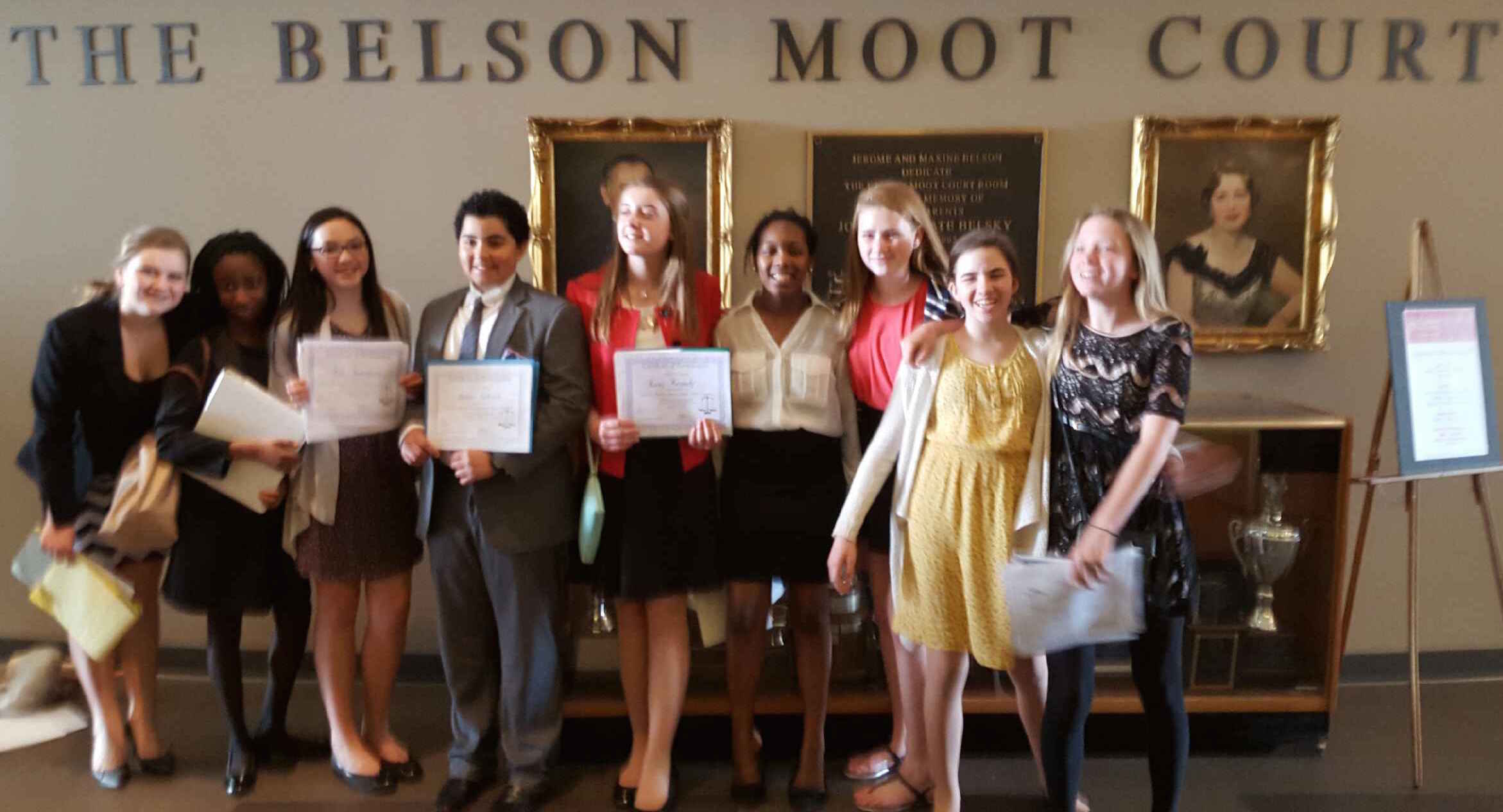 The Latin School Mock Trial Team competed at St. John’s Law School this Saturday against St. Brigid’s at the 13th annual Middle School Competition.  In the mock trial, students recreated a true to life criminal court case, People v. O’Neal.  In the fictitious case, a student, Terry O’Neal, was charged with manslaughter after he was involved in a one car accident.  O’Neal had been speeding and using his cell phone when the accident occurred, causing his SUV to flip over. The Latin School Mock Trial Team represented the People of New York and were prosecuting Terry O’Neal for his recklessness in causing the death of one of his passengers. The Latin School was led by attorneys Jacqueline Callinan (8), Kasey Kennedy (8), Laine Finegan (7), Jayden Soriano (8), Sierra Pradieu (7) and Brenda Okoye (8).  Anya Murphy (8), Ann Hongthong (7) and Erin Harvey (7) were believable prosecution witnesses and offered a compelling picture of O’Neal’s guilt.  At the end of the day, a verdict was rendered that O’Neal was not guilty.  However, the team gained valuable experience in public speaking and in legal procedure, and a fun day was had by all!