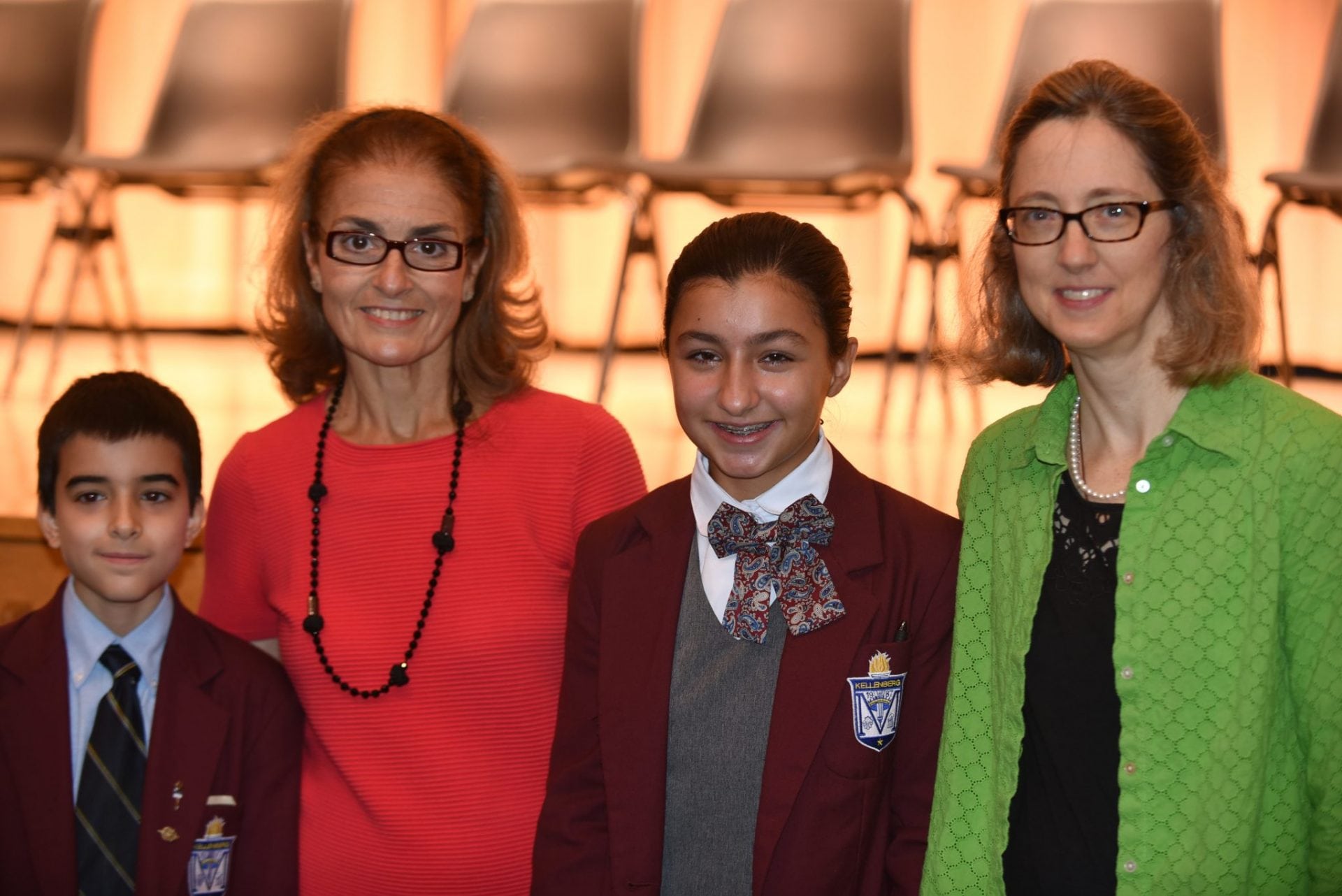 On Tuesday, October 18, the Brother Joseph C. Fox Latin School had its annual Spelling Bee in the Kellenberg Memorial High School auditorium. Thirty-two contestants from grades six, seven, and eight battled through twelve rounds of challenging words such as kerosene, rheumatism, acquittal, repertoire, and miscellaneous. The students continued with endless energy until it came down to the last two winning words – “abdomen” and “parallel”. The winner of the Spelling Bee was Veronica Tadross of 8F, and the runner-up was Anthony Kendric of 7C. Veronica Tadross will continue her spelling achievements and represent Kellenberg Memorial in the local county spelling competition at Hofstra University in February 2017.  Congratulations to Veronica and all the students who participated in the Spelling Bee!