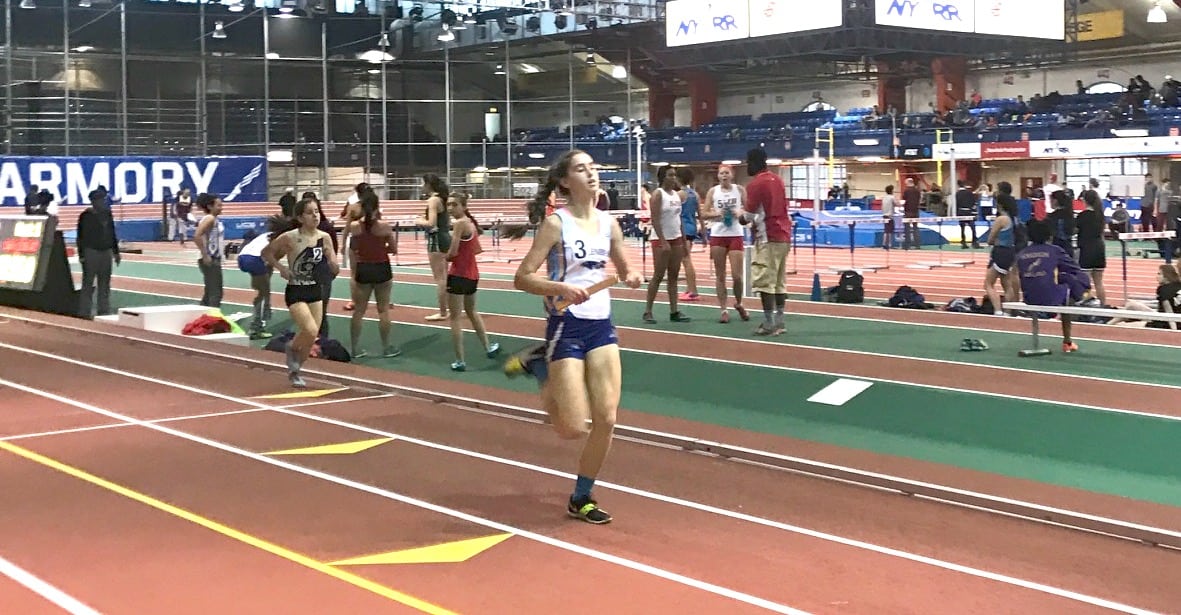 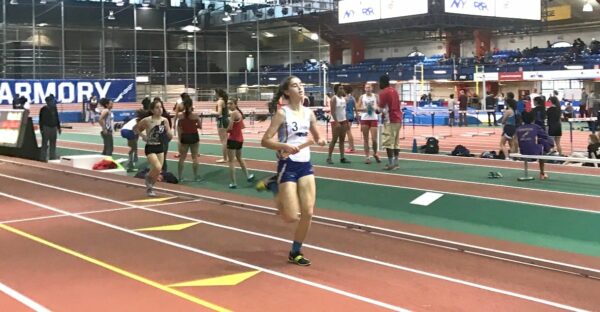 Opening the Kellenberg Track and Field year at the 67th annual CHSAA Relays, the Girl’s team faced their most ominous rival in the first race of the day, Notre Dame Academy of Staten Island. The gun was off in the Distance Medley Relay and despite and the two teams broke immediately away from the field. Nora Bennett ran a fine 1200, handing off the baton in second place. Camryn Beckford took the baton for the 400 leg and cut the deficit to thirty-five meters. Maya Richardson ran an outstanding 800 leg, and the stage was set for Kellenberg anchor Maureen Lewin and the outstanding Notre Dame anchor. Going into the last lap, Lewin was some twenty meters plus down, when she unleashed a furious fighting kick to cross the finish line in first place. Bennett and Lewin came back later in the 4×400 meter relay to join with Gabby Bussereth and Chrissy Foster for the win. Senior Gillian Blackwood won the high jump and took second in the 55meter high hurdles. The freshman 800-meter relay team of Grace Massillon, Kelly Davis, Madison Scott, and Andrea McPherson not only won but broke the meet record by over a second, running 1:54.79. The Varsity next competes at the famed annual Bishop Loughlin Games on the 16th.