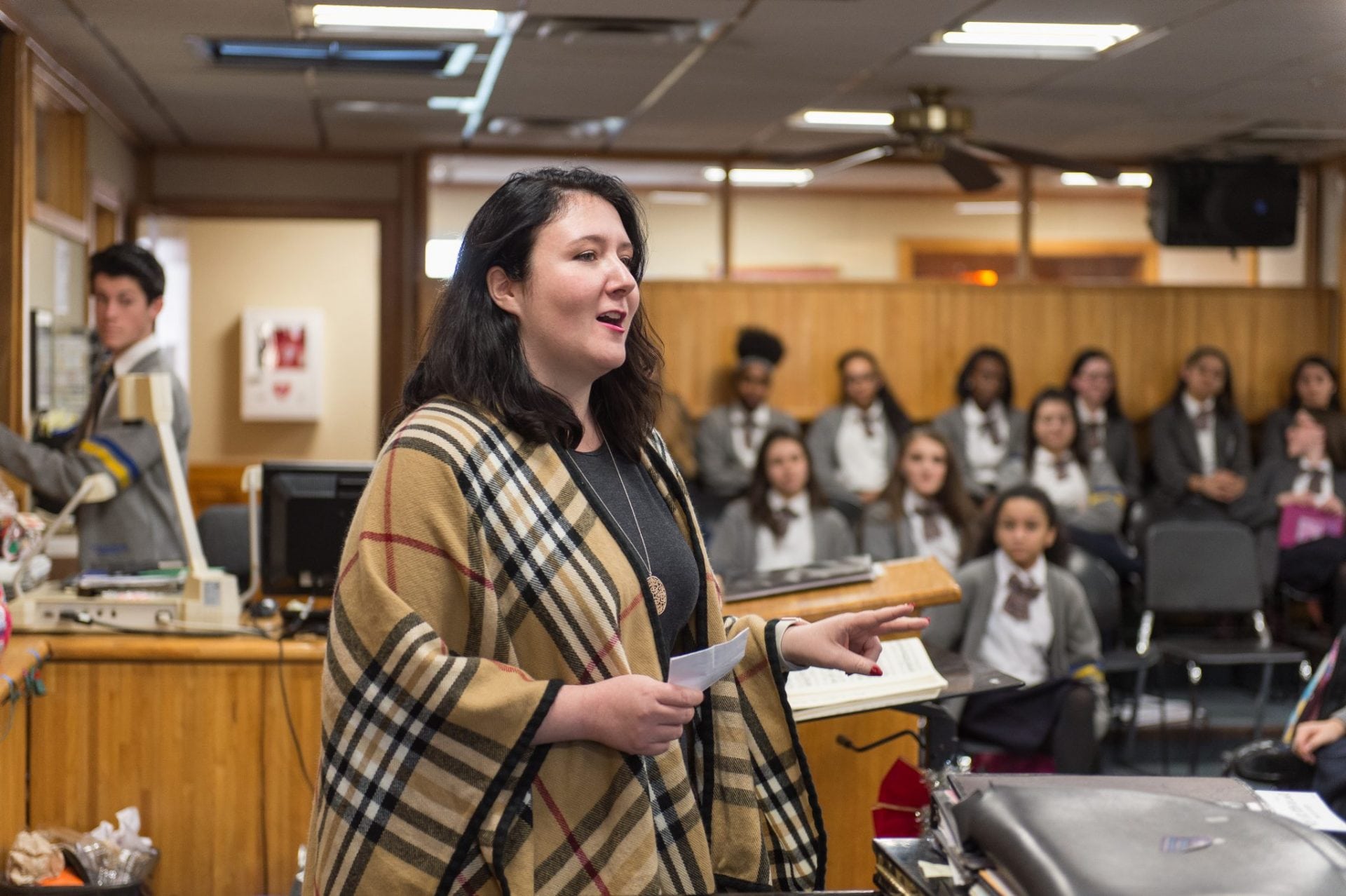 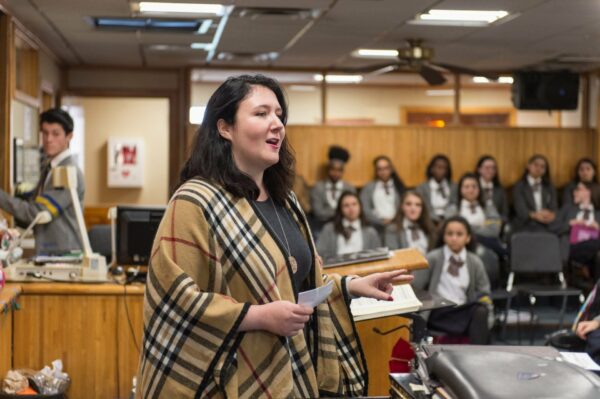 On Monday, December 19, 2017, students in Mr. Blanton’s chorus classes were treated to a special guest lecture by Mary Hangley ’07, a successful professional musician who began singing during her tenure at Kellenberg Memorial.  Mary has distinguished herself in the world of opera as a participant in the Merola Opera Program, a highly competitive summer opera training program which accepts just 23 singers out of over 800 applicants.  Throughout the summer of 2016, Mary and her fellow performers took part in master classes and private coachings with opera’s most accomplished singers and performers and appeared in public performances throughout the summer.
Students welcomed Ms. Hangley by performing a selection from last week’s Christmas Concert.  After hearing about Ms. Hangley’s music education and career thus far, students took part in a lively Q&A session.  They were then treated to a private performance, followed by an explanation of Ms. Hangley’s vocal technique.
Now a first-year Resident Artist with the Minnesota Opera, Ms. Hangley believes that music is a source of healing and happiness during troubling times.  She says, “During this time when it seems like lots of sad things are happening in the world, music is there and will always be there.”
Mary’s story served as a source of inspiration for the members of Kellenberg Memorial’s performing groups.  She explained how finding her true talent as a soprano was not a linear path.  After auditioning and being rejected from three music education undergraduate programs, she was accepted into SUNY Fredonia’s music program when after reapplying during her freshman year there.  That program served as a turning point in her life, as Mary’s voice teacher her junior year recommended that she apply to graduate school for performance.   Mary continued to hone her vocal talents at SUNY Fredonia and secured a full tuition scholarship to Florida State University for her M.M. in performance.