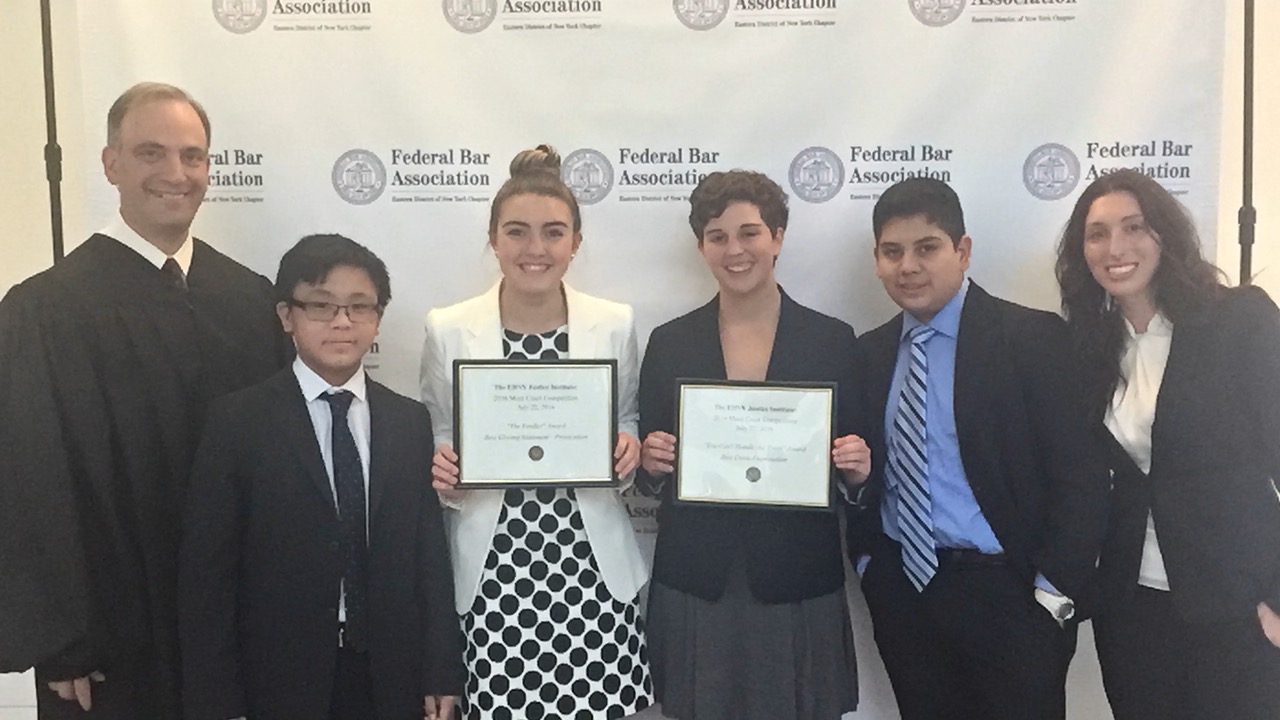 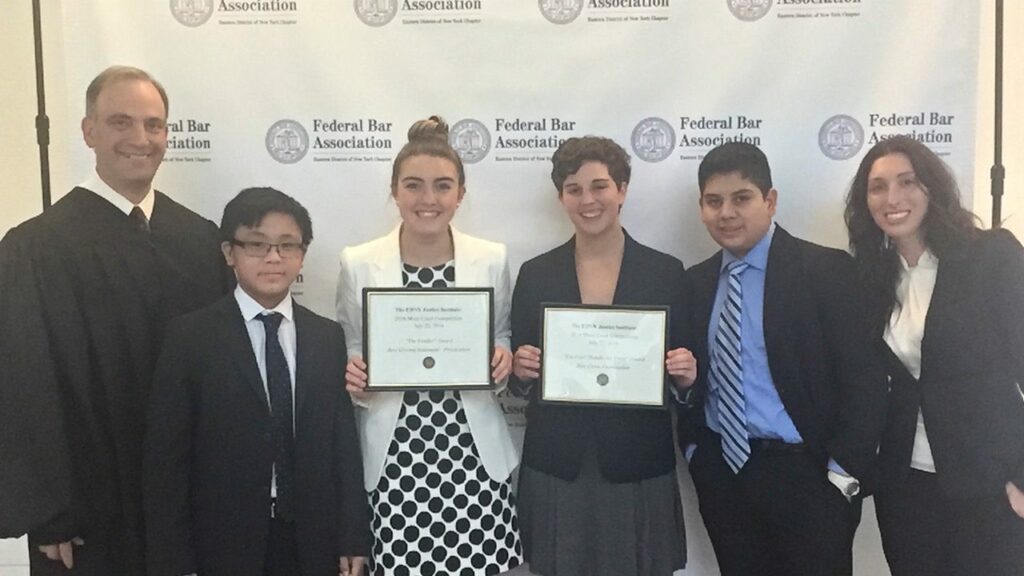 Members of the Kellenberg Memorial Mock Trial Team attended the first ever Justice Institute run by the United States District Court for the Eastern District of New York.
The students attended the institute at the US Federal Courthouse in Central Islip for one week, and studied many aspects of criminal law in a new program overseen by Judge Joseph Bianco.
During the program, the students got to meet members of the US Secret Service, federal prosecutors, federal defenders, and others involved with the federal justice system. The students also learned about guilty pleas, sentencing, and even observed court proceedings, including an actual guilty plea.
Throughout the week, students worked to prepare their case for a Mock Trial competition with help from alumna Stephanie D’Angelo (Kellenberg Memorial ’09, Fordham Law ’17). Over 80 students participated in the competition. The team of Catherine Dotzler, Sergio Arreaga, Katharine Cuneo, and Jules Ayroso won as prosecution against a well-prepared adversary. Catherine Dotzler was awarded the best cross examination for the prosecution. Katharine Cuneo was awarded best closing for the prosecution.