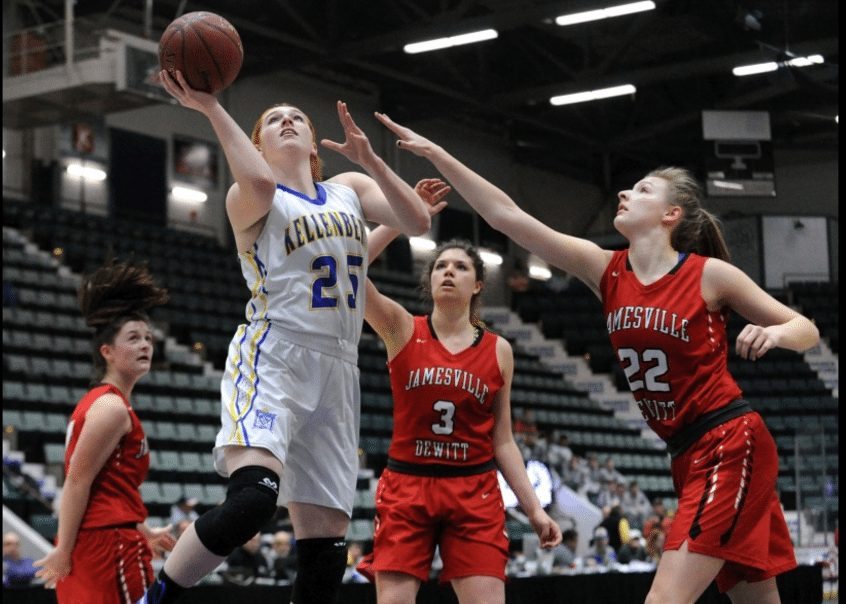 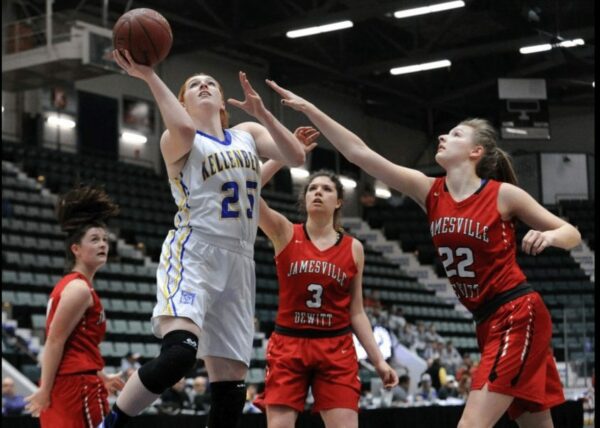 GLENS FALLS – They each received their own curtain call, each walking off the court to a loud ovation from the appreciative Kellenberg crowd in the final minutes of the fourth quarter.

It wasn’t the closing moments of a New York State Class A Federation semifinal victory, but it almost felt like it on the bench before Jamesville-DeWitt closed out a 62-31 win Saturday afternoon at the Glens Falls Civic Center.

That’s because the three senior captains – Alyssa Boll, Jessica Brower and Morgan Staab – each had a great appreciation for the journey rather than the end result.

“I could not be more proud of everything we’ve done and accomplished,” Staab said. “It was the best way to end my senior year. It was awesome.”

The Adelphi-bound forward, who had 14 points and seven rebounds, fouled out with 5:47 left in the fourth. She was soon joined on the bench by Boll, who had nine points, and finally Brower.

The fleeting disappointment was quickly replaced by laughter.

“These girls are like my family,” Staab said. “When we’re on the bench, my two best friends, we just look at each other and we just smile.”