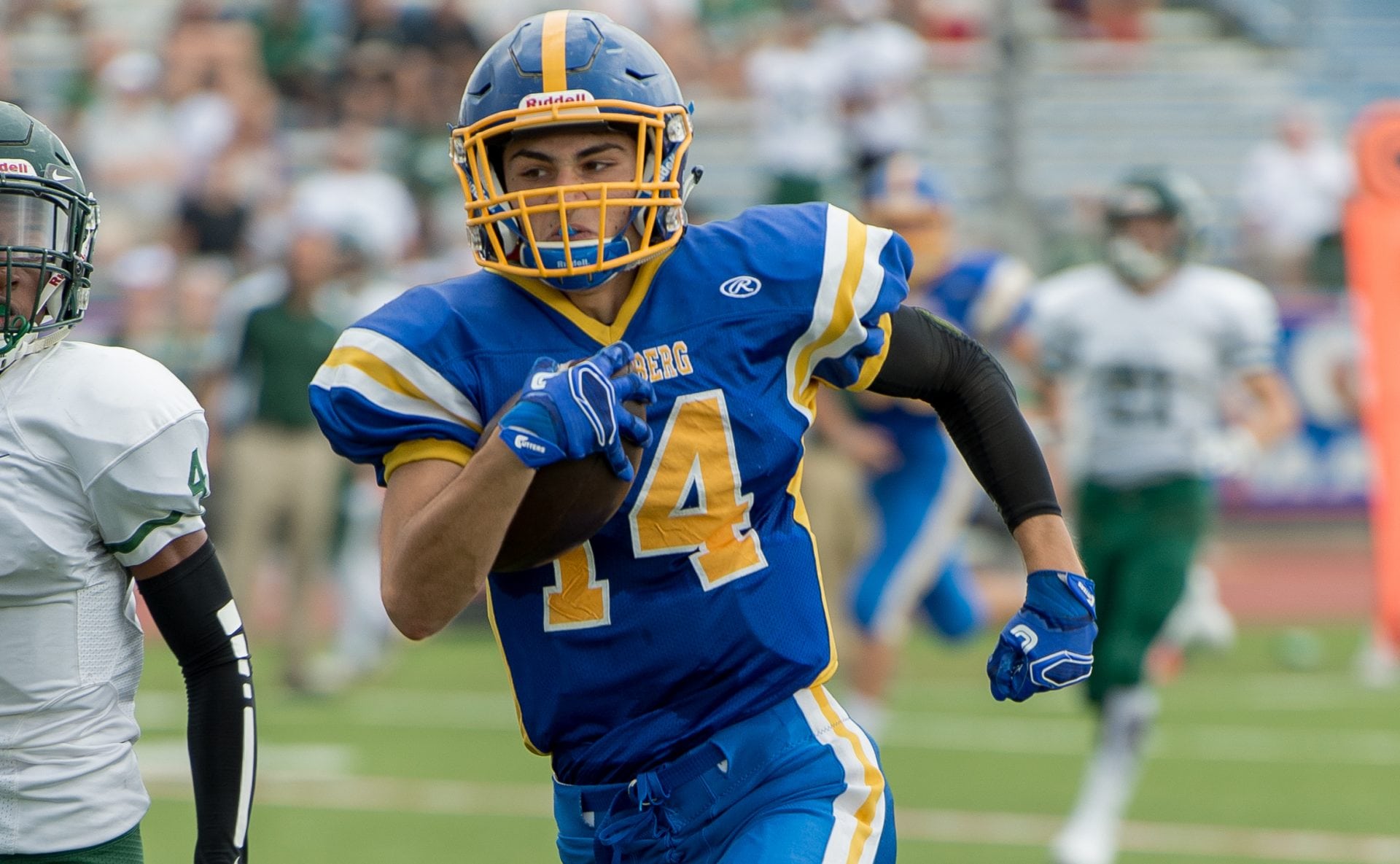 These birds weren’t interested in flying. They wanted to run.

The Kellenberg football team dominated from the opening whistle on Sunday afternoon, showcasing a dominant rushing attack as the Firebirds rolled to a 45-0 victory over Holy Trinity in CSHFL play at Mitchell Athletic Complex.

The squad racked up 429 yards on the ground, scoring on all but three of their drives to erase memories of last year’s season-ending loss to the Titans.

“We have a bunch of kids who can play,” said Kellenberg coach Kevin Hanifan. “I have a very, very talented junior group. They’ve had very good success in football and we’re just trying to feed off of that. We let kids play and try to put them in the right spot.”

Kellenberg started strong from the get-go, scoring on all three of its first-quarter drives. The Firebirds (2-0) broke tackles, weaved their way through open lanes and followed their blocks, setting Holy Trinity’s defense back on its collective toes to jump out to a 19-0 lead after the first quarter.