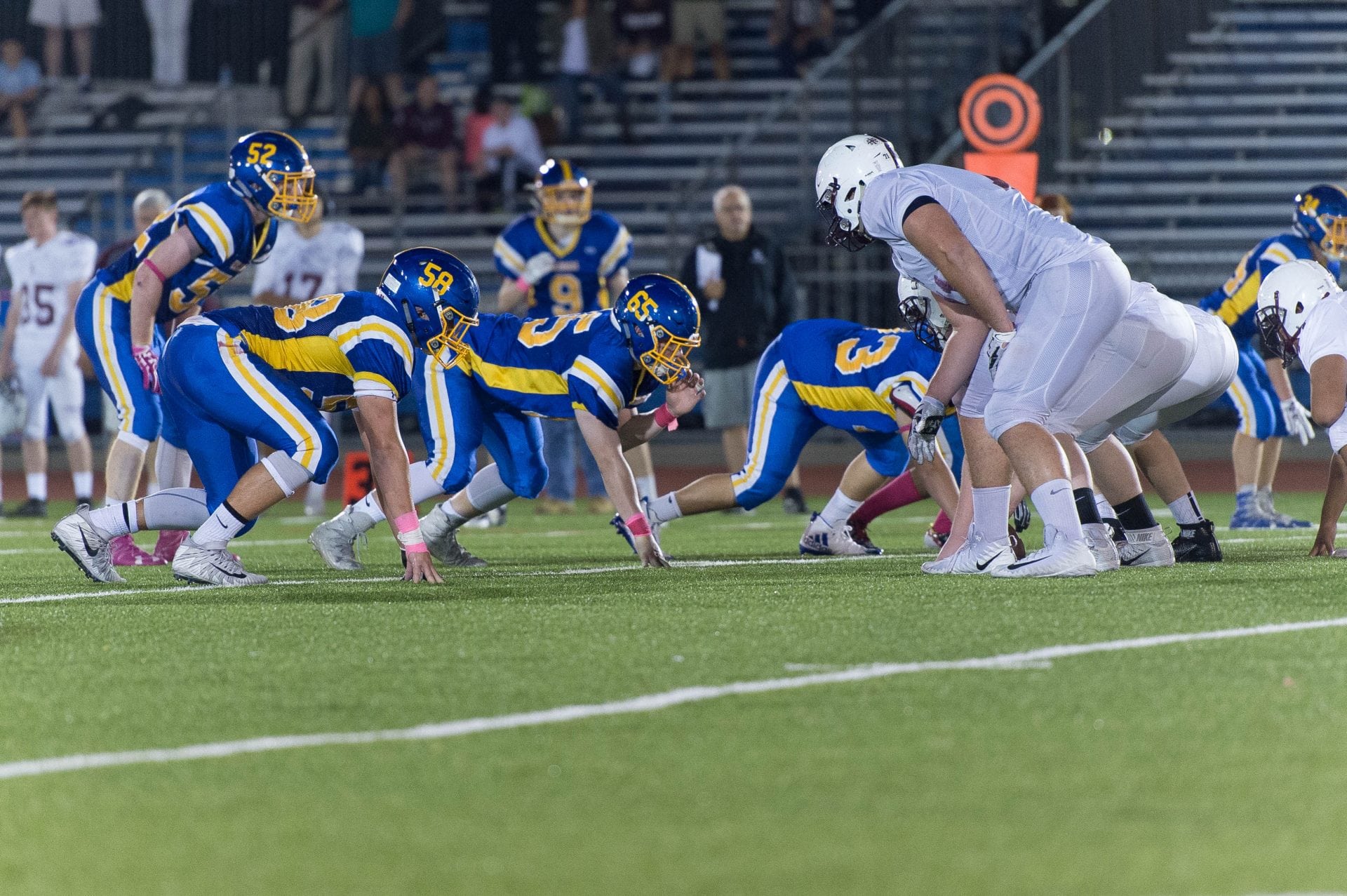 On a night when Fordham Prep quarterback Matt Valecce made history, Kellenberg signal caller Matthew Sluka and the Firebirds’ defense managed to steal the show.

“I heard all week, Matt Valecce’s great, and he is great,” Sluka said. “After playing against him, he’s great. He’s definitely someone different. But it really came down to our team effort.”

Kellenberg’s effort was evident on both sides of the ball in a wild, back-and-forth game that may have been a preview of the CHSFL Class AA championship. In the end, Kellenberg defeated Fordham Prep, 34-24, under the lights at Mitchel Athletic Complex in Uniondale Friday night.

Sluka had three rushing touchdowns in the game, including an 80-yard score with 9:57 left in the third quarter that put his team up for good. On 1st-and-10 from his own 20, Sluka ran down the left sideline and eluded the Fordham Prep defense to put the Firebirds ahead 27-24. He scored again on a run up the middle with 3:28 remaining in the game to put the finishing touches on the win.

“The kid is one of the best athletes I ever coached,” Kellenberg head coach Kevin Hanifan said of Sluka, who also had an 11-yard touchdown on the ground and finished with 205 yards on 18 carries.