Newsday: 99% of Kellenberg grads will head to college 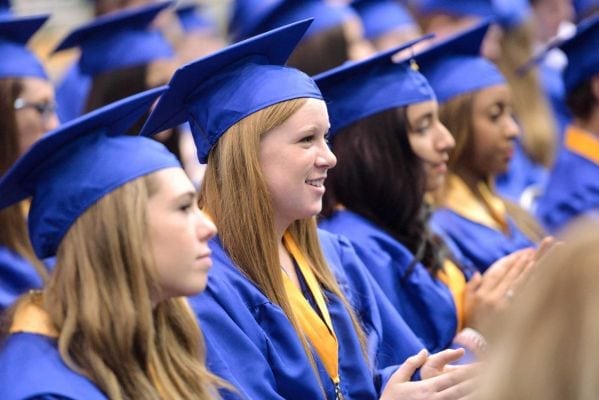 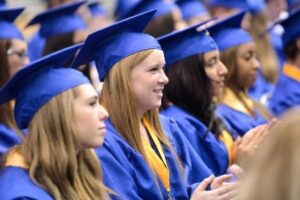 Photo credit: Frank Posillico | Maggie Corrigan, 18, was among the 515 graduates of Kellenberg Memorial High School. Her fellow students and teachers held a fundraiser for her family after their home burned down in 2011. (June 2, 2013)

When Maggie Corrigan’s Long Beach home burned down in 2011, her classmates and teachers at Kellenberg Memorial High School in Uniondale quickly stepped in and organized a fundraiser that brought in about $30,000 to help her family.
“Even people that didn’t know me helped out,” said Corrigan, 18, who was among 515 blue-capped Firebirds to graduate at a Hofstra University ceremony on Sunday. “I don’t know what we would have done if it weren’t for the school.”
While the efforts of those at the school were extraordinary, Corrigan said it is common for people at the school to go out of their way for others.

Congratulations to the class of 2013!