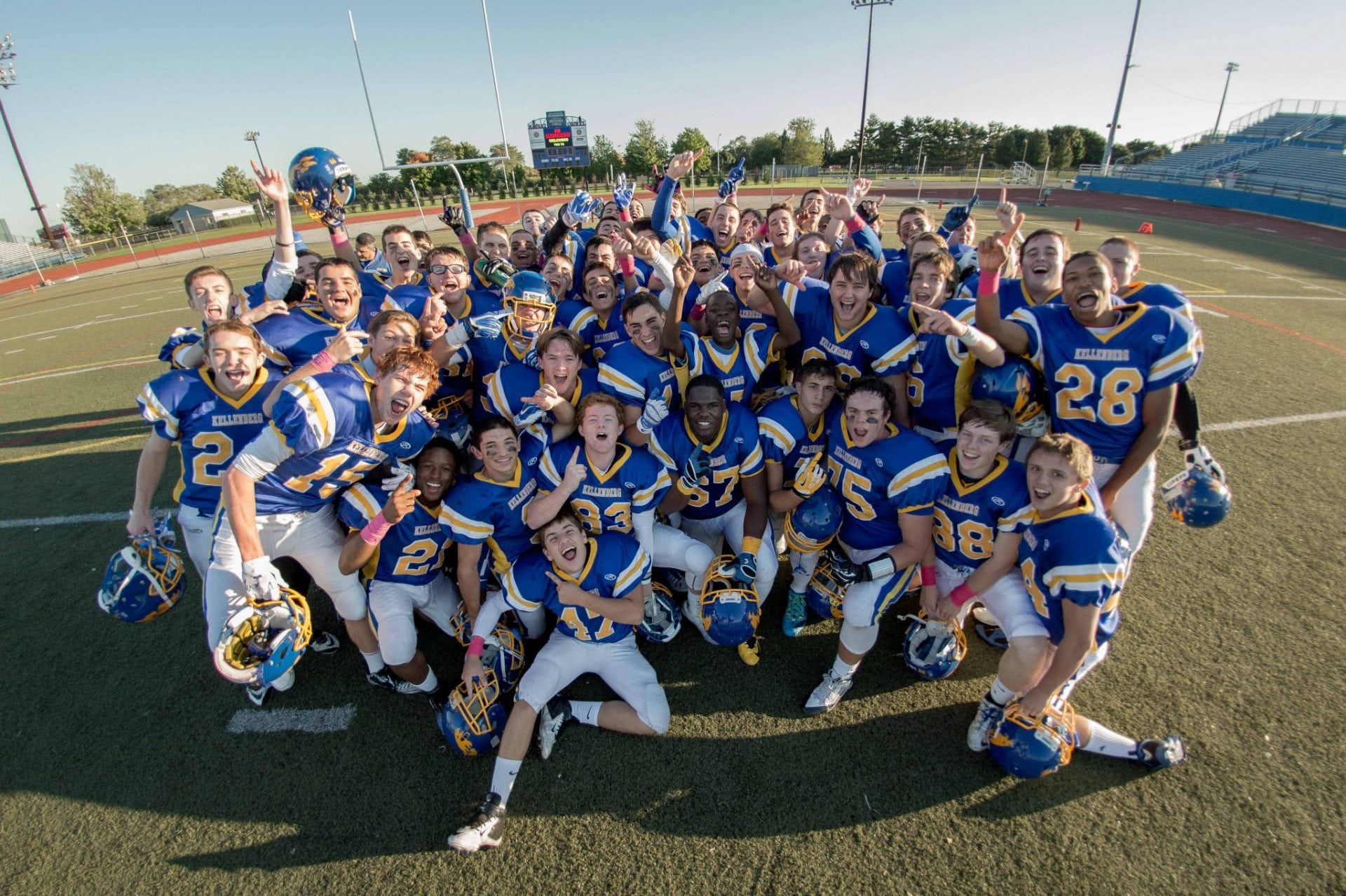 Hackley School had Kellenberg’s defense right where it wanted it.
Trailing 10-7 with two minutes remaining, Hackley quarterback Ryan Walker took over on Kellenberg’s 30-yard line.
Following a 19-yard completion to Winston Britton on first down that placed the ball at the 11 with 1:47 remaining, Walker again tried to fit one in to Britton in the end zone, only to see the ball land incomplete.
On second-and-10, Anthony Leone had seen enough. The Firebirds’ defensive end sacked Walker for a loss of 10. One play later, Kellenberg’s Nolan Duschere and Jesse McGlone ended it. Duschere’s hit on Jack Hogan at the 10-yard line resulted in a fumble and a recovery by McGlone.
And that’s how Kellenberg held on to defeat Hackley School, 10-7, in a non-league win Sunday at Mitchel Athletic Complex in Uniondale.

Read the full article on Newsday.com at http://www.newsday.com/sports/high-school/football/anthony-leone-s-sack-keeps-kellenberg-on-top-1.9470158