Newsday: Kellenberg softball team off to a strong start 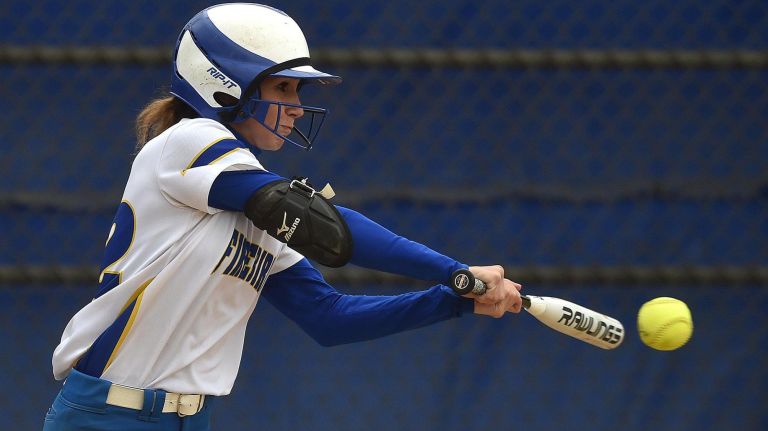 Stephanie Conrade puts a ball in play that results in a run in bottom of second inning of a CHSAA softball game against St. Anthony’s at Kellenberg on April 12. Kellenberg won, 8-5. Photo Credit: James Escher

The Kellenberg softball team needed to get creative.

With their championship series set for the same day as the Kellenberg varsity banquet last year, the Firebirds were going to have to wait for another day to receive their individual awards. The players were OK with that though, because they still had bigger goals in mind — a CHSAA title.

After falling behind 9-0 to St. Anthony’s May 24, 2018 in the CHSAA championship game, the Firebirds wouldn’t quit. They scored six runs in the final four innings, threatening in the seventh before falling, 9-6.

A few weeks after the loss, the team organized their own banquet with pizza. And talked about the past and the future.

“We talked a lot about how we would move forward and we were so close last year,” said outfielder Stephanie Conrade (of Franklin Square). “We realized with working hard every day and putting our hearts into it, our goal is definitely achievable and we held on to that mentality this year.”