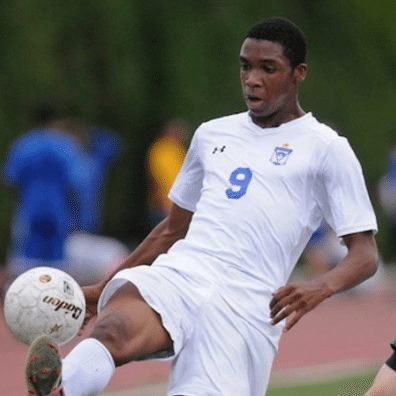 From Newsday’s Will Sammon:

Rudley Dorce said he was heartbroken.
Two weeks ago, Dorce was removed from the Kellenberg boys soccer team’s starting lineup because he was underperforming, according to coach William Masiulis.
“He wasn’t playing to the level of what I know he was capable of,” Masiulis said. “He just didn’t seem comfortable. We needed him to work on developing his touch.”
At first, the benching crushed the senior forward, who didn’t make the team last year. In recent practices, however, Dorce responded with a work ethic that forced Masiulis to give him a second chance.
So Thursday, Masiulis decided it was time to start Dorce.
Wouldn’t you know it . . .
Dorce scored three goals as host Kellenberg defeated Holy Trinity, 6-0, in a CHSAA matchup.