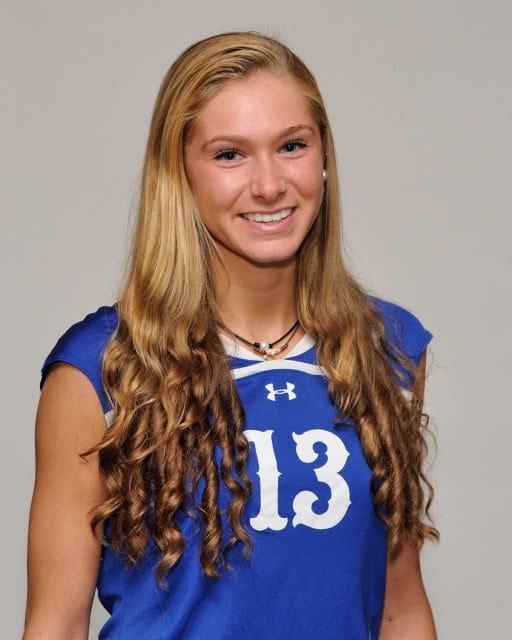 An excellent server, Cote converted 93.7 percent of her serves last season to go along with 224 digs and 196 kills.

If you’ve ever wandered into the Kellenberg gym on a Tuesday or Thursday game day and watched the varsity volleyball team in action, you could not help noticing a particular player who combines the paradoxical combination of elegance and power: outside hitter Kiersten Cote.  The Firebird community is proud to announce that Kiersen was selected as one of Newsday’s Top Volleyball Players to Watch for this 2016 season!

Last season as a starting outside hitter, Kiersten compiled some very impressive statistics–93% service accuracy, 196 kills, 64 blocks, and 224 digs–and was named to the American Volleyball Coaches Association Underclassmen Phenom List.  This year, Kiersten is off to another rousing start, leading the team in kills and garnering a place on the All-Tournament team this past Saturday at Wantagh HS.  Because of her two year contributions thus far, this September she was named to the 2016 Under Armor All-American Watch List.

Congratulations to our Firebird, Kiersten Cote!