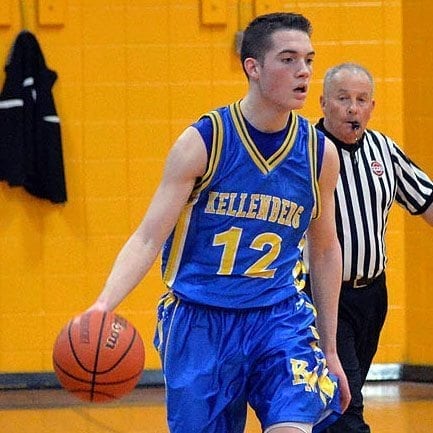 At Kellenberg, it doesn’t matter what position you play. It doesn’t matter where you are on the court. It doesn’t matter what class you’re in.
Just be ready to shoot.
“We have a policy,” Kellenberg coach Jack McCutcheon said. “If you have an open shot, you take it.”
Kellenberg got plenty of open looks and knocked down plenty of open shots on its way to a key 78-66 CHSAA victory Tuesday night over St. John the Baptist, spoiling Senior Night for the host Cougars.
Sophomore Steve Torre showed upper-class poise for Kellenberg (6-3) by scoring 13 of his 29 points in the fourth quarter. His brother Mike, a junior, added 15 and senior Ryan Durney scored 12 of his 16 in the second half.
But it was the younger Torre who…